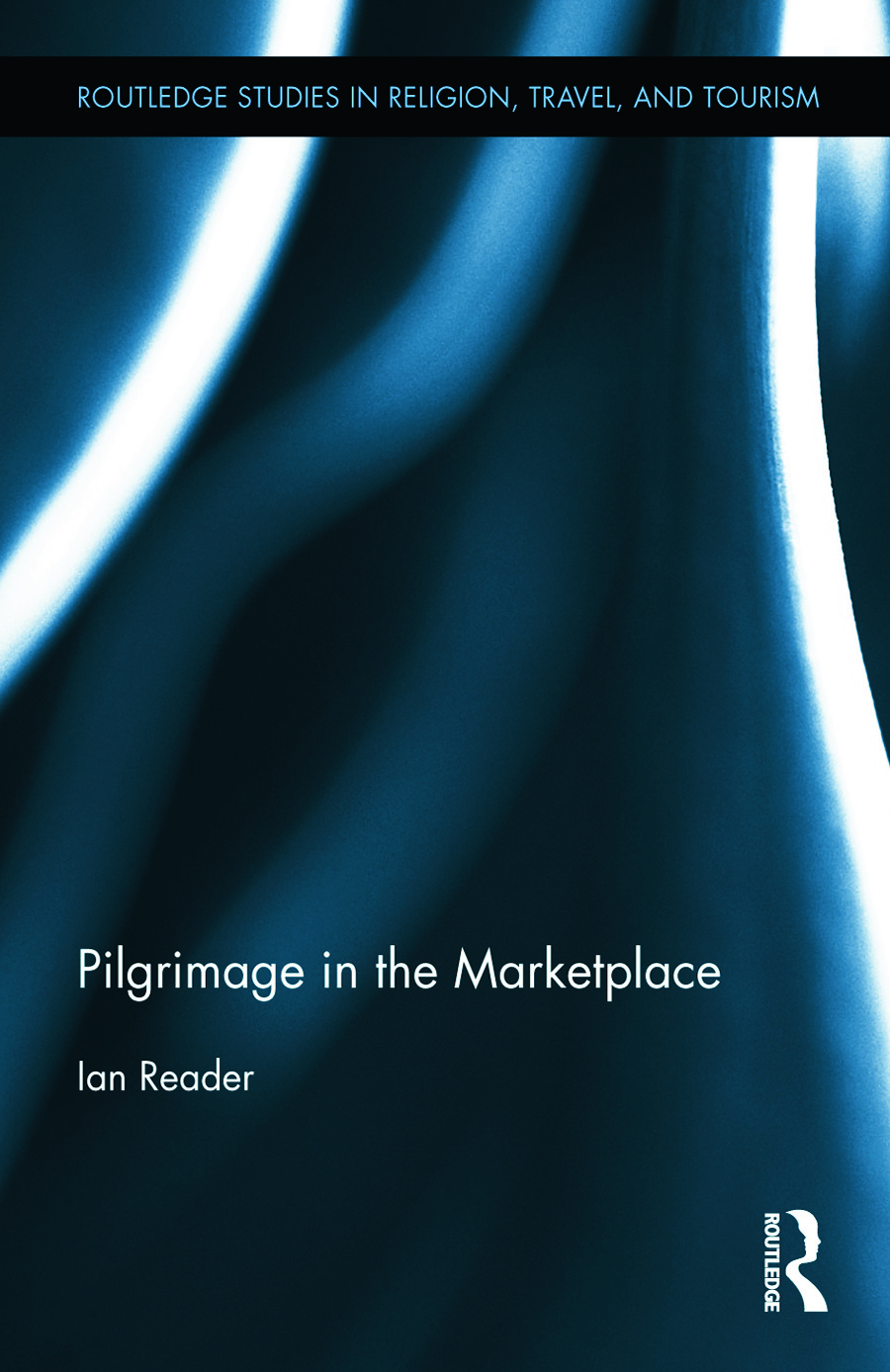 Pilgrimage in the Marketplace

The study of pilgrimage often centres itself around miracles and spontaneous populist activities. While some of these activities and stories may play an important role in the emergence of potential pilgrimage sites and in helping create wider interest in them, this book demonstrates that the dynamics of the marketplace, including marketing and promotional activities by priests and secular interest groups, create the very consumerist markets through which pilgrimages become established and successful – and through which the ‘sacred’ as a category can be sustained.

By drawing on examples from several contexts, including Japan, India, China, Vietnam, Europe, and the Muslim world, author Ian Reader evaluates how pilgrimages may be invented, shaped, and promoted by various interest groups. In so doing he draws attention to the competitive nature of the pilgrimage market, revealing that there are rivalries, borrowed ideas, and alliances with commercial and civil agencies to promote pilgrimages. The importance of consumerism is demonstrated, both in terms of consumer goods/souvenirs and pilgrimage site selection, rather than the usual depictions of consumerism as tawdry disjunctions on the ‘sacred.’ As such this book reorients studies of pilgrimage by highlighting not just the pilgrims who so often dominate the literature, but also the various other interest groups and agencies without whom pilgrimage as a phenomenon would not exist.

‘In his inimitable style, Ian Reader, the most prominent and highly respected scholar of contemporary Japanese religion writing today, draws upon Japan’s vibrant traditions of pilgrimage to provide an important corrective to much scholarship on pilgrimage throughout the world that, until now, has focused primarily on the spirituality or sacredness of religious travel. Pilgrimage in the Marketplace is sure to shift the terms of discussion, helping readers understand the complex position of pilgrimage in our contemporary, consumer-oriented world.’ – Sarah Thal, University of Wisconsin, Madison, USA

‘This is a boldly written book which challenges assumptions about why pilgrimage seems so popular in the contemporary world.’

"Reader’s attempts to deconstruct the binary opposition between the sacred and the profane are exemplary. The examples he provides throughout the book urge us to think beyond the sacred/profane divide, and to analyze in details the intricate relationships between religion, economy, media, and tourism… Reader’s insights and rich ethnographical data are major contributions to our understanding of the fields of pilgrimage studies and religious studies as a whole." - François Thibeault, Université du Québec à Montréal, Canada

"This is a key work not only to learn something about contemporary pilgrimage, but also for pondering the larger theoretical issue of religion and secularization. It also highlights the importance theoretically of taking a comparative perspective, something that is rarely done as well as this volume in today’s scholarship." – Mark MacWilliams, Religious Studies Review

Ian Reader is Professor of Religious Studies at Lancaster University. He was previously Professor of Japanese Studies at the University of Manchester, and has worked at academic institutions in Japan, the UK, Denmark and Hawaii. His main research interests are on pilgrimage and on religion in the modern world.

The public prominence of religion has increased globally in recent years, while places associated with religion, such as pilgrimage centers, and famous cathedrals, temples and shrines, have attracted growing numbers of visitors and media attention. Such developments are part of a global process where different forms of travel – physical movement such as labor and lifestyle migration, tourism of various forms, the cultural heritage industry and pilgrimage – have become a major feature of the modern world. These translocal and transnational processes involve flows of not just people but also material objects, ideas, information, images and capital.

The public prominence of religion aligned to the modern growth of tourism (sometimes now claimed as the world’s single largest industry) has created a new dynamic relationship between religion, travel and tourism. It has been mirrored by expanding academic research in these areas over the last twenty years across a variety of disciplinary areas, ranging from anthropology, sociology, geography, history and religious studies to newly emergent areas such as tourism and migration studies. Such studies have also expanded exponentially in terms of the geographic spread of places, religions and regions being researched.

This series provides a new forum for studies based around these themes, drawing together research on the relationships between religion, travel and tourism. These include studies from global and cross-cultural perspectives of topics, such as: