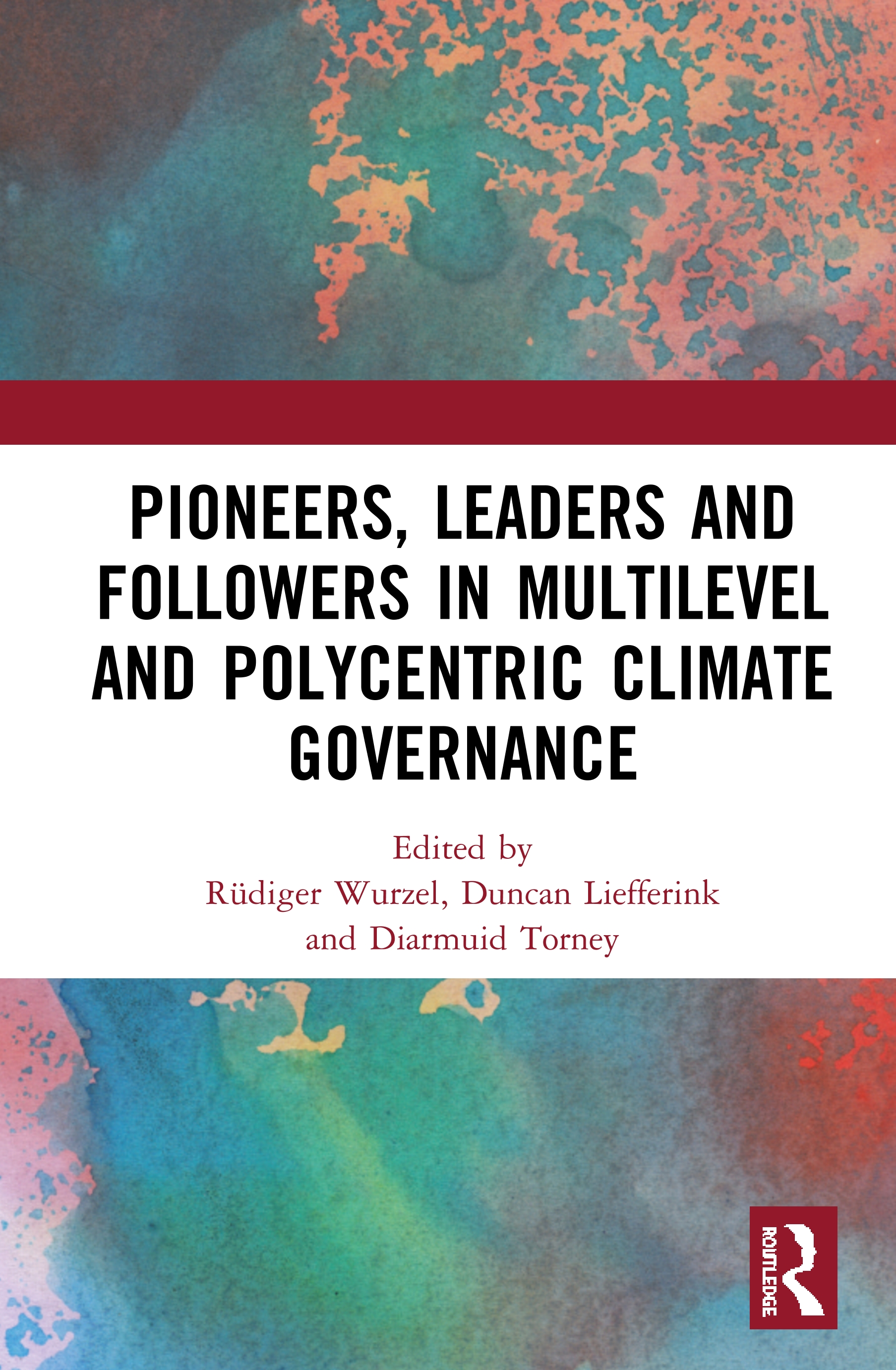 Pioneers, Leaders and Followers in Multilevel and Polycentric Climate Governance

A burgeoning literature has identified pioneers and leaders as central drivers for international climate change governance innovations. A wide range of actors (such as international organisations, the European Union, NGOs, corporations and cities) have been identified as potential and actual climate pioneers and/or leaders. Despite this, much of the academic debate is still largely focused on states. To address this research gap, this volume focuses primarily on non-state actors in different multilevel and polycentric governance structures. The chapters offer a critical analysis of the different types of actors (e.g. the EU, corporate actors, NGOs and cities) who can act as pioneers and/or leaders at different levels of climate governance (including the international, supranational, regional, national and local) encompassing non-state and state actors. The volume provides a clear conceptualisation of pioneers, leaders and followers while assessing their motives, capacities, styles and strategies. It examines critically the dynamic interrelationship between leaders and pioneers on the one hand, and followers and laggards on the other. Moreover, it analyses how multilevel and polycentric climate governance structures enable and/or constrain climate pioneers, leaders and followers.

This volume will be of great use to scholars of environmental governance, climate change, and international governance. The chapters were originally published as a special issue in Environmental Politics.

1. Pioneers, leaders and followers in multilevel and polycentric climate governance

5. The oil and gas sector: from climate laggard to climate leader?

9. Follow the leader? Conceptualising the relationship between leaders and followers in polycentric climate governance

is Assistant Professor in the Environmental Governance and Politics group, Institute for Management Research, at Radboud University Nijmegen, The Netherlands.

is Associate Professor in the School of Law and Government in Dublin City University, Ireland.