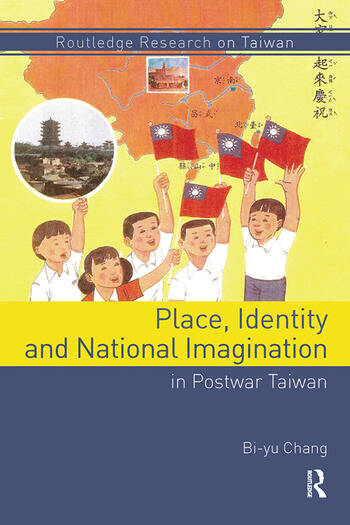 In the struggles for political and cultural hegemony that Taiwan has witnessed since the 1980s, the focal point in contesting narratives and the key battlefield in the political debates are primarily spatial and place-based. The major fault line appears to be a split between an imposed identity emphasizing cultural origin (China) and an emphasis on the recovery of place identity of ‘the local’ (Taiwan).

explores the ever-present issue of identity in Taiwan from a spatial perspective, and focuses on the importance of, and the relationship between, state spatiality and identity formation. Taking postwar Taiwan as a case study, the book examines the ways in which the Kuomintang regime naturalized its political control, territorialized the island and created a nationalist geography. In so doing, it examines how, why and to what extent power is exercised through the place-making process and considers the relationship between official versions of ‘ROC geography’ and the islanders’ shifting perceptions of the ‘nation’. In turn, by addressing the relationship between the state and the imagined community, Bi-yu Chang establishes a dialogue between place and cultural identity to analyse the constant changing and shaping of Chinese and Taiwanese identity.

With a diverse selection of case studies including cartographical development, geography education, territorial declaration and urban planning, this interdisciplinary book will have a broad appeal across Taiwan studies, geography, cultural studies, history and politics.

1. Introduction: Homeland Building: Nationalism, Identity, and Geographical Imagination in post-war Taiwan 2. Building Castle in the Sand: The Construction of National Imagination and Territorial Ownership in the ROC Yearbooks (1951-2010) 3. Maps, Modernity, and the State: Taiwan’s Post-war Cartographic Development and Changing National Rhetoric 4. The Rise and Fall of Sanminzhuyi Utopia: The Spatiality of Power in the Construction and Dismantling of Chunghsing New Village 5. Home is a Foreign Country: The ‘National Geography’ in Post-war Elementary Education (1945-2000) 6. Postscript: Home and Beyond

Bi-yu Chang is Deputy Director of the Centre of Taiwan Studies at the School of Oriental and African Studies, University of London, UK.

"Chang Bi-yu...the rich empirical data she has provided in each of her four case studies is thoughtfully analyzed, resulting in a broad-ranging picture of the KMT’s attempts to employ cartographic representations, yearbook spatial discourse, elementary-school geography textbooks, and urban planning to solidify domestic support for its rule in Taiwan and to legitimate its claims over the “innate national territory” of Free China. One can only hope that this fine research will stimulate even greater interest in the history of cartography, spatial discourse, and urban planning in postwar Taiwan."
Douglas Fix, professor of History and Humanities at Reed College.
Cross-currents: East Asian History and Culture Review, Review Essay