Plantation Societies in the Era of European Expansion 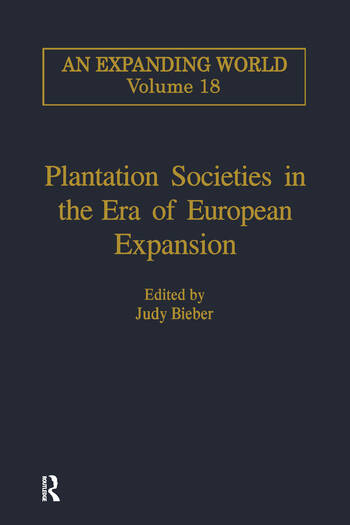 Plantation Societies in the Era of European Expansion

The emergence of a widespread ’plantation complex’, in which slave labour produced crops such as sugar on large estates funded by European capital, was a phenomenon of the New World. This book shows how the institution of slavery was transformed by the demand for labour in the Americas, to fill the gap between conquerors and vanquished Indians and to work in mines, workshops, ranches and, above all, on the new plantations that were established to exploit the empty lands. The essays use quantitative methodology to draw conclusions about slave existence and demography, and examine the profitability and varying degrees of harshness of slave systems in different regions. They also consider the questions of manumission and slave resistance.

'European and Non-European Societies and Christianity and Missions along with the other volumes in An Expanding World should become a standard collection for any academic library. The invaluable bibliography, the variety of themes, and the historical problems will engage students of all levels, undergraduate, graduate, and postdoctoral, in many aspects of early modern and world history for years to come.' Sixteenth Century Journal, Vol. XXX, No. 1 'This book goes a long way to help us understand that there is no all-purpose definition of a plantation society.... far from making the case for Europe's omnipotence, Plantation Societies offers rich detail from around the hemisphere that, to borrow a phrase from Mechal Sobel, became "the world they made together."' Journal of World History