Plants, People, and Culture
The Science of Ethnobotany

Plants, People, and Culture: The Science of Ethnobotany

Is it possible that plants have shaped the very trajectory of human cultures? Using riveting stories of fieldwork in remote villages, two of the world’s leading ethnobotanists argue that our past and our future are deeply intertwined with plants. Creating massive sea craft from plants, indigenous shipwrights spurred the navigation of the world’s oceans. Today, indigenous agricultural innovations continue to feed, clothe, and heal the world’s population. One out of four prescription drugs, for example, were discovered from plants used by traditional healers. Objects as common as baskets for winnowing or wooden boxes to store feathers were ornamented with traditional designs demonstrating the human ability to understand our environment and to perceive the cosmos. Throughout the world, the human body has been used as the ultimate canvas for plant-based adornment as well as indelible design using tattoo inks.

Plants also garnered religious significance, both as offerings to the gods and as a doorway into the other world. Indigenous claims that plants themselves are sacred is leading to a startling reformulation of conservation. The authors argue that conservation goals can best be achieved by learning from, rather than opposing, indigenous peoples and their beliefs.

• An engrossing narrative that invites the reader to personally engage with the relationship between plants, people, and culture

• New to this edition—"Plants That Harm," a chapter that examines the dangers of poisonous plants and the promise that their study holds for novel treatments for some of our most serious diseases, including Alzheimer’s and substance addiction

Designed for the college classroom as well as for lay readers, this update of Plants, People, and Culture entices the reader with firsthand stories of fieldwork, spectacular illustrations, and a deep respect for both indigenous peoples and the earth’s natural heritage.

1. People and Plants. 2. Plants That Heal. 3. Plants That Harm. 4. From Hunting and Gathering to Haute Cuisine. 5. Plants as the Basis for Material Culture. 6. Entering the Other World. 7. Biological Conservation and Ethnobotany.

Michael J. Balick is Vice President and Director of the Institute of Economic Botany and Senior Philecology Curator at The New York Botanical Garden. He has studied the relationship between plants, people, and culture in the Amazon Valley, Central and South America, the Middle East, Asia, and Oceania.

Paul Alan Cox, recognized by Time Magazine as a “Hero of Medicine” for his ethnobotanical search for new medicines, was awarded the Goldman Environmental Prize for his conservation efforts with indigenous peoples. He founded the island conservation organization Seacology and is Director of the Brain Chemistry Labs in Jackson Hole, Wyoming.

'Balick and Cox’s new edition of Plants, People, and Culture is both a superb ethnobotanical resource for students of the discipline, and a thoroughly good read for any- and everybody interested in knowing more about the ancient and enduring relationship between plants and people. Balick and Cox continue to set the standard for what a great ethnobotanical text should be, and this 2nd edition can only enhance Plants, People, and Culture’s iconic status.' 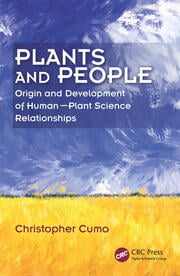 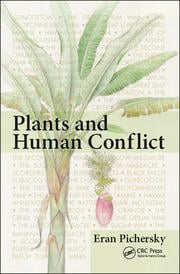