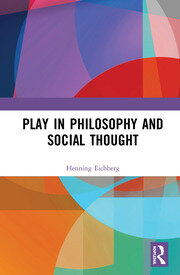 To understand play, we need a bottom-up phenomenology of play. This phenomenology highlights the paradox that it is the players who play the game, but it is also the game which makes us players. Yet what is it that plays us, when we play? Do we play the game, or does the game play us? These questions concern the relation between the playing subject and play as something larger than the individual – play as craft, play as rhythm, play between normality and otherness, even play as religion, as a sense of spiritual play between self and other.

This goes deeper than the welfare-political or educational intention to make people play or play more, or to advise individuals to play in a correct and useful way. Exploring topics such as identity, otherness, and disability, as well as activities including skiing, yoga, dance and street sport, this interdisciplinary study continues the work of the late Henning Eichberg and sheds new light on the questions that play at the borders of philosophy, anthropology, and the sociology of sport and leisure.

Introduction: If the game plays the player…

Part I: Play and Identity

Part IV: Critical method: The Study of Play and the Play of Study

Part V: … and play down here

– the playful small people of Denmark

Conclusion: The playful human being – a challenge to philosophical anthropology

Henning Eichberg was a Historian, Cultural Sociologist, and Philosopher. As Professor Emeritus at the University of Southern Denmark, he worked in the Centre for Sports, Health and Civil Society at the Department of Sports Science and Clinical Biomechanics.

is Associate Professor at the Department of Sports Science and Clinical Biomechanics at the University of Southern Denmark. Her research focus is on parkour, play, body culture, lifestyle sports, sociology and philosophy of sport.