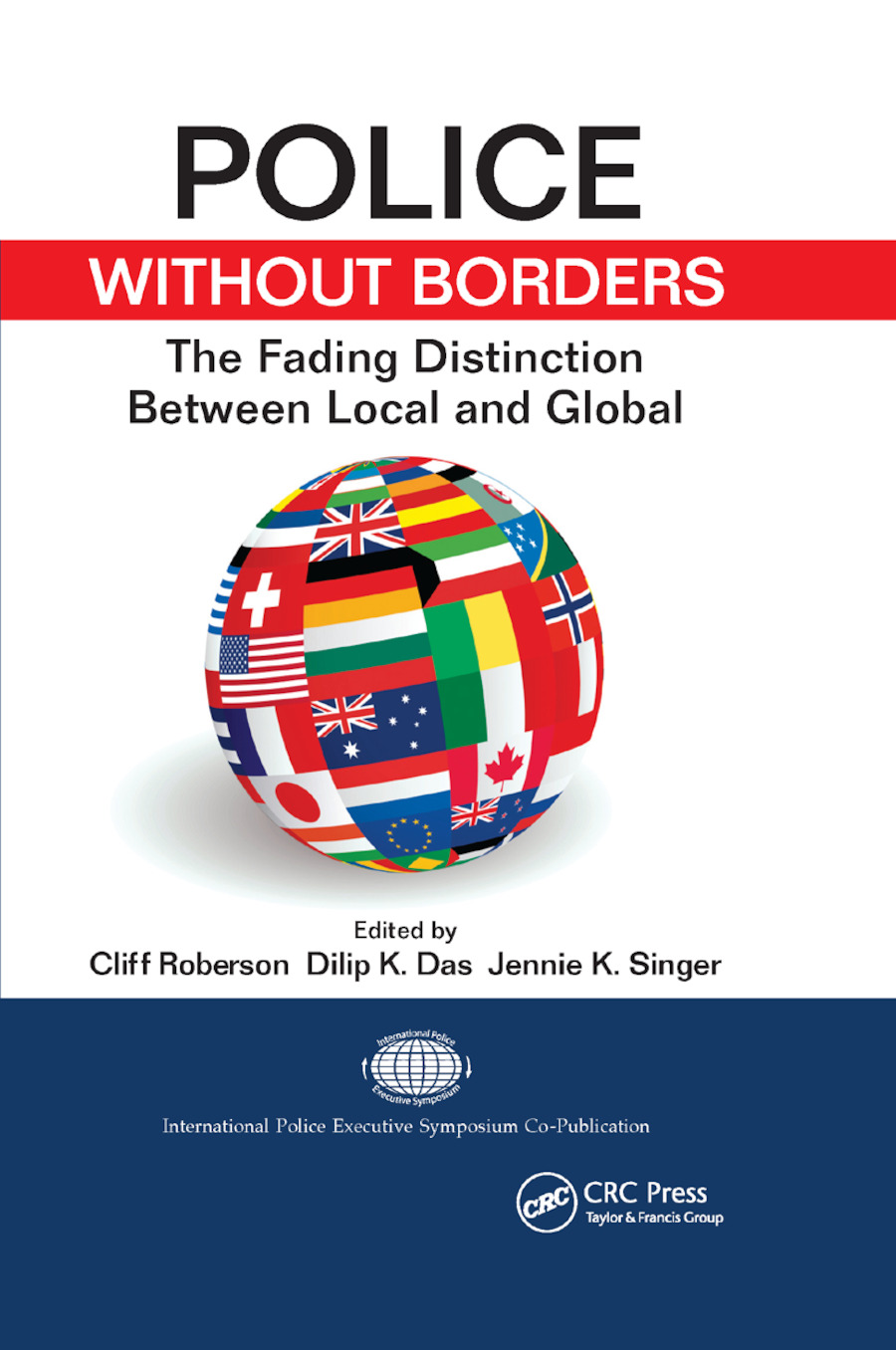 The Fading Distinction between Local and Global, 1st Edition

The Fifteenth Annual International Police Executive Symposium brought together 65 police executives, government officials, academics, and researchers to discuss issues relating to all aspects of policing in a global community. It focused on policing without borders, the need for national and international cooperation among policing agencies, and the need for cooperation between the police, the academic community, private policing agencies, and the general public. Drawn from the presentations made at this symposium and supplemented with additional input from eminent experts, Police Without Borders: The Fading Distinction between Local and Global reflects the current status of research on this timely and critical topic.

Highlighting individual differences in police theory, style, and practice around the world, this volume opens a dialogue in which police agencies and academics can learn from other cultures, recognize their similarities, and move towards an improved global policing methodology.

Policing Without Borders: An Overview. Policing Activity and Human Rights. Keeping Order in a Time of Dynamic Change and Exchange: Social Control in Asia and the Pacific. Growth and Development of Women Police in India. On Police And Policing In Slovenia: Obstacles and Challenges. The Study of Policing in China. Development of Guidance Activities by Police for Prevention of Juvenile Delinquency in Japan. An Innovative Police Project to Tackle Youth Crime Problems in Hong Kong: Operation Breakthrough. Non-Returnable Arrest Warrants: A Form of Modern Banishment. Spooking the Spooks: Conducting Research into the UK’s Integrated Special Branch. The Challenge of Transnational and Organized Crime in the Nordic Countries: The Case of Norway. The Public Housing Safety Initiative in the Eastern District of New York: A Collaborative Researcher And Practitioner Program. Conclusion. Appendix: Summary of Meeting Presentations. Index.

In 2009, a research study conducted by a group of professors from Sam Houston State University determined that Cliff Roberson was the leading criminal justice author in the United States based upon on his publications and their relevance to the profession.

Dilip K. Das served as police chief before joining academia. He is the founding president of International Police Executive Symposium, IPES (www.ipes.info), which brings police researchers and practitioners together to facilitate cross-cultural, international, and interdisciplinary exchanges for the enrichment of the profession. Professor Das also serves as the founding editor-in-chief of Police Practice and Research: An International Journal which is affiliated with IPES. His publications include more than 24 books and numerous articles. He is a professor of criminal justice and a human rights consultant to the United Nations.

Jennie K. Singer is a clinical forensic psychologist with clinical and assessment experience in a variety of correctional and pri