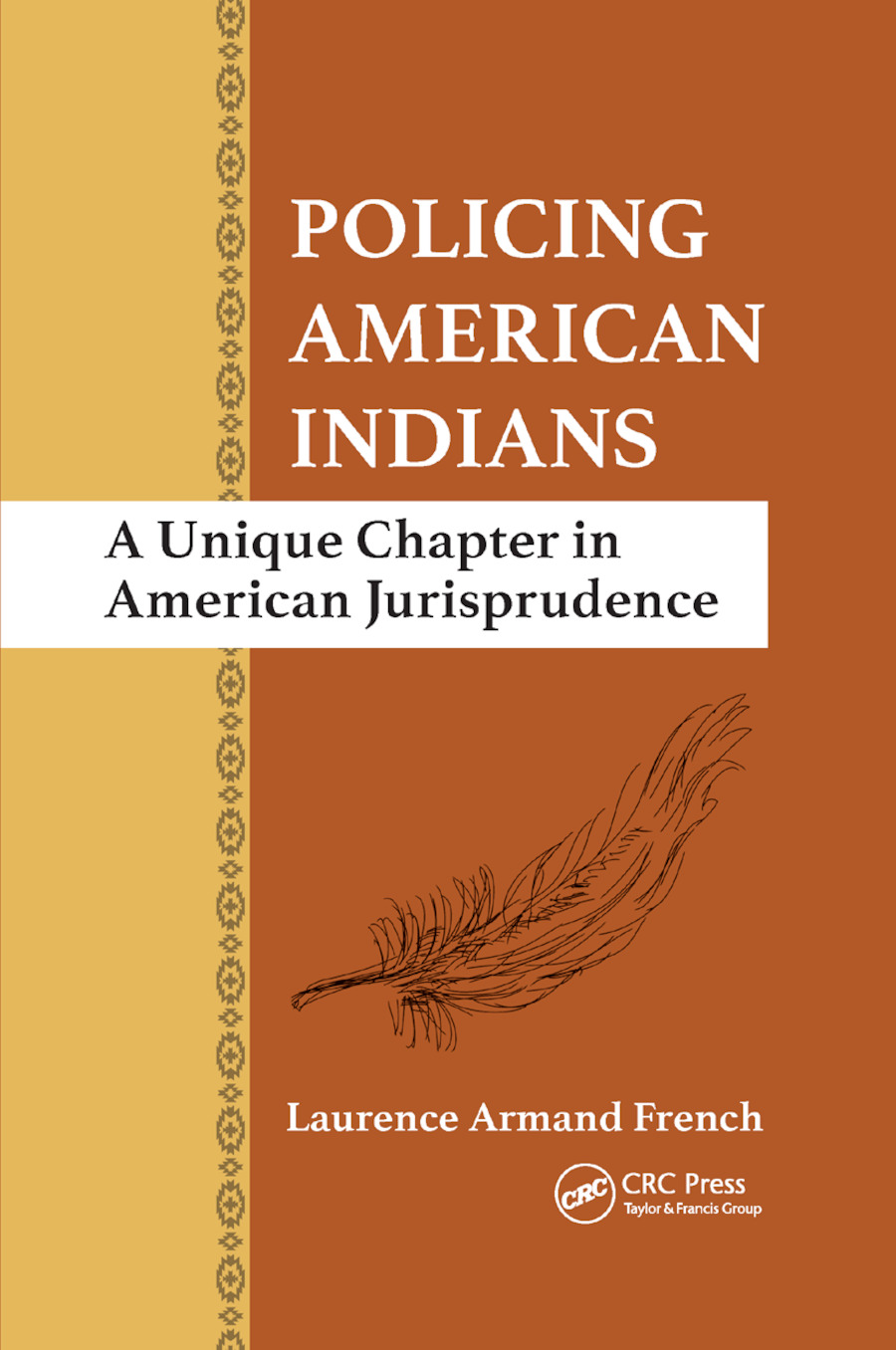 Bias, prejudice, and corruption riddle the history of US jurisprudence. Policing American Indians: A Unique Chapter in American Jurisprudence explores these injustices, specifically the treatment of American Indians. A mix of academic research as well as field experience, this book draws on author Laurence French’s more than 40 years of experience with American Indian individuals and groups. It illustrates how, despite changes in the law to correct past injustices, a subculture of discrimination often persists in law enforcement, whether by a prosecutor or a street cop.

The book provides specific examples of the role of police in extra-legal confrontations with American Indians, as well as examples of using the US military to police American Indians. It covers the ways in which US policy regarding American Indians has changed since the country’s birth, including recent changes in policy as a response to issues of national security following the terrorist attacks of September 11, 2001.

Policing American Indians takes an interdisciplinary approach that includes criminology, sociology, anthropology, cultural psychology, and historical analysis of geopolitics. It challenges actual historical practices of the basic concepts of due process and justice for all espoused by the American criminal justice system. It also adds a nuanced cultural dimension to the history of policing in American history to give you a more detailed image of unjust behavior in the history of American criminal justice.

Laurence Armand French, PhD, is a researcher and affiliate professor of the Justiceworks Institute of the University of New Hampshire. He earned his PhD in sociology from the University of New Hampshire and his PhD in cultural psychology from the University of Nebraska–Lincoln. He is professor emeritus of psychology at Western New Mexico University, a member of several societies, a veteran of the US Marine Corps, and a licensed clinical psychologist. He won the 2014 McGraw Hill Distinguished Scholar Award and has over 280 publications, including 15 books. His major research areas are international and comparative social, human, and criminal justice; Native American and minority issues; police and criminal psychology; and neuro-, clinical, and forensic psychology.