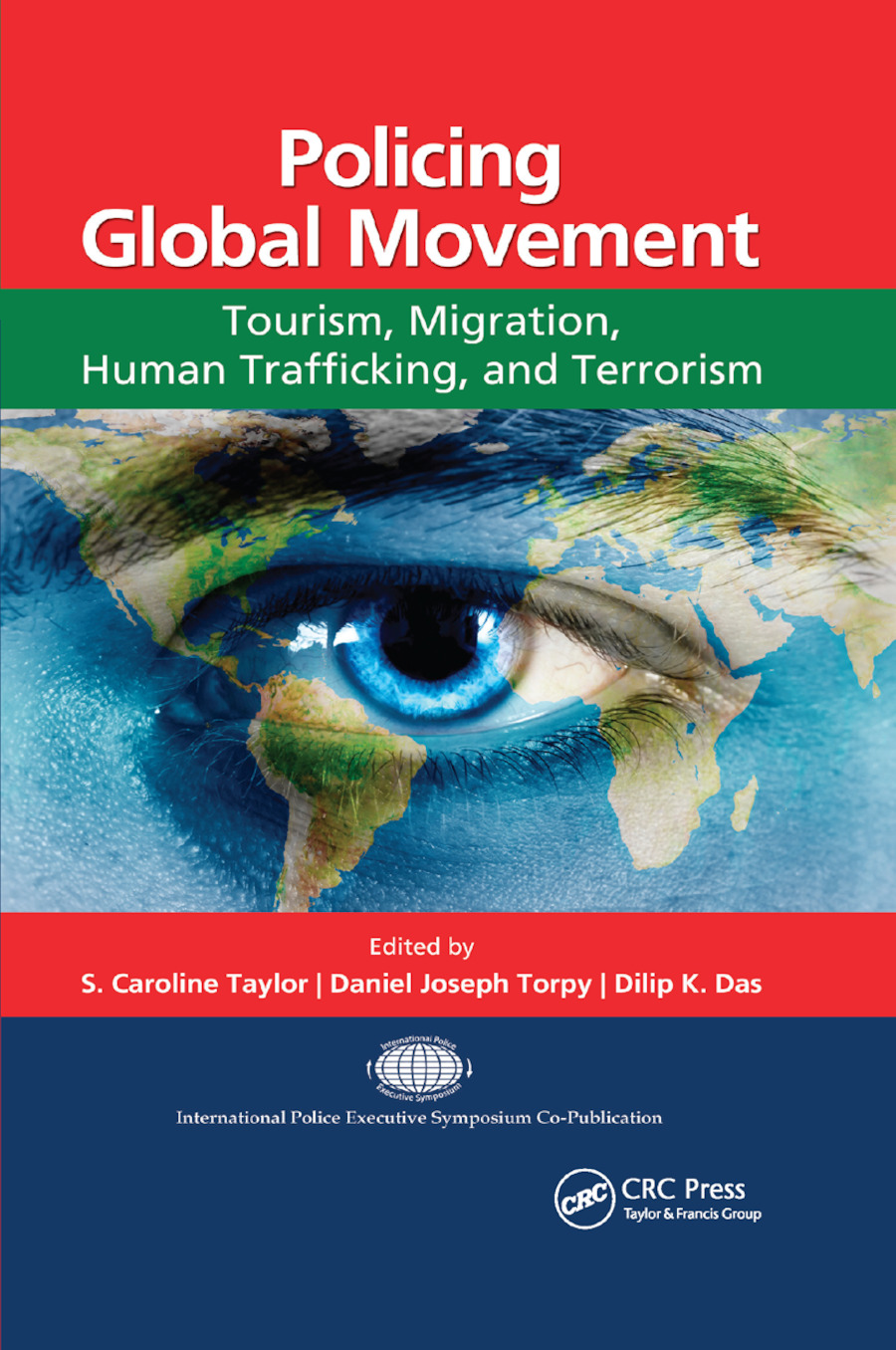 The movement of humans across borders is increasing exponentially—some for benign reasons, others nefarious, including terrorism, human trafficking, and people smuggling. Consequently, the policing of human movement within and across borders has been and remains a significant concern to nations. Policing Global Movement: Tourism, Migration, Human Trafficking, and Terrorism explores the nature of these challenges for police, governments, and citizens at large.

Drawn from keynote and paper presentations at a recent International Police Executive Symposium meeting in Malta, the book presents the work of scholars and practitioners who analyze a variety of topics on the cutting edge of global policing, including:

Examining areas of increasing concern to governments and citizens around the world, this timely volume presents critical international perspectives on these ongoing global challenges that threaten the safety of humans worldwide.

Policing Tourism, Strategic Locations, and Protests. Reforming Policing of Sex Tourism in the Philippines and The Gambia: Can We Avoid Confusing Messages? Improving Policing in the Port of Rotterdam, the Netherlands. Policing Protesters Without a Cause: Toronto G20 Summit. Policing Organized Crime and Terrorism. Using the Army to Police Organized Crime in Mexico: What Is Its Impact? Public–Private Cooperation in Policing Crime and Terrorism in Australia. Police Development in a War Zone: Lessons From Afghanistan. Sensemaking in the Swedish National Police Counterterrorist Unit. Policing Immigration and Human Trafficking Policing of Immigration Detention in South Africa. Human Trafficking for Sexual Exploitation in Sub-Saharan Africa. Human Trafficking in Vietnam: Difficulties and Solutions. Towards More Effective Policing of Sex Trafficking. Human Trafficking: Police Response in Andhra Pradesh, India. International Police Executive Symposium. Index.

Professor S. Caroline Taylor, PhD, AM, is the Foundation Chair in Social Justice at Edith Cowan University in Australia. She is recognized as one of Australia’s leading experts in the fields of child and adult sexual violence, domestic violence, the criminal justice response to victims and survivors, and social models of trauma and recovery. She has applied innovative methodologies to draw out and elucidate a deeply nuanced and critical understanding of sexual violence and its interface with socio-legal structures that have influenced proactive law reform in Australia. Professor Taylor provides expert opinion evidence in sexual offence proceedings and is the author of several monographs, books, journal articles, reports, and media opinion pieces. In 2012, she was appointed a Member of the Order of Australia (AM) in recognition of her outstanding contribution as a researcher, author, and advocate for children and women in the area of sexual violence.

is a clinical psychologist assisting young people in Victoria, Australia. He has a long career working in developing and first-world countries around the world with a focus on capacity building among vulnerable communities, welfare and aid organizations, working with communities and individuals traumatized by various social calamities and war crimes, and individuals victimized by crime. He has also worked as an academic at universities in Italy and Australia in the areas of psychology, philosophy, and theology. In recent years, Daniel has worked more closely with victims of crime. He has also provided clinical debriefing of police and other emergency service personnel whose work brings them into contact with serious crimes and traumatic events within the community.

, has years of experience in police practice, research, writing, and education. Dr. Das is a professor of cri