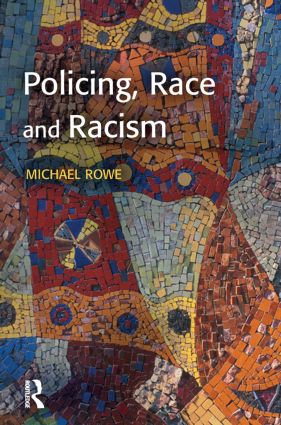 Over recent years race has become one of the most important issues faced by the police. This book seeks to analyse the context and background to these changes, to assess the impact of the Lawrence Inquiry and the MacPherson Report, and to trace the growing emphasis on policing as an 'antiracist' activity, proactively confronting racism in both crime and non-crime situations. Whilst this change has not been wholly or consistently applied, it does represent an important change in the discourse that surrounds police relations with the public since it changes the traditional role of the police as 'neutral arbiters of the law'. This book shows why race has become the most significant issue facing the British police, and argues that the police response to race has led to a consideration of fundamental issues about the relation of the police to society as a whole and not just minority groups who might be most directly affected.

'This book would be a welcome addition to most law libraries and is an interesting and authoratative read. As Such, it should find itself onto the reading lists of a number of Criminal Justice and Human Rights Courses.' - Chris Asford, University of Sunderland

Mike Rowe is Reader in Criminology at Northumbria University. Previously, he was Associate Professor at Victoria University, Wellington, New Zealand.