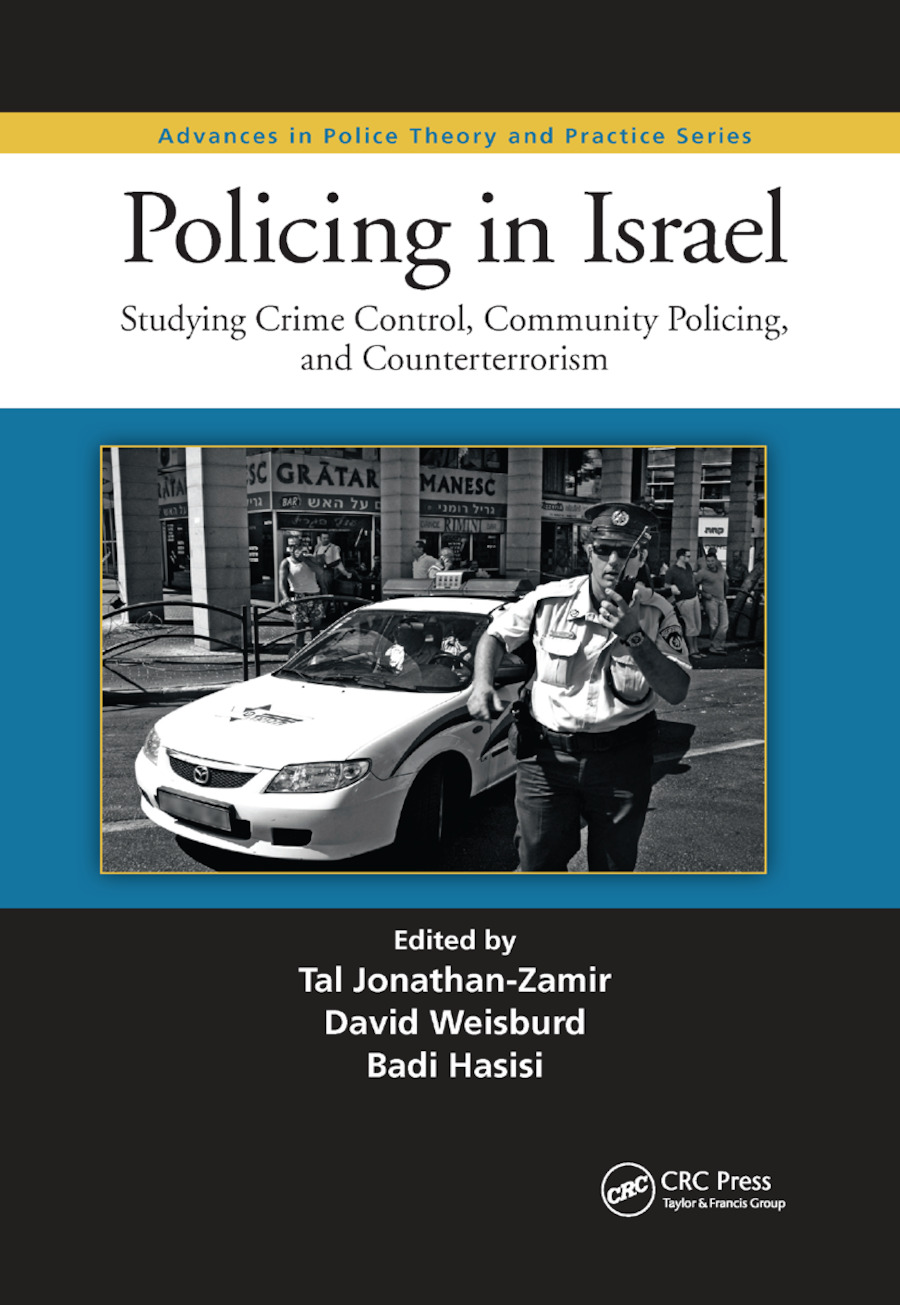 "It is hoped that, through this series, it will be possible to accelerate the process of building knowledge about policing and help bridge the gap between the two worlds—the world of police research and police practice. This is an invitation to police scholars and practitioners across the world to come and join in this venture."

presents important advances in Israeli police science during the past decade. It demonstrates how empirical research in countries outside the traditional research domains of the United States, Europe, and Australia can provide comparative legitimacy to key concepts and findings in policing. It also addresses innovative questions in the study of police, showing that there is much to learn about the police enterprise by looking to Israel.

The studies included in this book contribute to the policing literature in three significant ways. They replicate findings from English-speaking countries on key issues such as hot-spots policing, thereby supporting the validity of the findings and enabling a wider scope of generalization. Also, they utilize unique Israeli conditions to address questions that are difficult to test in other countries, such as in counterterrorism. Finally, they ask innovative questions in the study of policing that are yet to be addressed elsewhere.

Aside from providing better knowledge about policing in Israel, the broader advances in police science that the book illustrates play an important role. It contributes to major areas of contemporary interest in policing literature, including crime control, police–community relationships, and policing terrorism. Policing in Israel gives you not only a broad picture of Israeli policing and police research in the past decad

Policing in Israel: Studying Crime Control, Community, and Counterterrorism: Editors’ Introduction. CRIME CONTROL. Law of Concentrations of Crime at Place: Case of Tel Aviv-Jaffa. Vehicle Impoundment Regulations as a Means of Reducing Traffic Violations and Road Accidents in Israel. Lean Management for Traffic Police Enforcement Planning. Organizational Structure, Police Activity, and Crime. THE POLICE AND THE COMMUNITY. Police, Politics, and Culture in a Deeply Divided Society. Crime Victims and Attitudes toward Police: Israeli Case. Procedural Justice, Minorities, and Religiosity. Police Understanding of Foundations of Their Legitimacy in the Eyes of the Public: Case of Commanding Officers in Israel National Police. POLICING TERRORISM. Terrorist Threats and Police Performance: A Study of Israeli Communities. Police Legitimacy under the Spotlight: Media Coverage of Police Performance in the Face of High Terrorism Threat. Policing Terrorism and Police–Community Relations: Views of Arab Minority in Israel. How Has Israel National Police Perceived Its Role in Counterterrorism and Potential Outcomes? A Qualitative Analysis of Annual Police Reports. Lessons from Empirical Research on Policing in Israel: Policing Terrorism and Police–Community Relationships.

Tal Jonathan-Zamir is a lecturer at the Institute of Criminology, Hebrew University of Jerusalem. She earned her PhD at Hebrew University in 2010 and spent a year as a Fulbright postdoctoral fellow at the Department of Criminology, Law, and Society at George Mason University. Her research interests include police–community relationships, police discretion, police legitimacy, and policing terrorism.

is a Walter E. Meyer professor of law and criminal justice at the Hebrew University Faculty of Law in Jerusalem and distinguished professor of criminology, law, and society at George Mason University. His latest book, The Criminology of Place: Street Segments and Our Understanding of the Crime Problem, was published by Oxford University Press in 2012. He is the recipient of many international awards, including the 2010 Stockholm Prize in Criminology and the 2014 Sutherland Award from the American Society of Criminology.

Badi Hasisi serves as a chair of the Institute of Criminology, Hebrew University of Jerusalem. His main research focuses on policing divided societies; police–minority relations; law, history, and society; and terrorism and airport security.