Policing in an Age of Austerity
A postcolonial perspective 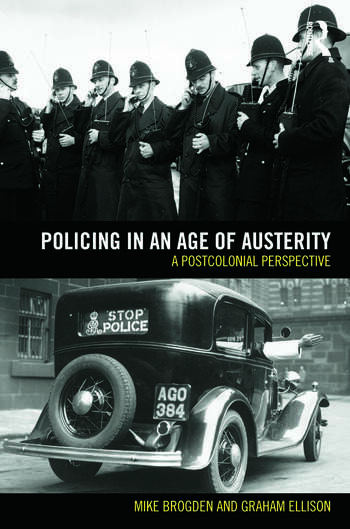 Policing in an Age of Austerity: A postcolonial perspective

Policing in an Age of Austerity uniquely examines the effects on one key public service: the state police of England and Wales. Focusing on the major cut-backs in its resources, both in material and in labour, it details the extent and effects of that drastic reduction in provision together with related matters in Scotland and Northern Ireland. This book also investigates the knock-on effect on other public agencies of diminished police contribution to public well-being.

The book argues that such a dramatic reduction in police services has occurred in an almost totally uncoordinated way, both between provincial police services, and also with regard to other public agencies. While there may have been marginal improvements in effectiveness in certain contexts, the British police have dramatically failed to seize the opportunity to modernize a police service that has never been reformed to suit modern exigencies since its date of origin in 1829. British policing remains a relic of the past despite the mythology by which it increasingly exports its practices and officers to (especially) transitional societies.

Operating at both historical and contemporary levels, this book furnishes a mine of current information. Critically, it also emphasizes the extent to which British policing has traditionally concentrated on the lowest socio-economic stratum of society, to the neglect of the policing of the more powerful. Policing in an Age of Austerity will be of interest to academics and professionals working in the fields of criminal justice, development studies, and transitional and conflicted societies, as well as those with an interest in the social schisms caused by the current financial crisis.

1. Introduction – turning over the pebble  2. The state of the police of the state  3. Smoke and mirrors - the cuts in policing and the technological fix  4. Commodifying state policing – the export of the ‘UK Police plc’ brand  5. Policing the Other through law  6. Policing the Other: continuity of practice from St Giles to Dale Farm,  Epilogue: treading the thin blue line.

Mike Brogden is Honorary Professor at the Department of Applied Social Sciences at the University of Lancaster. He has served as an advisor to several governments on policing matters, and inter alia, served as EU Security Advisor for the first democratic election of 1994 in South Africa.

Graham Ellison is Senior Lectuerer in Criminology, School of Law, Queen's University, Belfast. He has been a Senior International Expert to the United Nations Development Programme (UNDP) in Turkey in respect of the civilian oversight of the police there.

In an era of circulating clichés and unexamined presuppositions about policing, this iconoclastic book, written clearly and crisply, demands and rewards close attention. Setting their arguments in the current context of austerity and increased demands for democratic policing, Brogden and Ellison survey the amazing, perhaps startling, perks and privileges of top command in the U.K, and place current practices squarely in the swirling world of local, national and global policing. In a compact and forceful manner they identify the key contradictions in modern policing- the claims made and the realities of observed policing. Their narrative emanates a socio-historical awareness of the heritage, not alone from Peel, of ideas about proper policing. Richly documented with data and enlivened by historical detail, the book sets a striking and high standard for future policing scholarship.

This is a major achievement by two pre-eminent scholarly experts on policing. It is the first detailed analysis of the implictions for policing of the post-2007 economic crash and the regime of 'austerity'. But it goes beyond this in providing an account of contemporary policing that is theoretically sophisticated, brimming with policy implications, and grounded in a deep knowledge of the research literature. It should be compulsory reading for anyone interested in policing.