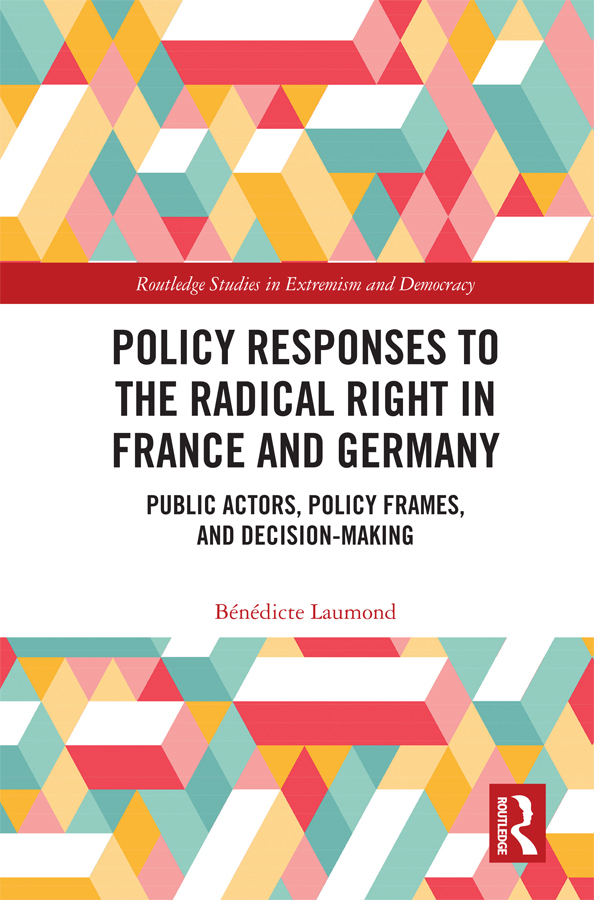 Policy Responses to the Radical Right in France and Germany

Based on research fieldwork conducted in France and Germany, this study seeks to explain how public actors have taken part in the regulation of the expression of right-wing radicalism.

The author compares these two neighbouring countries which have framed the struggle against right-wing radicalism differently. German political and state actors have constructed a public policy responding to political radicalism, whilst in France, the radical right is primarily handled in the political arena. The text evaluates how these two Western European democracies address the paradox of tolerance, i.e. the fact that liberal democracies may restrain rights they value, such as freedom of speech, in order to repress intolerant forces that threaten democracy.

This book is core reading for scholars and students interested in the spread of far-right politics in contemporary democracies.

2. The radical right and its opponents in France and Germany: contextualisation and evolutions (1950-2017)

3. Towards the identification of national frames of responses to right-wing radicalism

4. Towards the identification of multiple frames among actors responding to the radical right: Between ideas, institutions, and interests

5. The decision-making process of policy responses to the radical right

Bénédicte Laumond is a 2018- Post-Doctoral Fellow on the French-German Joint Project (ANR-DFG) Penal Cultures in France and Germany and a lecturer at the University of Versailles, France.