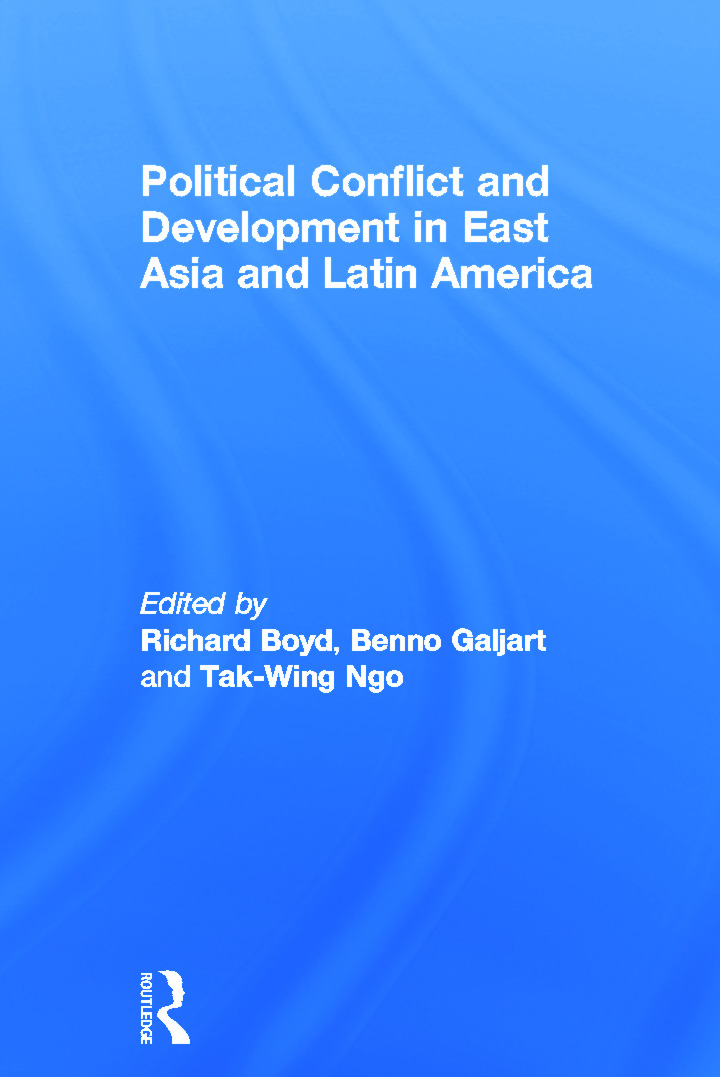 Political Conflict and Development in East Asia and Latin America

Long run processes of socio-economic change generate prodigious problems of social conflict and social control, and governments responsible for these processes must therefore manage the resultant conflict. Consequently, the success or failure of a government's management of such conflicts is a crucial factor in development outcomes.

This volume investigates the political struggle for development specifically in two vital regions - East Asia and Latin America. This analysis calls into question the dominant emphasis on institutional and cultural bases for stable growth. A careful historical account of the two regions is presented, which permits the rigorous testing of conventional wisdoms regarding development. Of importance to a broad range of academics in the spheres of development studies, politics, political economy and sociology, this book will also make an interesting read for those with a general interest in these areas.

1. The Management of Political Conflict in East Asia and Latin America and its Consequences for Development Richard Boyd 2. Possible and Impossible Games: the Transformation of Institutional Arrangements by Social Conflict in Argentina and Taiwan Tak-Wing Ngo 3. Insulation for What? Beyomd the Economic Rationale for Technocratic Insulation in Chile and South Korea Patricio Silva 4. Rents and Economic Outcomes in Mexico and Japan Richard Boyd 5. Beneficiaries or Victims? State and Labour in the Development of South Korea and Brazil Hagen Koo 6. Peasants, Landlords, and Land Reform: The Management of Agrarian Unrest Cristobel Kay 7. Culture and Conflict: Trust and Institution-making Benno Galjart 8.Conclusion Benno Galjart

Richard Boyd is Reader in the Law and Society of Japan at the University of Leiden, the Netherlands.

Benno Galjart is Emeritus Professor of Development Sociology at the University of Leiden, the Netherlands.

Tak-Wing Ngo is Lecturer in Chinese Politics at the University of Leiden, the Netherlands.