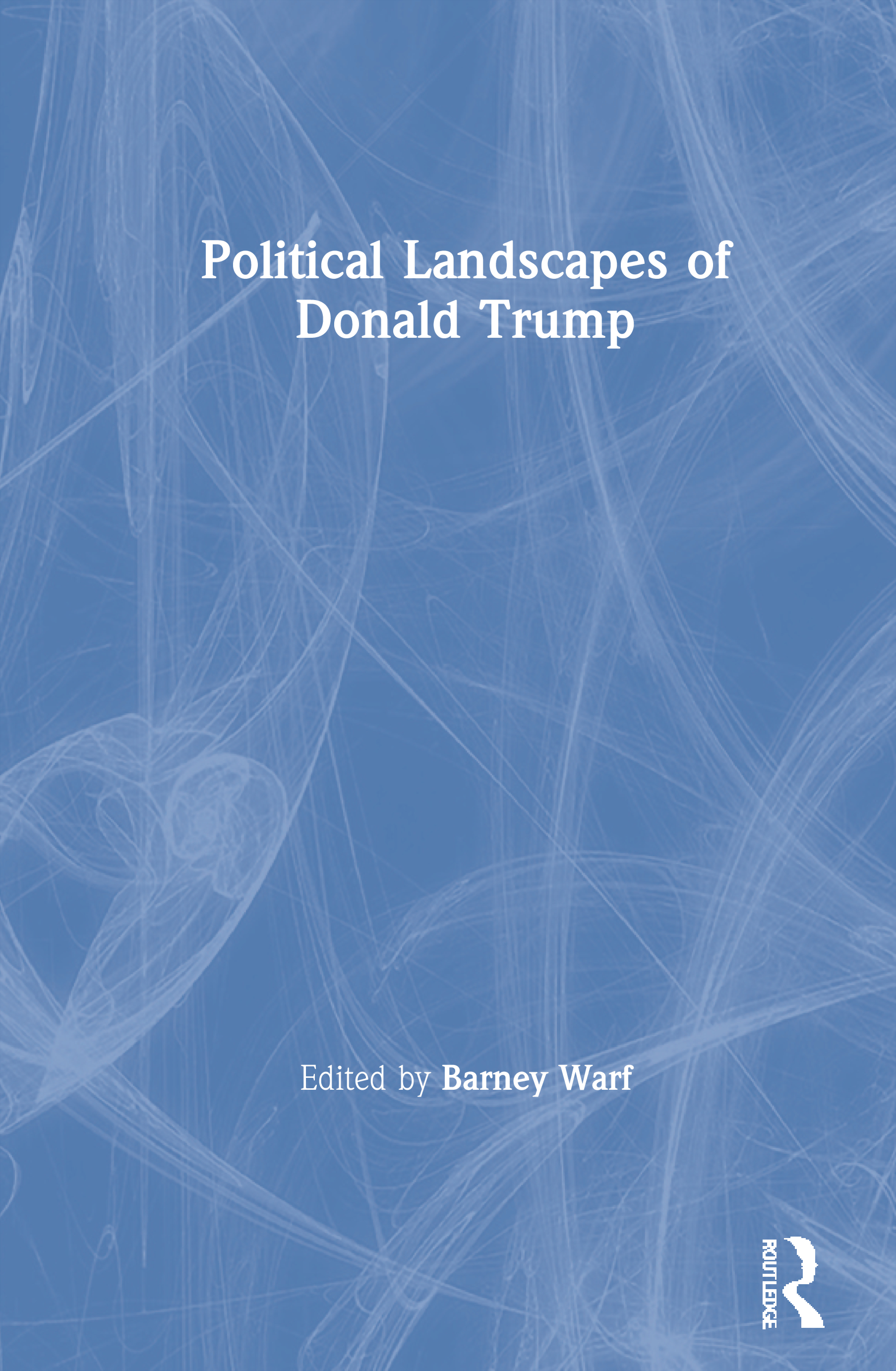 This book delves into the life and work of President Donald Trump, who is arguably the most famous and controversial person in the world today. While his administration has received enormous attention, few have studied the spatial dimensions of his policies.

Political Landscapes of Donald Trump explores the geographies of Trump from multiple conceptual standpoints. It contextualizes Donald and his rise to power within the geography of his victory in 2016. Several essays in the book are concerned with his white ethno-nationalist political platform and social bases of support. Others focus on Trump’s use of Twitter, his ties to professional wrestling, and his innumerable lies and deceits. Yet another set delves into the geopolitics of his foreign policies, notably in Cuba, Korea, the Middle East, and China. Finally, it covers how his administration has addressed – or failed to address – climate change and its treatment of undocumented immigrants.

This book will be of interest to anyone interested in the Trump administration, as well as social scientists and the informed lay public.

Barney Warf is a professor of Geography at the University of Kansas. His research and teaching interests lie within the broad domain of human geography. Much of his research concerns producer services and telecommunications, particularly the geographies of the internet, including the digital divide, e-government, and internet censorship.