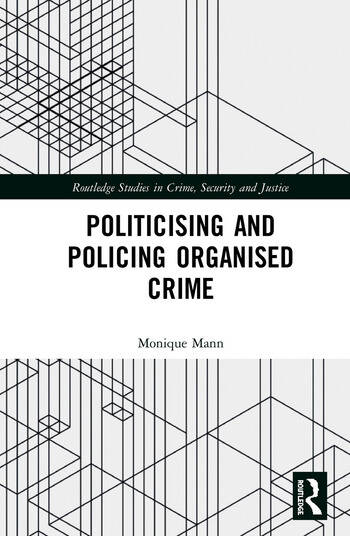 The concept of ‘organised crime’ is constructed and mobilised by a milieu of complex factors and discourses including a politics of law and order, and international insecurity, combined with the vested interests and priorities of scholars, politicians, government officials, and policing authorities. This book challenges existing assumptions and accepted understandings of organised crime, and explores the ways in which it is amplified and reconstructed for political purposes.

This book critiques how the constitution of the ‘organised crime problem’ in academic and political discourse provides the conditions necessary for the development of an extensive and international architecture of law, policing, surveillance and intelligence. It examines emerging challenges and future directions including the impact of technology on new problems, and for transnational policing, such as the ease with which the Internet enables crime to be committed across borders, and for electronic communications to be protected with strong encryption hampering interception. No other text presents an integrated and comprehensive study of both the politicisation and policing of organised crime, while questioning the outcomes for society at large.

Drawing on international fieldwork and interviews with senior national and supranational policing personnel, this book compares and contrasts various narratives on organised crime. It will be of interest to students and researchers engaged in studies of criminology, criminal justice, organised crime, policing, and law.

1. The origins of organised crime

2. The politics of organised crime

4. The architecture of organised crime law

Dr Monique Mann is the Vice Chancellor’s Research Fellow at the School of Justice, Faculty of Law at Queensland University of Technology. She is advancing a program of socio-legal research on the intersecting topics of police technology, surveillance, and transnational policing.

"Here I find a wonderful account of the covalent relationship between the police and 'organised crime' from a social constructionist perspective. The resulting critical analysis casts light on the way police institutions think, in particular how the linguistic and associated organisational conventions of 'new public management' and 'intelligence-led policing' serve to create phenomena labeled 'organised crime'. These institutionally created phenomena serve symbolic and political purposes, but they do not adequately describe the social problems that they are built upon. Consequently, the police have been engaged in a protracted and unwinnable 'war against organised crime'. The lamentable result of this is a cycle of words that succeed and policies that fail to subdue 'organised crime', and worse, because at every turn of the cycle the underlying and associated harms are being reproduced with greater intensity. This book is an important contribution to the critique of intelligence-led policing and deserves to be read by students and practitioners who are seriously interested in confronting some central problems of police governance."

"A fresh look at "organized crime", a Foucauldian analysis of facts and truths, politics and knowledge, scholarly and institutional interests, legal principles and justice. Monique Mann’s critical work offers new insights into ongoing debates on security, the role of the state and technology in the global context with a valuable Australian perspective."

"Dr. Mann has given us an empirically and analytically informed, critical account of the social and political realities of the ‘war’ on organised crime, written with clarity and deep insight. Her unsettling conclusions about "a senseless cycle of control", and its troubling implications, deserve close attention by academics and practitioners alike."

"Organised crime is often an empty concept and at times leads to even emptier countering strategies. This books fills the concept of organised crime by linking criminal and social phenomena to the complexities of politics, management and resourcing. Mann merges the drives of globalisation, technology and social mobility with the rooted complexity of human nature, social problems and economic heritage, all in the complex political system that is Australia."