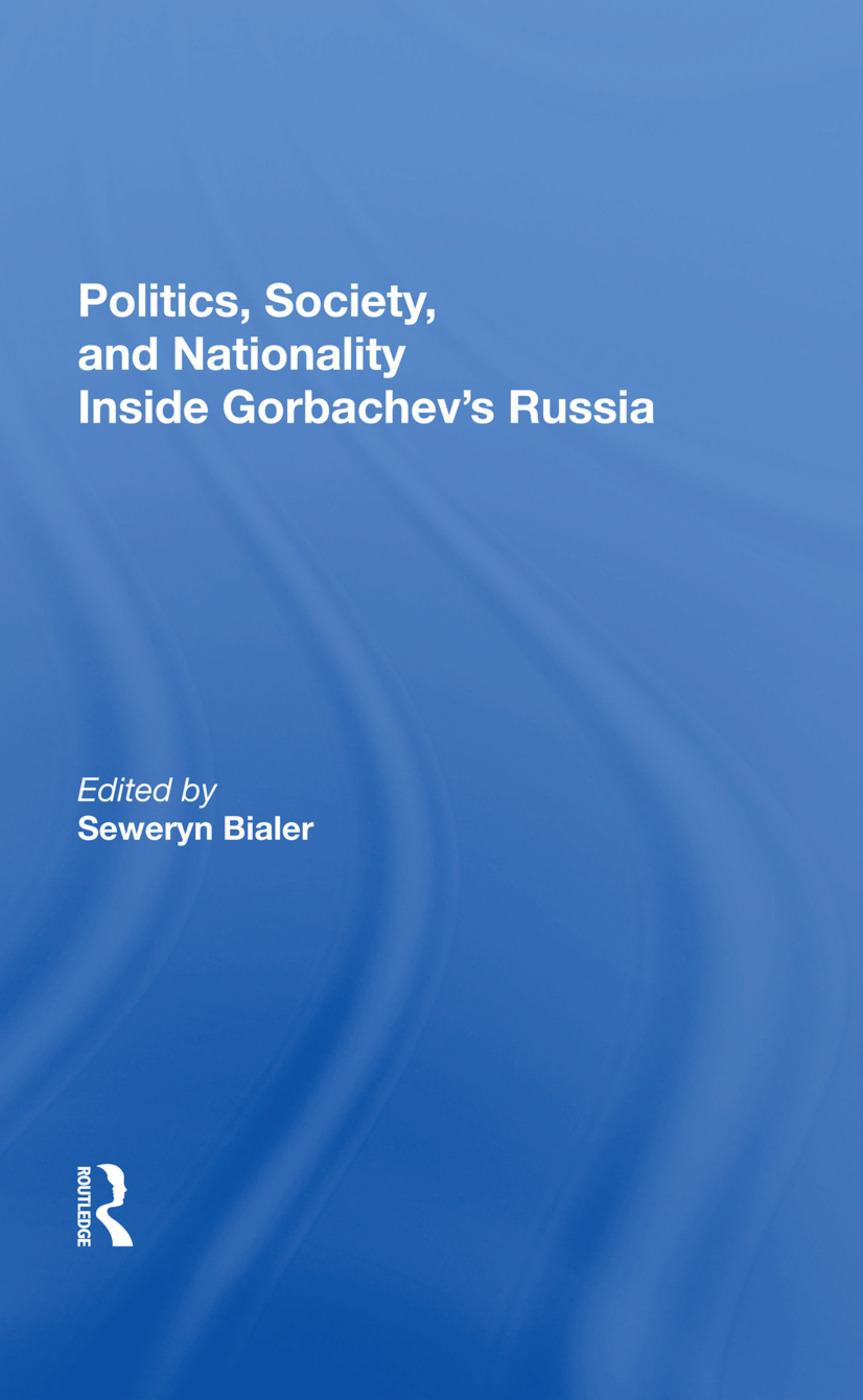 The East-West Forum is a New York-based research and policy analysis organization sponsored by the Samuel Bronfman Foundation. Its goal is to bring together experts and policy leaders from differing perspectives and generations to discuss changing patterns of East-West relations. In preparing the chapters of this book, the authors, as with an earlier work Gorbachev~ Russia and American Foreign Policy, drew upon a series of workshops initiated by the Forum.

Preface -- Introduction -- Ideology and Political Culture -- Politics Before Gorbachev: De-Stalinization and the Roots of Reform -- The Yeltsin Affair: The Dilemma of the Left in Gorbachev’s Revolution -- State and Society: Toward the Emergence of Civil Society in the Soviet Union -- The Sobering of Gorbachev: Nationality, Restructuring, and the West -- Politics and Nationality: The Soviet Jews -- The Changing Soviet Political System: The Nineteenth Party Conference and After

Seweryn Bialer is the Robert and Renee Belfer Professor of Social Sciences and International Relations and director of the Research Institute on International Change at Columbia University. He is the author of Stalin’s Successors and The Soviet Paradox, as well as the editor of several collected works on Soviet foreign and domestic policies—the most recent of which is Gorbachev’s Russia and American Foreign Policy (Westview, 1988).