Politics and Religion in India 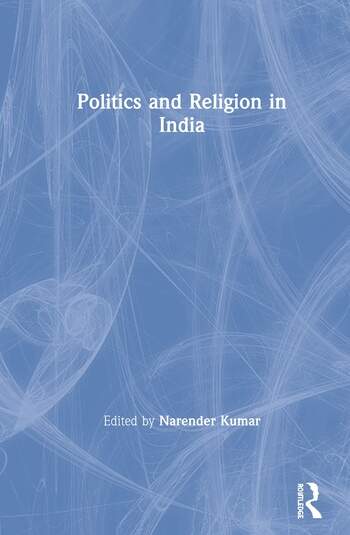 Politics and Religion in India

This volume examines how religion is intrinsically related to politics in India. Based on studies from states across the length and breadth of India, it looks at political formations that inform political discourse on the national level and maps the trajectory of religion in politics.

The chapters in this volume:

The book will be a key reference text for scholars and researchers of politics, religion, sociology, media and culture studies, and South Asian studies.

1 Religion, minorities and the Indian state

2 Politics of religious polarization in India: insights from riots in Gujarat (2002), Kandhamal (2008) and Muzaffarnagar (2013)

4 Religion, ethnicity and politics: understanding the BJP’s rise in Assam

5 Church and political action in Mizoram

6 Identity, religion and development: the changing nature of political mobilization of Muslims in post-Sachar West Bengal

7 Hindutva as a ‘sacred form’: a case study of Karnataka

8 Nature and dynamics of religion-oriented politics in Kerala

9 Politics of Hindutva in Maharashtra: actors, causes and political effects

10 Religion-polity interface in Jammu and Kashmir: an analysis

11 Religion as a tool for political mobilization in Bihar

12 Beyond othering: a study of Hindu politics in Gujarat

is Professor at the Centre for Political Science at Jawaharlal Nehru University, New Delhi, India. He has previously taught at three central universities: University of Delhi; Jamia Millia Islamia, New Delhi; and Babasaheb Bhimrao Ambedkar University, Lucknow. He has six authored and edited books to his credit apart from contributing to various journals. His latest volume is Dr. Ambedkar and Democracy (edited with Christophe Jaffrelot, 2018). His area of research interest is political institutions and public policy with special reference to group rights. He has been a member of the Indo-European Network, where collaborating institutions included the London School of Economics, King’s College London, CERI, Paris, and the Centre for Political Studies, Jawaharlal Nehru University.