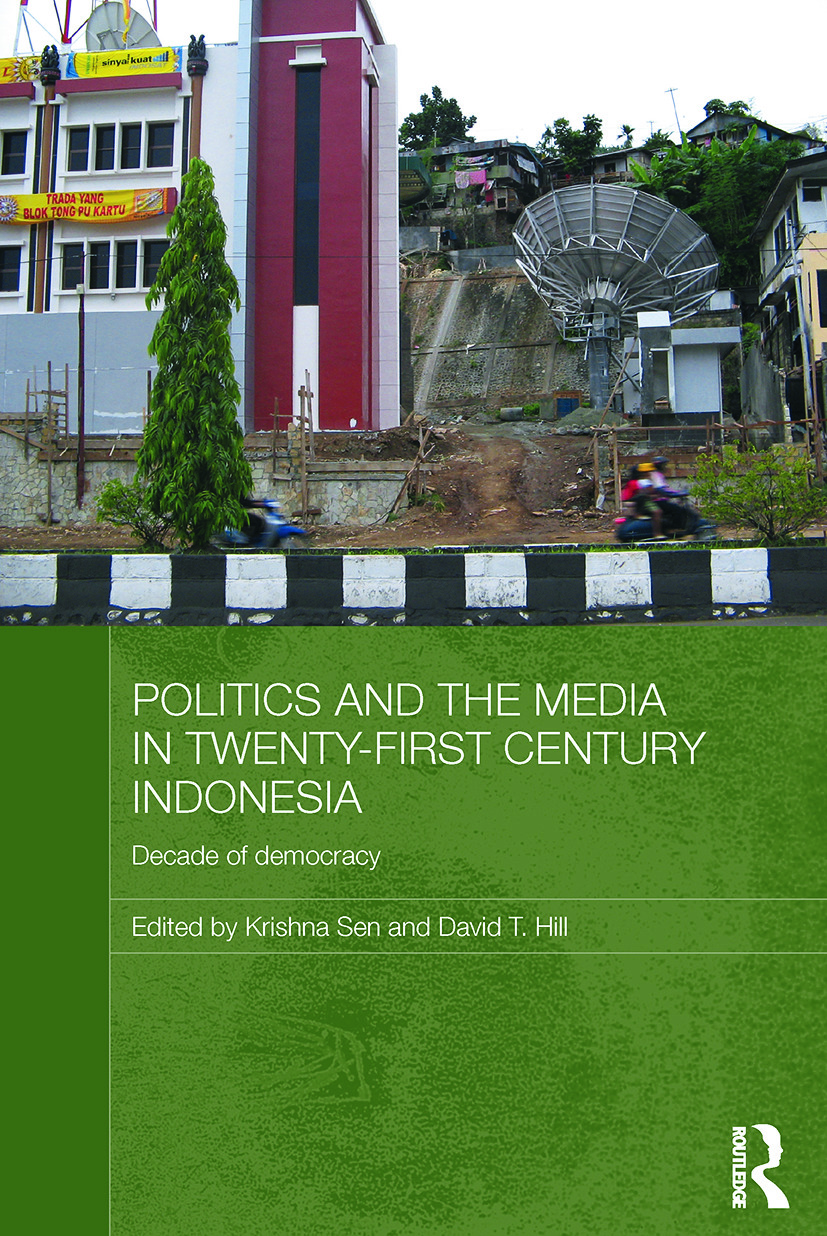 Politics and the Media in Twenty-First Century Indonesia

Every political aspirant and activist knows the media are important. But there is little agreement on how an increasingly diversified media operate in post-authoritarian transitions and how they might promote, or impede, the pathways to a sustainable liberal democracy in the 21st century. This book examines the role of the media during Indonesia’s longest experiment with democratisation. It addresses two important and related questions: how is the media being transformed, both in terms of its structure and content, by the changing political economy of Indonesia after the fall of Suharto? And what is the potential impact of this media in enabling or hampering the development of democracy in Indonesia?

The book explores the relation between the working of democratisation, by examining the role of ethnic identity and nationalism; increasingly cheaper and diversified means of media production, challenging state monopolies of the media; the reality of personalised and globalised media; and the challenging of the connection between a free media and democracy by global capitalism and corporate control of the media. The book argues that the dominant forces transforming Indonesia today did not arise from the singular point of Suharto’s resignation, but from a set of factors which are independent from, but linked to, Indonesia’s internal politics and which shape its cultural industries.

“This collection of essay provides a broad overview of the ever-changing media landscape in Indonesia, not just in Jakarta but all over the country. With the increasing reach of the media in this country, the question of whether the media is empowering or manipulating people is more important than ever before. This book is a good place to find some answers.” - Ismira Lutfia, “Is Media Helping or Hurting Push for Democracy?”, Jakarta Globe, May 09, 2011

Krishna Sen is Executive Dean, Faculty of Arts, Humanities and Social Sciences at the University of Western Australia, Perth and Fellow of The Australian Academy of the Humanities. Her most recent publications include (as co-editor) Political Regimes and the Media in Asia and (co-authored with David T. Hill) The Internet in Indonesia's New Democracy (both published by Routledge).

David T. Hill is Professor of Southeast Asian Studies and Fellow of the Asia Research Centre on Social, Political and Economic Change at Murdoch University, Western Australia. His publications include The Press in New Order Indonesia, Journalism and Politics in Indonesia: A Critical Biography of Mochtar Lubis (1922-2004) as Editor and Author and (co-authored with Krishna Sen) Media, Culture and Politics in Indonesia.