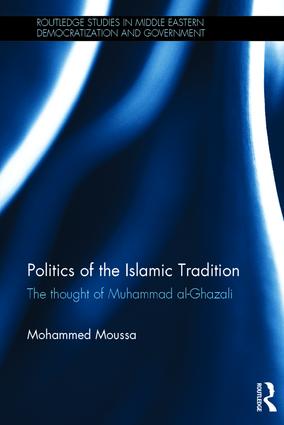 Politics of the Islamic Tradition

Over the last two centuries the Muslim world has undergone dramatic transformations, impacting the Islamic tradition and throwing into question our understanding of tradition. The notion of tradition as an unmoving edifice is contradicted by the very process of its transmission, and the complex role human beings play in creating and sustaining traditions is evident in the indigenous mechanisms of change within the Islamic tradition.

Politics of the Islamic Tradition

locates the work of Egyptian cleric Muhammad al-Ghazali within the context of this dynamic Islamic tradition, with special focus on his political thought. Al-Ghazali inherited a vast and diverse heritage which he managed to reinterpret in a changing world. An innovative exploration of the change and continuity present within Muslim discourses, this book brings together disparate threads of the Islamic tradition, religious exegesis, the contemporary Arab Middle East, the Islamic state and idea of renewal in al-Ghazali’s thought. As well as being one of the first complete treatments of al-Ghazali’s works, this book provides an original critical approach to tradition and its capability for innovation and change, countering the dichotomy between tradition and modernity that typically informs most scholarly studies on contemporary Islam.

Offering highly original insights into Islamic thought and engaging with critical notions of tradition, this book is essential reading for students and scholars of Islamic Politics and History.

"Moussa’s book tells us an eye-opening new narrative on the modern history of Islam, with neither Western influence, nor Islamic resurgence, but a continued project of renewal on the grounds of the ethos of Islam."

Mohammed Moussa is a Postdoctoral Fellow at Tokyo University of Foreign Studies, whose research interests lie primarily in the Islamic tradition and change.