Satish Chandra, Dr. Ing., is Assistant Professor in the Department of Concrete Structures, Chalmers University of Technology, Goteborg, Sweden. In 1959, Dr. Chandra received his B.Sc. degree from Lucknow University, Lucknow, India, and his B.Tech. (Silicate Technology) in 1966 from Banners Hindu University, Varanasi, India. He received his Dr. Ing. in 1973 from the Academy of Mining and Metallurgy, Cracow, Poland. Since 1976 he has been associated with the Chalmers University of Technology, assuming his present position in 1985. Dr. Chandra is a member of the RILEM Committee TC 113, Polymers in Concrete Test Methods; the ACI Committee 548, Polymers in Concrete; and the ACI Committee 547, Refractory Concrete. He is also a member of the International Congress on Polymers in Concrete Advisory Group, the International Congress on the Chemistry of Cement, the Swedish Ceramic Society, and the Swedish Chemical Society. Dr. Chandra was awarded the Fellowship of the Institute of Engineers, India, in 1985. He has worked in different countries such as the U.K., Germany, and Denmark on short assignments. He has given guest lectures at Warsaw Polytechnic and Cracow Polytechnic in Poland; at the ACI, Maharashtra Chapter, Bombay; at the Engineering College, Poona, India; and at the Catholic University, Leuven, Belgium. Recently he traveled to India on a United Nations Development Scheme. Dr. Chandra has chaired many sessions at international conferences, has authored and presented many review papers at these conferences, and has written many journal articles. He also has authored a book chapter on the durability of concrete with mineral admixtures and has a patent on non-air entraining polymers. Yoshihiko Ohama, Ph.D., is Professor in the Department of Architecture at the College of Engineering, Nihon University, Koriyama, Fukishama-ken, Japan. In 1974, Dr. Ohama received his Ph.D. degree from the Tokyo Institute of Technology. From 1959 to 1966, he served as Research Engineer at the Central Research Laboratory, Onoda Cement Co., Ltd., Tokyo. From 1966 to 1976, he served as Research Engineer, Senior Research Engineer, and Head of the Inorganic Materials Division, Materials Department, Building Research Institute, Ministry of Construction, Japanese Government, Tokyo. From 1972 to 1981, he was Research Engineer at the Institute of Industrial Science, University of Tokyo. From 1976 to the present, he has served as Associate Professor and Professor of Architecture at the College of Engineering, Nihon University. Dr. Ohama is a member of the American Concrete Institute (ACI), the American Society for Testing and Materials (ASTM), the International Union of Testing and Research Laboratories for Materials and Structures (RILEM), the Architectural Institute of Japan (AIJ), the Japan Society for Promotion of Science (JSPS), the Society of Polymer Science, Japan (SPSJ), the Society for the Advancement of Material and Process Engineering (SAMPE), and the Japan Technology Transfer Association (JTTAS) Committees. He serves as Vice-President of the International Congress on Polymers in Concrete and as Chairman of the RILEM Technical Committees 113-CPT (Test Methods for Concrete-Polymer Composites) and 151-APC (Adhesion Technology in Concrete Engineering-Physical and Chemical Aspects), the JTTAS Polymers-in-Concrete Committee, and the SAMPE Advanced Construction Technology Committee. He has received the JSMS Award for Papers from the Society of Materials Science, Japan (JSMS), the CANMET/ACI Award for Outstanding Contributions in the Development of Polymer Concretes from the Canada Centre for Mineral and Energy Technology (CANMET)/American Concrete Institute (ACI), the RAE Honorary Diploma for Outstanding Achievements in the Fields of Scientific Research and Practical Application in the Industry of New Materials and Structures on the Base of Polymer-Containing Concretes from the Russian Academy of Engineering (RAE), and the JSFT Award for Papers from the Japan Society for Finishing's Technology (JSFT). Dr. Ohama is the author or coauthor of more than 200 research papers and five books in the field of concrete-polymer composites and building materials. His current major research interests include polymer-modified, polymer-im-pregnated, and polymer concretes, fiber-reinforced concrete, superhigh-strength concrete, and durability of reinforced concrete structures. 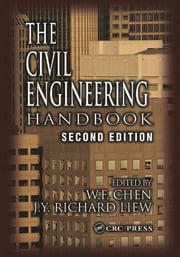 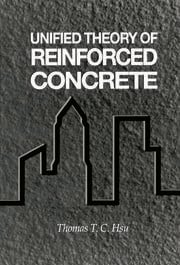