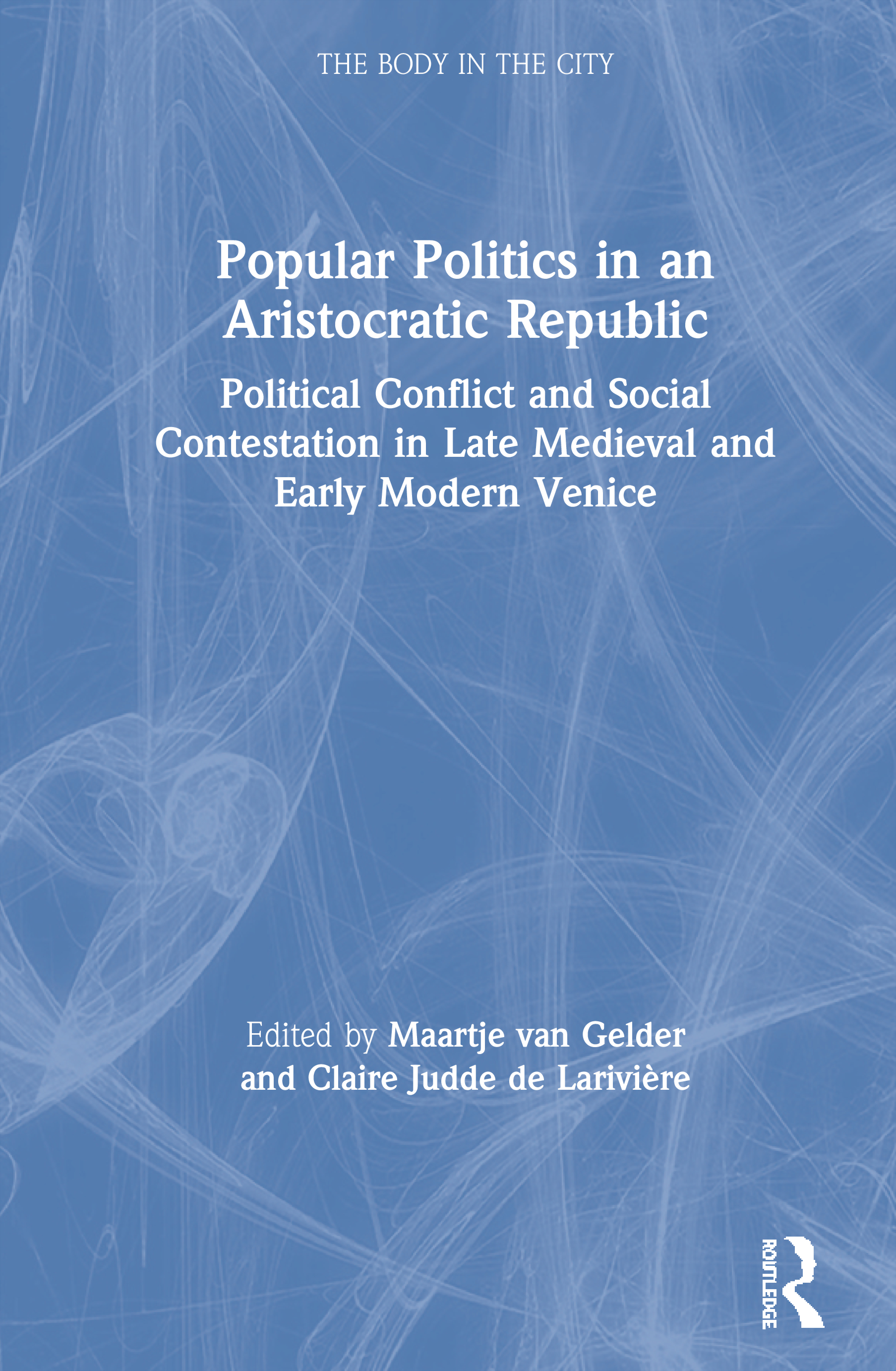 Popular Politics in an Aristocratic Republic

Popular Politics in an Aristocratic Republic explores the different aspects of political actions and experiences in late medieval and early modern Venice.

The book challenges the idea that the city of Venice knew no political conflict and social contestation during the medieval and early modern periods. By examining popular politics in Venice as a range of acts of contestation and of constructive popular political participation, it contributes to the broader debate about popular politics in premodern Europe. The volume begins in the late fourteenth century, when the demographical and social changes resulting from the Black Death facilitated popular challenges to the ruling class’s power, and finishes in the late eighteenth century, when the French invasion brought an end to the Venetian Republic. It innovates Venetian studies by considering how ordinary Venetians were involved in politics, and how popular politics and contestation manifested themselves in this densely populated and diverse city. Together the chapters propose a more nuanced notion of political interactions and highlight the role that ordinary people played in shaping the city’s political configuration, as well as how the authorities monitored and punished contestation.

Popular Politics in an Aristocratic Republic combines recent historiographical approaches to classic themes from political, social, economic, and religious Venetian history with contributions on gender, migration, and urban space. The volume will be essential reading for students of Venetian history, medieval and early modern Italy and Europe, political and social history.

Chapter 1. Popular Protest and Alternative Visions of the Venetian Polity, c.1260 to 1423

Chapter 2. Memorializing Conspiracy and Unrest. Venetian Historical Writing at the Turn of the Sixteenth Century

Chapter 3. Political Participation and Ordinary Politicization in Renaissance Venice: Was the Popolo a Political Actor?

Chapter 8. Tensions and Compromises in the Republican System of Justice in Sixteenth- and Seventeenth-Century Venice

Chapter 9. Boatmen, Fishermen, and Venetian Institutions: From Negotiation to Confrontation

Chapter 10. Conflicts, Social Unease and Protests in the World of the Venetian Guilds (Sixteenth–Eighteenth Century)

Maartje van Gelder is Associate Professor in Early Modern History at the University of Amsterdam. Recent publications include a co-edited volume on Cross-Cultural Diplomacy and Diplomatic Intermediaries in the Early Modern Mediterranean (2015) and "The People’s Prince. Popular Politics in Early Modern Venice", The Journal of Modern History 90.2 (2018): 249–91.

is Senior Lecturerin medieval and Renaissance history at the University of Toulouse, and honorary research fellow at Birkbeck, University of London. She has recently published The Revolt of Snowballs. Murano confronts Venice, 1511 (transl. Thomas Cohen, 2018).

The Body in the City

‘The Body in the City’ investigates the complex, diverse, and multi-layered realities and understandings of ‘the body’ in medieval and early modern societies. The research program encompasses various disciplines – art, architecture, literature, medicine, politics, religion, gender, society – and focusses on archival, textual, visual and environmental materials. The time-period covered by this series, 1100-1800, corresponds to a crucial period for the development of European urban centres and cultures. Within this framework the series will explore very diverse, yet still coherent, studies, aiming to speak to each other in thought-provoking ways.

The series aims to intersect and to energise two strands in historical studies: the pre-modern city as an historical subject (encompassing political institutions, rituals, built environments, religious activities, etc) and histories of the premodern body with their debates about how bodies are shaped by discourse and context. The series will emphasize approaches which emphasize the vernacular as revealed by new sources and novel approaches to them. While there are numerous studies of the body in history, this series will explore critically and in innovative ways the relationship between bodies and environments. This will allow scholars involved to analyse how particular spaces, locations and physical milieux affect understandings of the body and govern responses to particular problems. The multi-disciplinary approach to the topic places the series at the leading edge of its field.