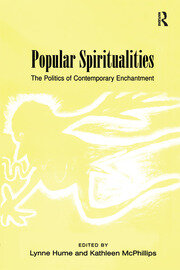 In our contemporary post-modern world, popular forms of spirituality are increasingly engaging with notions of re-enchantment - of self and community. Not only are narratives of re-enchantment appearing in popular culture at the personal and spiritual level, but also they are often accompanied by a pragmatic approach that calls for political activism and the desire to change the world to incorporate these new ideas. Drawing on case studies of particular groups, including pagans, witches, radical faeries, post-modern tourists, and queer and goddess groups, contributors from Australia, the UK and North America discuss various forms of spirituality and how they contribute to self-knowledge, identity, and community life. The book documents an emerging engagement between new quasi-religious groups and political action, eco-paganism, post-colonial youth culture and alternative health movements to explore how social change emerges.

’The aim of the book is a commendable one - to show how emerging new forms of religious/spiritual practice are vibrant and often embedded in significant social, political and popular contexts... worth reading for anyone wishing to engage seriously with spirituality matters in the contemporary Western world.’ Theological Book Review ’... there is more than enough evidence marshaled here to convince that popular spiritualities are legitimate, innovative, and socially engaged forms of religiosity that deserve to be taken seriously. Recommended for undergraduates and graduate students.’ Religious Studies Review ’The volume certainly adds a new dimension to the study of contemporary spirituality.’ Scientific and Medical Network