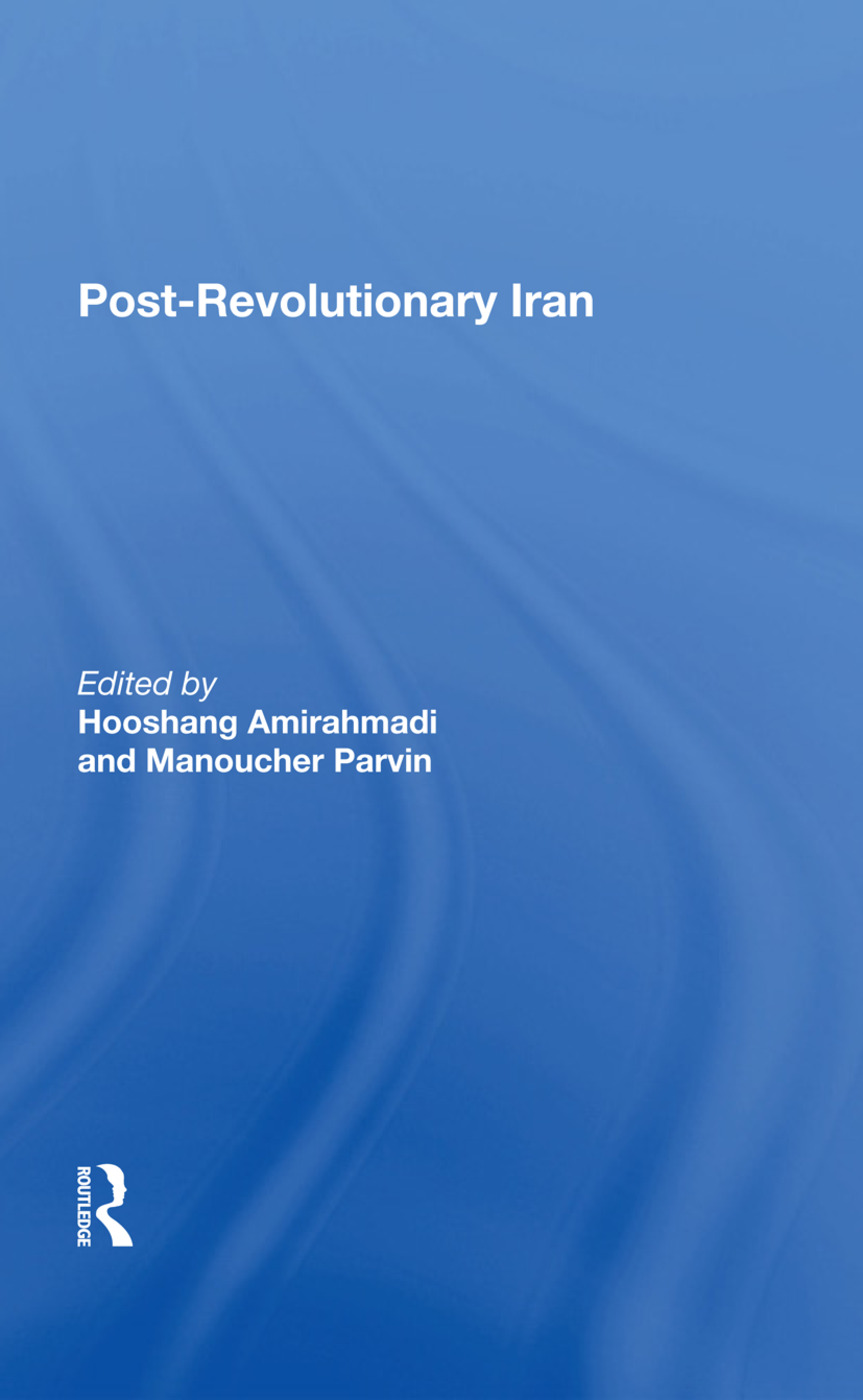 Originally published in 1998. More than half of the chapters were originally presented at the 1985 conference of the Center for Iranian Research and Analysis (CIRA) held at Rutgers, The State University of New Jersey, as well as additional content. The primary purpose of this book is to analyze transformations in the ideological, political, and socioeconomic structures of post-revolutionary Iran and to discuss government policies in order to shed light on the nature and direction of the state and society in the Islamic Republic.

Hooshang Amirahmadi holds a Ph.D. in city and regional planning from Cornell University and is an assistant professor in the Department of Urban Planning and Policy Development and director of Middle Eastern Studies at Rutgers University. He helped found the Center for Iranian Research and Analysis (CIRA) and is its current executive secretary. He has taught at Cornell University and Wells College. Dr. Amirahmadi’s articles have appeared in the Journal of Asia-Pacific and World Perspective, African Urban Quarterly, Journal of Planning Education and Research, Journal of Developing Areas, Review of Radical Political Economics, Third World Planning Review, Disasters: International Journal of Disaster Studies and Practice, Regional Development Dialogue, and Ethnic and Racial Studies, among others. He is the editor (with W. W. Goldsmith) of "Third World Cities: Problems and Prospects," for the Journal of Planning Education and Research. Professor Amirahmadi has also authored several literary and social-scientific publications in Persian. Manoucher Parvin holds a Ph.D. in economics from Columbia University. He is a professor of economics at the University of Akron and previously taught at Columbia University, Fordham University, and the City University of New York. Professor Parvin is currently president of the Middle East Economic Association and was a founder of the Society for Iranian Studies. He has served on the editorial and advising board of the Journal of International Affairs. His numerous articles have appeared in such publications as the Journal of Economic Literature, Journal of Environmental Economics and Management, Journal of Management Science, Journal of Energy and Development, Orient, International Journal of Policy Analysis, Journal of American Economist, Journal of International Affairs, Journal of Energy, Journal of Conflict Resolution, Middle East Journal, International Journal of Middle East Studies, and Iranian Studies, among others. Professor Parvin is also the author of a recent historical-political novel, Cry for My Revolution, Iran; he has written (in Persian) on chess, engineering, and social science.