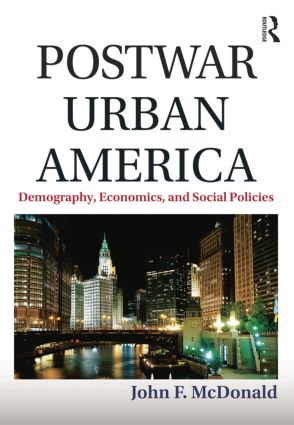 This unique and inexpensive book provides a demographic and economic history of urban America over the last 65 years. The growth and decline of most northern cities is contrasted with the steady growth of western and southern cities. Various urban government policies are explored, including federal, state, and local policies. There is a chapter focusing on Detroit and its rapid decline toward bankruptcy and its recent strategies to slow recovery. The final two chapters speculate on what's next for urban America and gives suggestions for stimulating growth.

Part V: Urban America in the New Century 20 Recession, Recovery, Housing Market Bubble, and Financial Crisis 21 Northern Urban Areas: 2000-2010 22 Bankruptcy in Detroit 23 Urban Areas of the South and West: 2000-2010 24 What Is Next for Urban America? 25 Lessons from History: What Has Worked?