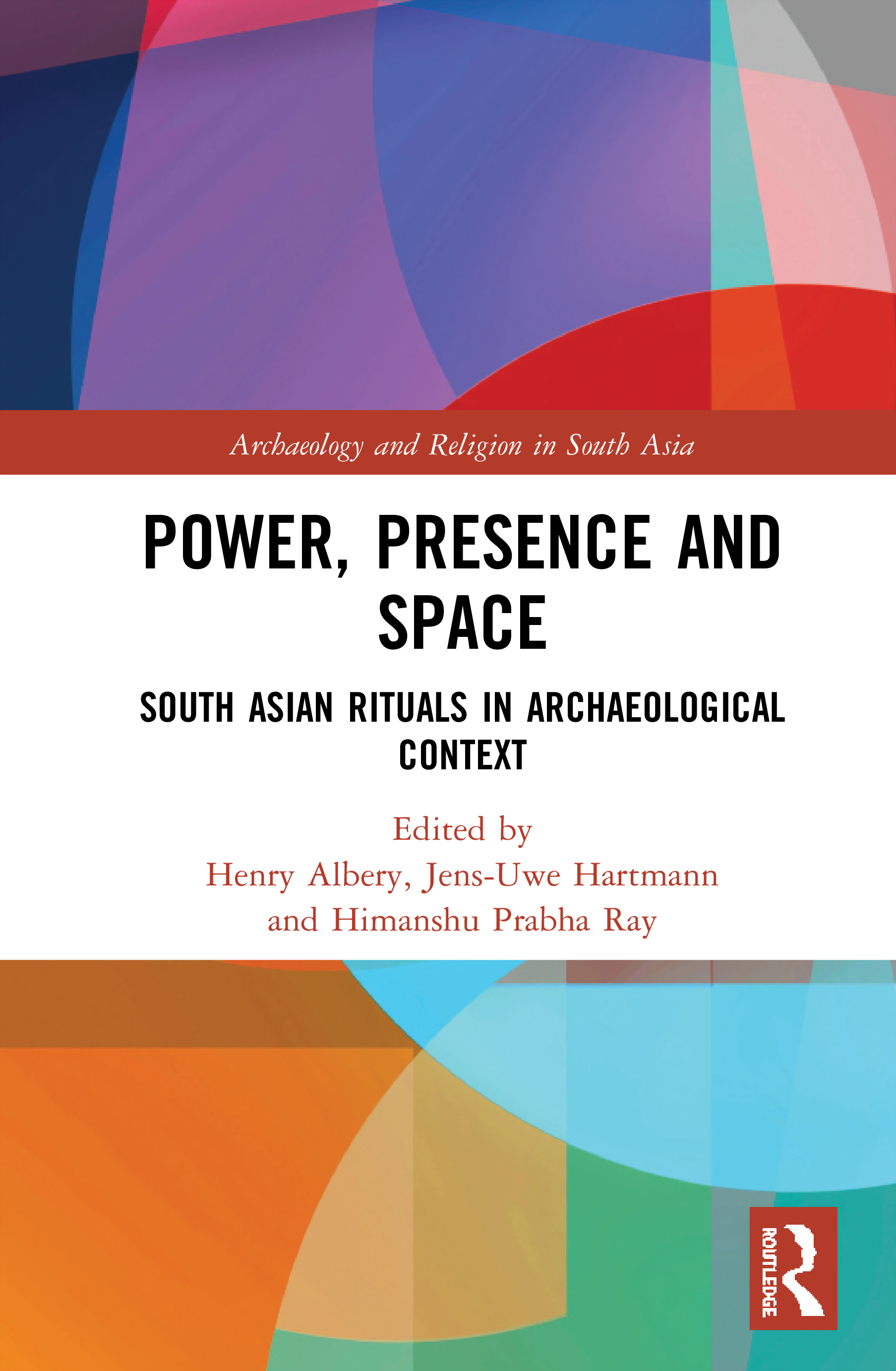 Patterns of ritual power, presence, and space are fundamentally connected to, and mirror, the societal and political power structures in which they are enacted.

This book explores these connections in South Asia from the early Common Era until the present day. The essays in the volume examine a wide range of themes, including a genealogy of ideas concerning Vedic rituals in European thought; Buddhist donative rituals of Gandhara and Andhra Pradesh in the early Common Era; land endowments, festivals, and temple establishments in medieval Tamil Nadu and Karnataka; Mughal court rituals of the Mughal Empire; and contemporary ritual complexes on the Nilgiri Plateau. This volume argues for the need to redress a historical neglect in identifying and theorising ritual and religion in material contexts within archaeology. Further, it challenges existing theoretical and methodological forms of documentation to propose new ways of understanding rituals in history.

This volume will be of great interest to scholars and researchers of South Asian history, religion, archaeology, and historical geography.

Introduction: The Archaeology of Ritual in South Asian Contexts

2. Rituals of Power: Coinage, Court Culture and Kingship under the Great Mughals

3. Ritual as Performed Constitutions—Badagas in the Nilgiris District,

5. Naming Rituals and Sharing Power in the Time and Space of the Tamil Temple

6. Power, Processions and the Festival Architecture of the Tamil temple

8. Neither Cave nor Temple: Expressions of Power and Divinity in the Rock-Reliefs at Badami

Henry Albery has been a Postdoctoral Fellow at the Distant Worlds Graduate School, Münchner Zentrum für Antike Welten, at Ludwig-Maximilians-Universität, München, Germnay, since 2018, where a year prior he completed his doctoral thesis in Indologie und Religionswissenschaft. His research is primarily concerned with a social and political history of Buddhism in the north and nortwesterly regions of South Asia in the early Common Era, focusing foremost on donative inscriptions in Brāhmī and Kharoṣṭhī and on Buddhist legal and narrative literature in Chinese, Gāndhārī, Pāli and Sanskrit. He is also a member of the collaborative project, ‘An English Translation of a Sanskrit Buddhist Yoga Manual’ from Kučā, funded by The Robert H. N. Ho Family Foundation Grants for Critical Editions and Scholarly Translations, 2018.

Jens-Uwe Hartmann is former Professor of Indology at the University of Munich, Germany. After studying in Munich and Göttingen he held the post of Professor of Tibetology at Humboldt University in Berlin before returning to Munich in 1999. In 2001, he became a full member of the Bavarian Academy of Sciences, and a corresponding member of the Austrian Academy of Sciences in 2007. He has held visiting appointments at the Collège de France in Paris (2001 and 2004), the Centre for Advanced Study of the Norwegian Academy of Sciences in Oslo (2001–2002), the International College for Advanced Buddhist Studies in Tokyo (2002), the Soka University in Tokyo (2003), the UC Berkeley (2010) and the University of Stanford (2017).

His research centres on the recovery and reconstruction of Indian Buddhist literature on the basis of Indic manuscripts as well as translations into Chinese and Tibetan with a focus on canonical texts and works of poetry. His various authored and coedited works include an edition of the Varṇārhavarṇastotra of Mātṛceṭa (1987), a study of the Dīrghāgama of the Sarvāstivādins (1992), the series Buddhist Manuscripts devoted to the publication of ancient Indic manuscripts from Afghanistan (2000, 2002, 2006, 2016), and From Birch Bark to Digital Data: Recent Advances in Buddhist Manuscript Research (2014).

Himanshu Prabha Ray is Research Fellow, Oxford Centre for Hindu Studies, Oxford, UK. She was the first Chairperson of the National Monuments Authority, Ministry of Culture in New Delhi, India from 2012 to 2015, and former Professor in the Centre for Historical Studies, Jawaharlal Nehru University in New Delhi, India. Her research interests include Maritime History and Archaeology of the Indian Ocean, the History of Archaeology in South and Southeast Asia and the Archaeology of Religion in Asia. Her recent books include Archaeology and Buddhism in South Asia (2018), Buddhism and Gandhara: An Archaeology of Museum Collections (ed. 2018), The Archaeology of Sacred Spaces: The Temple in Western India,2nd Century BCE to 8th Century CE (with Susan Verma Mishra, 2017), The Return of the Buddha: Ancient Symbols for a New Nation (2014) and The Archaeology of Seafaring in Ancient South Asia, (2003).

Archaeology and Religion in South Asia

This Series, in association with the Oxford Centre for Hindu Studies, reflects on the complex relationship between religion and society through new perspectives and advances in archaeology. It looks at this critical interface to provide alternative understandings of communities, beliefs, cultural systems, sacred sites, ritual practices, food habits, dietary modifications, power, and agents of political legitimisation. The books in the Series underline the importance of archaeological evidence in the production of knowledge of the past. They also emphasise that a systematic study of religion requires engagement with a diverse range of sources such as inscriptions, iconography, numismatics and architectural remains.