Power and Water in Central Asia 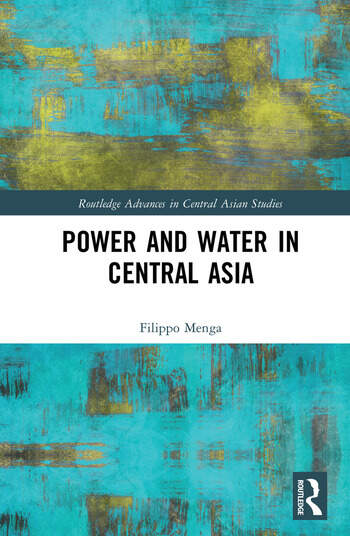 Power and Water in Central Asia

Water is an irreplaceable and transient resource, which crosses political boundaries in the form of rivers, lakes, and groundwater aquifers. The collapse of the Soviet Union in 1991, led to the birth of fifteen countries including the five Central Asian republics, Kazakhstan, Kyrgyzstan, Tajikistan, Turkmenistan and Uzbekistan. When the USSR ceased to exist, so did the centralised Soviet resource distribution system that managed the exchange and allocation of water, energy, and food supplies. A whole new set of international relations emerged, and the newly formed Central Asian governments had to redefine the policies related to the exchange and sharing of their natural resources.

This book analyses the role of state power in transboundary water relations. It provides an in–depth study of the evolution of interstate relations in Central Asia in the field of water from 1991-2015. Taking as a case study the planned construction of the Rogun and Kambarata dams in Tajikistan and Kyrgyzstan, the author examines various forms of overt and covert power shaping interstate relations and the way hegemonic and counter-hegemonic measures are put in place in an international river basin. He argues that the intimate correlation between the concepts of power and hegemony can offer key insights to the analysis and understanding of transboundary water relations. While the analytical focus is placed on state power, the book demonstrates that hegemonic and counter-hegemonic tactics represent the ways in which power is wielded and observed.

Offering fresh theoretical interpretations to the subjects of power and counter-hegemony in the Aral Sea basin, this book puts forward the original circle of hydro-hegemony, an analytical framework in which the various forms of power are connective in the function of hegemony. It will be of interest to scholars in the field of water and environmental politics and Central Asian Studies.

1. On water, politics, and Central Asia

2. Theories of power and hegemony: the circle of hydro-hegemony

Filippo Menga is a Lecturer in Human Geography at the University of Reading, UK, where he carries out interdisciplinary research exploring the interplay between humans and the environment. He has published articles in a wide range of academic journals, including Political Geography, Geoforum, Nationalities Papers, and Water Alternatives.

Filippo Menga’s book neatly captures the intricacies and complexities of politics over water shared across boundaries. The analysis on Central Asia is timely and updates our understanding on water demands, strategies and aspirations of water use between the countries. The book delivers a persuasive and explicit examination of power dynamics at play in the Amu Darya and Syr Darya rivers.

In this insightful and compelling work, Filippo Menga gets to the heart of the nature of power dynamics which structure transboundary water issues in the Central Asian region. It is a thoughtful and considered text which contributes significantly to the general study of hydropolitics as well as Central Asian studies.

Filippo Menga’s book Power and Water in Central Asia, through the in-depth analysis of hydro politics in this region of great strategic importance, brilliantly demonstrates how various forms of power are connective in the function of water-hegemony. The analytical tool ‘Circle of Hydro-Hegemony’ offered by the book not only helps understand power dynamics of the last quarter of century in trans-boundary water relations in Central Asia but it is an important contribution to future scientific research on hydro politics in other regions of the world. The three case studies on the hydro politics of Tajikistan, Kyrgyzstan and Uzbekistan are a convincing proof that national solutions enforced by a hydro-hegemon and rejection of regional cooperation can prove to be unsustainable and conflict-prone on the long run. Filippo Menga’s innovative analysis of water politics in Central Asia is a stark reminder of the responsibility of policy makers in the 21st century when growing strain on water resources and irregular weather patterns caused by climate change greatly complicate water management in international river basins, further increasing the inherent conflict potential.

This book is a welcome contribution to the literature on Central Asia and to the study of transnational processes and relations. It connects innovative theorisation of hydropolitics in Central Asia with a thorough overview of interstate relations in the region during the past 25 years, and it will be of interest to a broad range of scholars and students interested on the post-Soviet space and on the politics of natural resources.