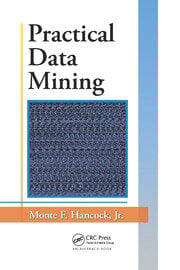 Used by corporations, industry, and government to inform and fuel everything from focused advertising to homeland security, data mining can be a very useful tool across a wide range of applications. Unfortunately, most books on the subject are designed for the computer scientist and statistical illuminati and leave the reader largely adrift in technical waters.

Revealing the lessons known to the seasoned expert, yet rarely written down for the uninitiated, Practical Data Mining explains the ins-and-outs of the detection, characterization, and exploitation of actionable patterns in data. This working field manual outlines the what, when, why, and how of data mining and offers an easy-to-follow, six-step spiral process. Catering to IT consultants, professional data analysts, and sophisticated data owners, this systematic, yet informal treatment will help readers answer questions, such as:

Helping you avoid common mistakes, the book describes specific genres of data mining practice. Most chapters contain one or more case studies with detailed projects descriptions, methods used, challenges encountered, and results obtained. The book includes working checklists for each phase of the data mining process. Your passport to successful technical and planning discussions with management, senior scientists, and customers, these checklists lay out the right questions to ask and the right points to make from an insider’s point of view.

Monte F. Hancock, Jr., BA, MS, is Chief Scientist for Celestech, Inc., which has offices in Falls Church, Virginia, and Phoenix, Arizona. He was also a Technical Fellow at Northrop Grumman; Chief Cognitive Research Scientist for CSI, Inc., and was a software architect and engineer at Harris corporation, and HRB Singer, Inc. He has over 30 years of industry experience in software engineering and data mining technology development.

Monte teaches secondary Mathematics, AP Physics, Chemistry, Logic, Western Philosophy, and Church History at New Covenant School, and New Testament Greek at Heritage Christian Academy, both in Melbourne, Florida. He was a mathematics curriculum developer for the Department of Continuing Education of the University of Florida in Gainesville, and serves on the Industry Advisory Panels in Computer Science for both the Florida Institute of Technology, and Brevard Community College in Melbourne, Florida. Monte has twice served on panels for the National Science Foundation.

Monte has served on many program committees for international data mining conferences, was a Session Chair for KDD. He has presented 15 conference papers, edited several book chapters, and co-authored the book Data Mining Explained with Rhonda Delmater, Digital Press, 2001.

Monte is cited in (among others):