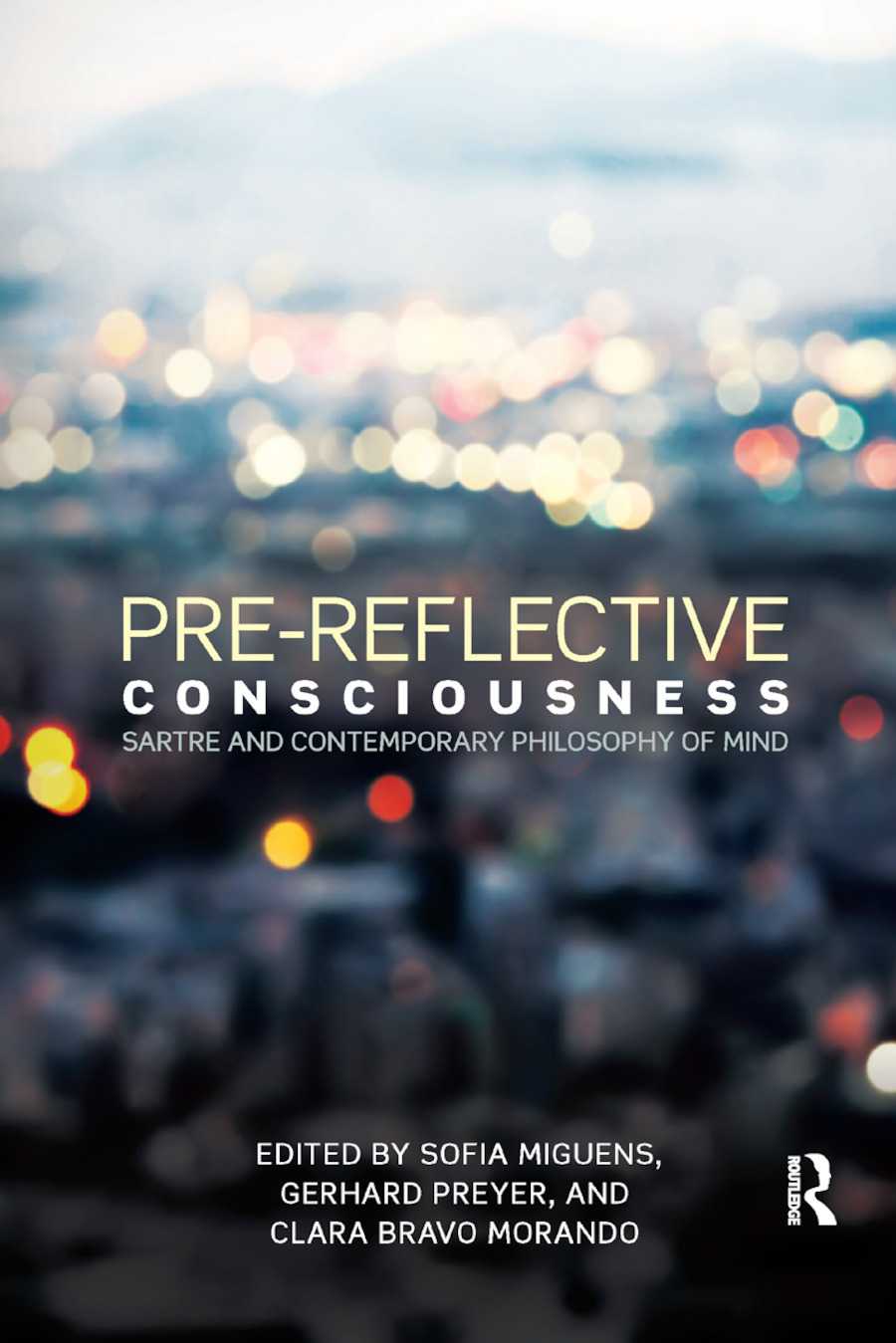 Pre-reflective Consciousness: Sartre and Contemporary Philosophy of Mind delves into the relationship between the current analytical debates on consciousness and the debates that took place within continental philosophy in the twentieth century and in particular around the time of Sartre and within his seminal works.

Examining the return of the problem of subjectivity in philosophy of mind and the idea that phenomenal consciousness could not be reduced to functional or cognitive properties, this volume includes twenty-two unique contributions from leading scholars in the field. Asking questions such as:

Introduction: Back to Pre-reflectivity Sofia Miguens, Gerhard Preyer and Clara Morando Bravo Part 1: Foundation of the Mental 1. Why we should think that Self-Consciousness is non-reflective? Manfred Frank 2. Is Subjectivity First-Personal? Tomis Kapitan 3. Degrees of Self-Presence: Rehabilitating Sartre’s Accounts of Pre-Reflective Self-Consciousness and Reflection Kenneth Williford 4. Sartre on Pre-Reflective Consciousness: The Adverbial Interpretation Mark Rowlands 5. Pre-reflective and Reflective Time-Consciousness: The Shortcomings of Sartre and Husserl and a possible Way out Gerhard Seel Part 2: I-Knowledge, Perception and Introspection 6. The Zero Point and I Terry Horgan and Shaun Nichols 7. A Sketch of Sartre’s Error Theory of "Introspection" Matthew C. Eshleman 8. A Pebble at the Bottom of the Water: Sartre and Cavell on the Opacity of Self-knowledge Pierre-Jean Renaudie 9. Does Consciousness Necessitate Self-Awareness?: Consciousness and Self-Awareness in Sartre’s The Transcendence of the Ego Daniel R. Rodríguez Navas 10. Perception and Imagination A Sartrean Account Uriah Kriegel Part 3: Pre-reflectivity disputed 11. Do we need Pre-reflective Self-consciousness? About Sartre and Brentano Eric Tremault 12. Sartre’s Non-Egological Theory of Consciousness Joshua Tepley 13. The 'of' of Intentionality and the 'of' of Acquaintance Rocco J. Gennaro 14. A "Quasi-Sartrean" Theory of Subjective Awareness Joseph Levine Part 4: Body as a Whole, the Other, and Disorder of the Mental 15. Pain: Sartre and Anglo-American Philosophy of Mind Katherine J. Morris 16. Sartre, Enactivism, and the Bodily Nature of Pre-reflective Consciousness Kathleen Wider 17. The Body is structured

Sofia Miguens is a Professor in the Department of Philosophy of the University of Porto, Portugal. She is the Founder and Principal Investigator of MLAG (Mind, Language and Action Group), and the author of six books.

isProfessor of Sociology at Goethe-University Frankfurt am Main, Germany. Among his publications are Intention and Practical Thought and Interpretation, Language and the Social Philosophical Articles, Donald Davidson’s Philosophy: From Radical Interpretation to Radical Contextualism. He is editor of ProtoSociology. An International Journal of Interdisciplinary Research www.protosociology.de

is a graduate student (PhD, Philosophy) at the University of Porto, Portugal.