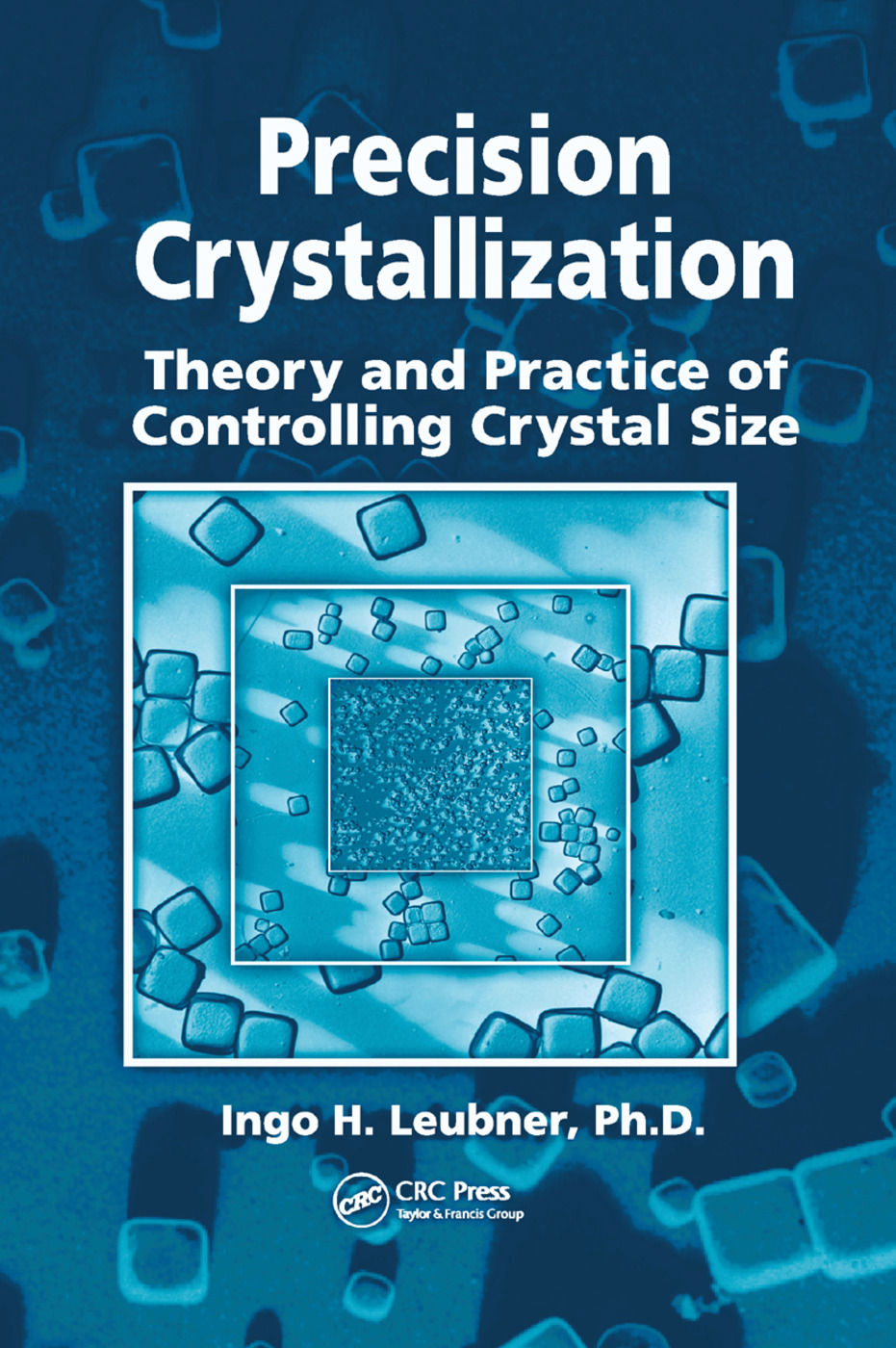 Despite the fact that crystals make up an estimated 80% of chemical and pharmaceutical products, few resources exist that provide practical guidance on achieving precision control of their size and size distribution. Based on a model developed by the author and his colleagues, Precision Crystallization: Theory and Practice of Controlling Crystal Size presents scientists and product engineers with the tools to control crystal nucleation, enabling them to ultimately control crystal size and size distribution for batch and continuous crystallizations.

At the cutting edge of crystallization science and technology, this volume presents information never before available. Introducing the Balanced Nucleation and Growth (BNG) model, the book demonstrates how the results of the nucleation process are quantitatively related to practical experimental control values such as:

The author shows how the BNG theory predicts previously unknown phenomena and also how it corrects erroneous perceptions of the importance of reaction volume on the outcome of crystal nucleation. Going above and beyond classical nucleation theories which rely to a large extent on guesswork, the BNG model gives precise guidance to scientists working in a range of critical areas, leading to promising implications for research, quality control, product development, production processes, pilot plant operations, and manufacturing.

Ingo H. Leubner received a PhD in physical chemistry from the Technical University in Munich, Germany, where he continued his studies with a postdoctoral fellowship. At Texas Christian University, Fort Worth, he held the postdoctoral position of R. Welch Fellow, studying and teaching photochemistry. From there, he accepted the position of senior research scientist at Eastman Kodak Company. His position required working in photographic and precipitation science and product development. His work on the use of silver halides for the development of photographic films and papers led to new insights, contributions to photographic science, and models for the control of crystal nucleation. For his published work he received the Fellowship and Service Awards, and the Lieven-Gevaert medal, the highest award in photographic science, from the Society for Imaging Science and Technology. As a team leader he guided the development of commercially successful products. As a result of his research, he became an experienced author, lecturer, scientist, and technical project manager. After separation from Eastman Kodak Company, he became founder and senior scientist for Crystallization Consulting, a company specializing in consulting, modeling, and teaching of advanced models for high-precision precipitations. His name is listed in American Men and Women in Science and in Who’s Who in Science and Engineering. He is a fellow of Sigma Xi, a member of the American Chemical Society, the Society for Imaging Science and Technology, the American Association for the Advancement of Science, the American Geographical Union, the Rochester Academy of Science, and the Rochester Professional Consultants Network.