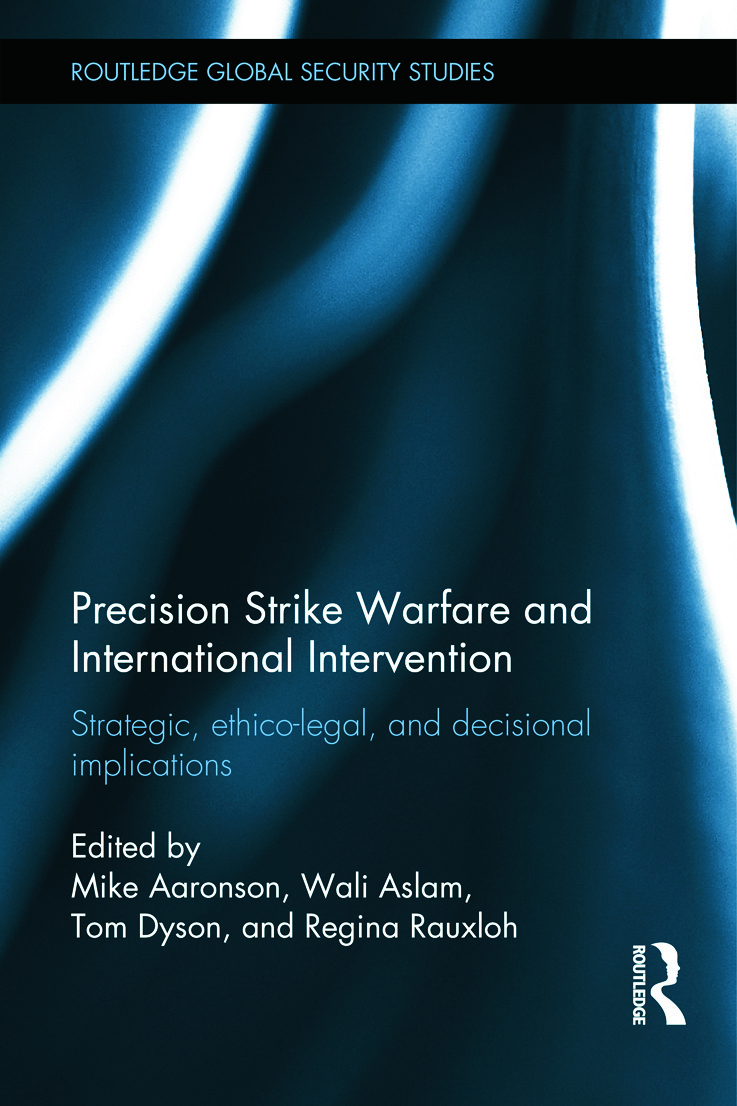 This book explores whether the new capabilities made possible by precision-strike technologies are reshaping approaches to international intervention.

Since the end of the Cold War, US technological superiority has led to a more proactive and, some would argue, high risk approach to international military intervention. New technologies including the capacity to mount precision military strikes from high-level bombing campaigns and, more recently, the selective targeting of individuals from unmanned aerial vehicles (UAVs) have facilitated air campaigns, supported by Special Forces, without the commitment of large numbers of troops on the ground.

Such campaigns include, for example, NATO’s high-level aerial bombardment of Milosevic’s forces in Kosovo in 1999 and of Gaddafi’s in Libya in 2011, and the US operation involving Special Forces against Osama Bin Laden. The development of UAVs and electronic data intercept technologies has further expanded the potential scope of interventions, for example against Islamic militants in the tribal areas of Pakistan.

This book will be of much interest to students of war and technology, air power, international intervention, security studies and IR.

'This is a timely, novel and significant contribution to the ongoing debates about ‘precision strike warfare’, drones, UAVs, Unmanned Weapons Systems and related issues. It will hopefully set a trend for bringing together different

disciplines and perspectives – including from those on the receiving end of these technologies and those who do not yet possess them.' Medicine, Conflict and Survival

Mike Aaronson is the Executive Director of cii – the Centre for International Intervention – at the University of Surrey. He is a former chief executive of Save the Children UK and was previously a British diplomat.

Wali Aslam isLecturer in International Relations at the University of Bath. He is the author of The United States and Great Power Responsibility in International Society: Drones, rendition and invasion (Routledge, 2013).

Tom Dyson is Senior Lecturer in International Relations at Royal Holloway College, University of London. He is the author of European Defence Cooperation in EU Law and IR Theory (2013, with Theodore Konstadinides).

Regina E. Rauxloh is Senior Lecturer at the Southampton School of Law, Southampton University. She is the author of Plea Bargaining in National and International Law (Routledge, 2012).