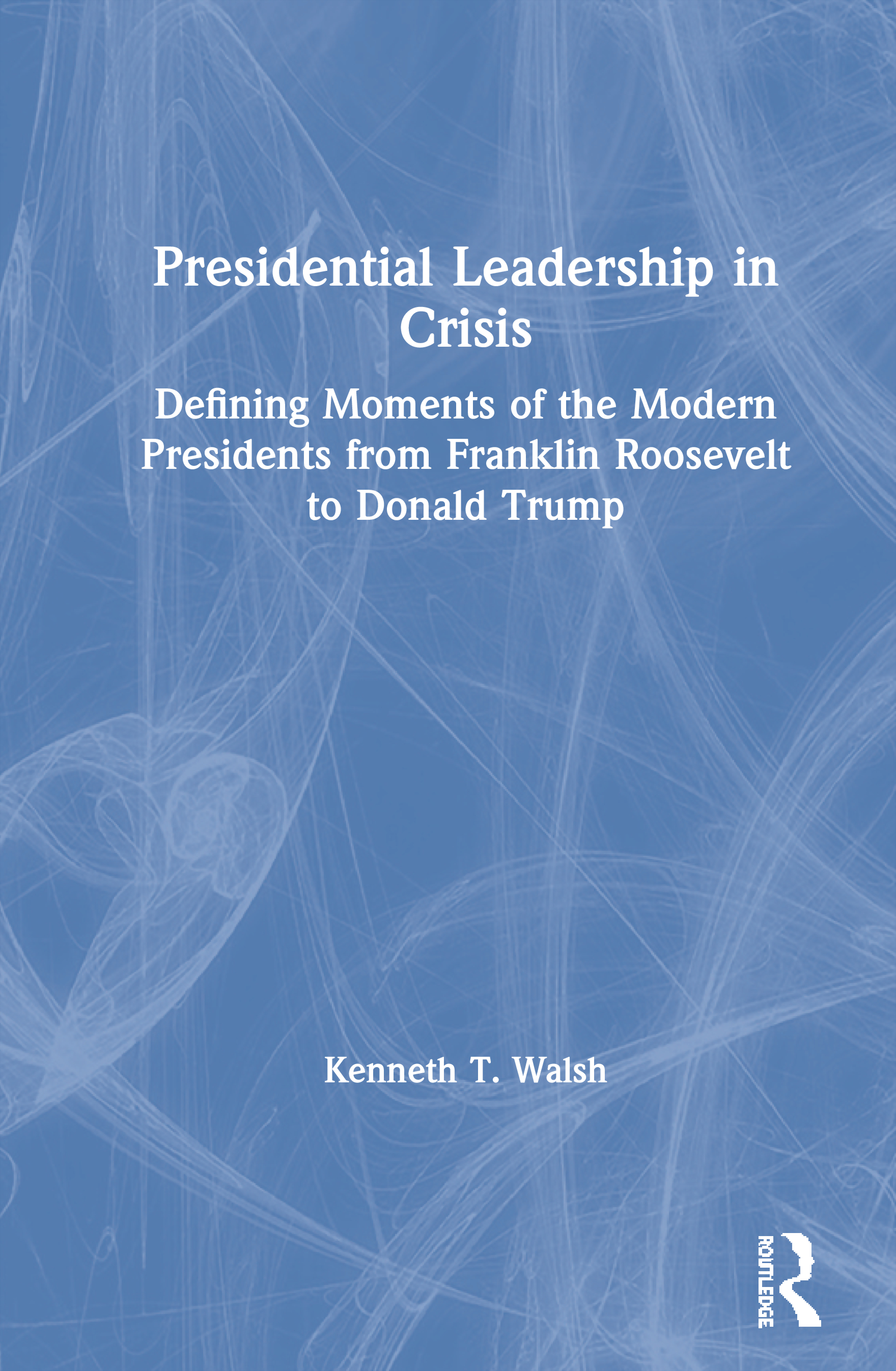 Crises pose a challenge to leaders beyond any other tests they confront. In this comprehensive and timely book, veteran journalist Kenneth T. Walsh offers a probing look at how presidents from Franklin D. Roosevelt to Donald Trump dealt with crises they faced. Including domestic as well as international issues and assassination attempts, this book stands apart from other accounts of presidents in crisis. Walsh is in search of lessons we can learn, and his findings focus on the presidential attributes and skills that matter most in trying times. This expertly crafted, elegantly written book is appropriate for a variety of college courses and will find its way onto the reading lists of ambitious politicians and interested citizens alike.

Praise for Presidential Leadership in Crisis

"Having dealt with crisis in the White House and maybe created one or two on my own, I appreciate Ken Walsh’s informative review of how presidents respond to something nearly inevitable in their tenures: dealing with all the things that disrupt and challenge the normal course of business. Crisis and dealing with it might be a new normal for presidents, but it requires the best and smartest efforts of our nation’s chief executive."

"Ken Walsh nails it again as an award winning journalist and an astute student of presidents and the presidency. Ken provides valuable presidential leadership lessons especially in times of crisis."

"For those who write about politics, direct experience matters, and so does a knowledge of history. Ken Walsh has an unusual amount of both, which is why he has been able to offer such an insightful account of crises that American presidents from Lincoln to Trump have faced. Incoming presidents would do well to read this book before they take office."

"It has been said that only the 'big things' (war and peace, economic downturns, terrorist attacks) go directly to the president. Lesser matters are handled at lower levels. In this highly readable book, Ken Walsh, one of the nation’s shrewdest observers of presidents and the presidency, takes readers on a tour of how fourteen presidents resolved crises that came their way and how a fifteenth, Donald Trump—who regards crises as the norm rather than the exception—has incorporated them into his management style. Anyone interested in how power is exercised will come away enriched by tales Walsh tells of both success and failure at the highest level of the American government."

—Alvin S. Felzenberg, author of The Leaders We Deserved (and Some We Didn't): Rethinking the Presidential Rating Game and A Man and His Presidents: The Political Biography of William F. Buckley, Jr.

Chapter Six: Lyndon B. Johnson: The War in Vietnam and Reelection

Chapter Ten: Ronald Reagan: A Matter of Life and Death

Kenneth T. Walsh is a contributor and White House and political analyst for U.S. News & World Report. He has covered the White House since 1986, including the presidencies of Ronald Reagan, George H.W. Bush, Bill Clinton, George W. Bush, Barack Obama and Donald Trump. He is one of the longest-serving White House correspondents in history. This is his ninth book about the U.S. presidency. His other titles include Air Force One: A History of the Presidents and Their Planes, Celebrity in Chief: A History of the Presidents and the Culture of Stardom, and Ultimate Insiders: White House Photographers and How They Shape History. Walsh is former president of the White House Correspondents’ Association, and he has won the most prestigious awards for White House coverage. He frequently serves as an analyst on television and radio, and gives many speeches around the country and abroad. He is an adjunct professorial lecturer at American University in Washington, D.C. He and his wife Barclay Walsh live in Bethesda, Maryland and Shady Side, Maryland. They have two children, Jean and Chris.