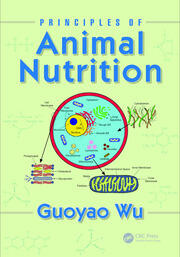 Animals are biological transformers of dietary matter and energy to produce high-quality foods and wools for human consumption and use. Mammals, birds, fish, and shrimp require nutrients to survive, grow, develop, and reproduce. As an interesting, dynamic, and challenging discipline in biological sciences, animal nutrition spans an immense range from chemistry, biochemistry, anatomy and physiology to reproduction, immunology, pathology, and cell biology. Thus, nutrition is a foundational subject in livestock, poultry and fish production, as well as the rearing and health of companion animals.

This book entitled Principles of Animal Nutrition consists of 13 chapters. Recent advances in biochemistry, physiology and anatomy provide the foundation to understand how nutrients are utilized by ruminants and non-ruminants. The text begins with an overview of the physiological and biochemical bases of animal nutrition, followed by a detailed description of chemical properties of carbohydrates, lipids, protein, and amino acids. It advances to the coverage of the digestion, absorption, transport, and metabolism of macronutrients, energy, vitamins, and minerals in animals. To integrate the basic knowledge of nutrition with practical animal feeding, the book continues with discussion on nutritional requirements of animals for maintenance and production, as well as the regulation of food intake by animals. Finally, the book closes with feed additives, including those used to enhance animal growth and survival, improve feed efficiency for protein production, and replace feed antibiotics.

While the classical and modern concepts of animal nutrition are emphasized throughout the book, every effort has been made to include the most recent progress in this ever-expanding field, so that readers in various biological disciplines can integrate biochemistry and physiology with nutrition, health, and disease in mammals, birds, and other animal species (e.g., fish and shrimp). All chapters clearly provide the essential literature related to the principles of animal nutrition, which should be useful for academic researchers, practitioners, beginners, and government policy makers. This book is an excellent reference for professionals and a comprehensive textbook for senior undergraduate and graduate students in animal science, biochemistry, biomedicine, biology, food science, nutrition, veterinary medicine, and related fields.

Chemistry of Protein and Amino Acids

Metabolism and Nutrition of Carbohydrates

Metabolism and Nutrition of Lipids

Metabolism and Nutrition of Protein and Amino Acids

Nutrition and Metabolism of Vitamins

Nutrition and Metabolism of Minerals

Nutritional Requirements for Maintenance and Production

Regulation of Food Intake by Animals

is a University Distinguished Professor, University Faculty Fellow, and Texas A&M AgriLife Research Senior Faculty Fellow at Texas A&M University. He received BS in Animal Science from South China Agricultural University in Guangzhou, China (1978–1982), MS in Animal Nutrition from China Agricultural University in Beijing, China (1982–1984), and MSc (1984–1986) and PhD (1986–1989) in Animal Biochemistry from the University of Alberta in Edmonton, Canada. Dr. Wu completed his postdoctoral training in diabetes, nutrition, and biochemistry at McGill University Faculty of Medicine in Montreal, Canada (1989–1991) and Memorial University of Newfoundland Faculty of Medicine in St. John’s, Canada (1991). He joined the Texas A&M University faculty in October 1991. Dr. Wu’s sabbatical leave was to study human obesity at the University of Maryland School of Medicine in Baltimore, USA (2005). Dr. Wu has taught graduate (experimental nutrition, general animal nutrition, protein metabolism, and nutritional biochemistry) and undergraduate (problems in animal science, nutrition, and biochemistry) courses at Texas A&M University over the past 25 years. He has given numerous lectures at other institutions in the U.S., Canada, Mexico, Brazil, Europe, and Asia. His research focuses on the biochemistry, nutrition, and physiology of amino acids and related nutrients in animals at genetic, molecular, cellular, and whole-body levels. Research interests include: (1) functions of AAs in gene expression (including epigenetics) and cell signaling; (2) mechanisms that regulate intracellular synthesis and catabolism of proteins and AAs; (3) hormonal and nutritional regulation of homeostasis of metabolic fuels; (4) biology and pathobiology of nitric oxide and polyamines; (5) key roles of AAs in preventing metabolic diseases (including diabetes, obesity, and intrauterine growth restriction) and associated cardiovascular complications; (6) essential roles of AAs in survival, growth, and development of embryos, fetuses, and neonates; (7) dietary requirements of AAs and proteins in the life cycle; and (8) animal models (e.g., pigs, rats, and sheep) for studying human metabolic diseases.

Dr. Wu is a member and elected Fellow of the American Association for the Advancement of Science, as well as a member of the American Heart Association, American Society of Animal Science, American Society of Nutrition, and Society for the Study of Reproduction. He has served on Editorial Advisory Boards for Biochemical Journal (1993–2005), Journal of Animal Science and Biotechnology (2010–Present), Journal of Nutrition (1997–2003), and Journal of Nutritional Biochemistry (2006–present), as well as being an editor of Amino Acids (2008–present), an editor of Journal of Amino Acids (2009–Present), editor-in-chief of SpringerPlus—Amino Acids Collections (2012–2016), and as the managing editor (2009–2016) and editor (2017–present) of Frontiers in Bioscience. 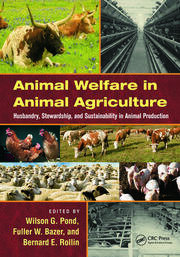 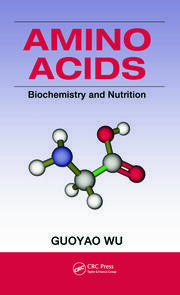