Prepare yourself to be a great producer when using Pro Tools in your studio. Pro Tools 9 for Music Production is the definitive guide to the software for new and professional users, providing you with all the vital skills you need to know. Covering both the Pro Tools HD and LE this book is extensively illustrated in color and packed with time saving hints and tips, it is a great reference to keep on hand as a constant source of information.

New and updated materials include:

Pro Tools 9 for Music Production is a vital source of reference, for the working professional or serious hobbyist looking for professional results.

Mike Collins (Author) Mike Collins is a studio musician, recording engineer and producer with more than 30 years experience of making records. He has many credits on UK chart singles and albums, for radio and TV broadcasts, advertising jingles and movie scores. Mike was awarded a BSc Degree in Electroacoustics-with-Music from Salford University in 1979, became a Member of the Audio Engineering Society in 1980, and was awarded an MSc Degree in Music Information Technology, with Distinction, in 1989. After graduating, he spent 14 months working on transducer designs for Standard Telephones and Cables (STC), followed by a couple of 6-month stints as a Planning & Installation Engineer for Neve Electronics and as a Film Sound Consultant for Dolby Labs, before joining Yamaha's London R & D Studio in 1986 as Senior Recording Engineer and Music Technology Specialist. Working freelance since 1988, Mike has regularly reviewed music and audio software and hardware and written about a variety of audio and music production topics, with more than 2000 articles and reviews published in Pro Sound News Europe, Future Music, Computer Music, Macworld, MacUser, Personal Computer World, Sound On Sound, AudioMedia, Studio Sound, Electronic Musician, EQ, MIX and similar publications. In parallel with this, Mike established a career throughout the 1990's as a studio musician, MIDI programmer, recording engineer and producer working on Top 40 albums and singles in the leading London recording studios including Abbey Road, Mayfair, Townhouse, Eden, Strongroom and Sony Whitfield Street Studios, CTS and Lansdowne Studios. In 1997, Mike set up a project studio equipped with a high-end Pro Tools system and has since been involved in everything from dance remixes to TV ads, background and featured music for TV and video, album editing and compilation, and, since 1999, producing jazz, blues and soul recordings. Notable projects include working on music for a Deutsche Bank promotional video, co-production credits on Ayetoro, an experimental jazz/Afrobeat album, and, in 2010, working as a freelance audio transfer engineer at Iron Mountain's studio facility in Slough, helping to digitize Universal Music's vast library of master tape recordings. Most recently, Mike has set up a 'boutique' record label to release recordings he has produced - see http://rudenoterecords.com/author/rudenoterecords/ 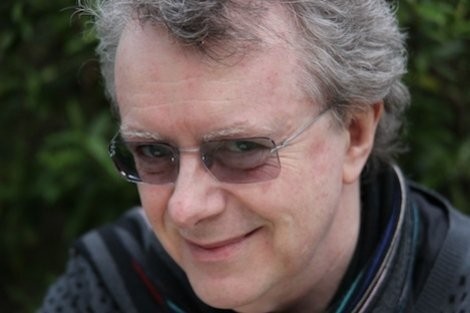 "Collins, an experienced studio musician and engineer, explains the Pro Tools 9 features every beginning engineer needs to understand and shares useful tips for recording multiple audio tracks and editing the recorded data quickly. The guide focuses on operations not fully explained in the help documents supplied by Avid and addresses the debate over how much compression to apply on individual tracks and the final mix. Color screenshots illustrate recommended settings for a Pro Tools HD system running on a Mac."--SciTech Book News