The first in a three-volume set exploring Problems and Solutions in Medical Physics, this volume explores common questions and their solutions in Diagnostic Imaging. This invaluable study guide should be used in conjunction with other key textbooks in the field to provide additional learning opportunities. It contains key imaging modalities, exploring X-ray, mammography, and fluoroscopy, in addition to computed tomography, magnetic resonance imaging, and ultrasonography. Each chapter provides examples, notes, and references for further reading to enhance understanding.

Professor Kwan Hoong Ng received his M.Sc. (Medical Physics) from the University of Aberdeen and Ph.D. (Medical Physics) from the University of Malaya, Malaysia. He is certified by the American Board of Medical Physicists. Professor Ng was honored as one of the top 50 medical physicists in the world by the International Organization of Medical Physics (IOMP) in 2013. He also received the International Day of Medical Physics Award in 2016. He has authored/coauthored over 230 papers in peer-reviewed journals, 25 book chapters; and co-edited 5 books. He has presented over 500 scientific papers and more than 300 invited lectures. He has also organized and directed several workshops on radiology quality assurance, digital imaging, and scientific writing. He has also directed research initiatives in breast imaging, intervention radiology, radiological safety, and radiation dosimetry. Professor Ng serves as an International Atomic Energy Agency (IAEA) consultant and a member of International Advisory Committee of the World Health Organization, in addition to previously serving as a consulting expert for the International Commission on Non-Ionizing Radiation Protection (ICNIRP). He is the Founding and Emeritus President of the South East Asian Federation of Medical Physics (SEAFOMP) and is a Past President of the Asia-Oceania Federation of Organizations for Medical Physics (AFOMP).

Dr. Jeannie Hsiu-Ding Wong is a senior lecturer at the Department of Biomedical Imaging, Faculty of Medicine, University of Malaya, Kuala Lumpur, Malaysia. She coordinated the Master of Medical Physics programme from 2013 to 2017. Dr. Wong received her Bachelor’s degree in Biomedical Engineering from University of Malaya in the year of 2003. In 2004, Dr. Wong obtained her Master of Medical Physics degree from the University of Malaya. In 2008, she furthered her studies at the University of Wollongong, Australia. She obtained her PhD in 2011. Dr. Wong’s research interests focus on radiation physics and radiation dosimetry. She had published 27 peer-reviewed articles, 7 conference proceedings and more than 15 scientific papers for both local and international conferences to date.

, PhD, FACR, FAAPM, is Professor of Radiology at the University of Texas Health Science Center in San Antonio. He is also the Director of the Graduate Programme in Radiological Science and the Chief of the MRI Division for the Research Imaging Institute at UTSHCSA. He has served in leadership positions on boards and committees for various societies, including AAPM, CAMPEP, ACR, ABMP and ACMP. Dr. Clarke was one of the first generation of MRI scientists to use the technology for investigating biomedical problems. Early on, he developed imaging technologies and spectroscopic methods to study head trauma and coronary artery disease. He has received research grants from the National Institutes of Health and American Heart Association.  His current research includes evaluating skeletal muscle metabolism in diabetes and measuring impaired cardiac function due to perinatal stresses using magnetic resonance. As Leader of the Imaging Core Research Laboratory at the Southwest National Primate Center, Dr. Clarke also provides technical support to colleagues who seek to develop practical image acquisition and analysis methods for their research programs.

"There are very few problem-and-solution books available for Medical Physics courses and university teachers often have to hunt through several books to find suitable exercises to give to their students for practice or for assessment purposes - and often end up writing such items themselves - which is time consuming.
Problems and Solution in Medical Physics - Diagnostic Imaging Physics by Kwan Hoong Ng, Jeannie Hsiu Ding Wong, Geoffrey D. Clarke therefore fills an important void in Medical Physics education which many university teachers will very much appreciate. The book is very well-structured with chapters following the syllabus structure of established diagnostic imaging physics modules at most universities. The layout of the problems and solutions makes it easy for students to follow and makes the book an excellent resource for students to consolidate concepts learned during lectures and for exam revision. The answers and solutions to the problems and questions indicate the expected level of detail when responding to examination questions which will also help students learn to be succinct in their answers. The authors avoid complex or ambiguous language making the book very much suitable for an international audience."
—Prof. Carmel J. Caruana, PhD, FIPEM is Head Medical Physics Department, University of Malta, former Chair of the Education and Training Committee of the European Federation of Organizations for Medical Physics and member of the Accreditation Committee of the International Medical Physics Certification Board 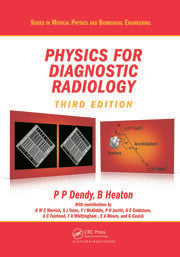 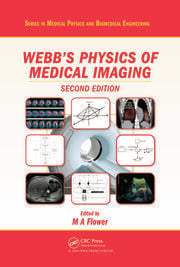