Production and the Exploitation of Resources 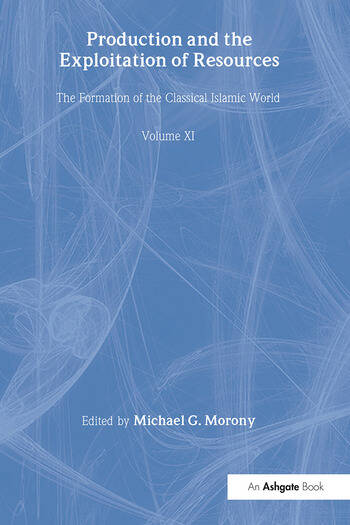 Production and the Exploitation of Resources

This volume, together with its companion Manufacturing and Labour, examines the economic basis of the early Islamic world, looking at the organization of extractive and agricultural operations, manufacturing processes and labour relations. Mining, stock raising, agriculture and irrigation are the themes of this volume. The work is based on both literary sources and archaeology, and is concerned with the extraction of raw materials and production based on natural resources and domesticated animals. Some classic articles are included because they defined the issues and deserve to be available due to their continuing significance. These are balanced by state-of-the art studies, and by others translating and commenting on important texts in areas where analytic studies have yet to be carried out. This body of work provides a sense of the intensity of exploitation of natural resources in early Islamic times, of how labour and energy-intensive mining, agriculture and irrigation were, and of the interrelationship of different sectors of the economy.

Contents: Introduction. Mining: Sources of gold and silver in Islam according to al-Hamdani, D.M. Dunlop; Preliminary report on the third phase of Ancient Mining Survey Southwestern Province, J. Hester; Patterns of early Islamic metallurgy in Oman, Gerd Weisberger. Stock Raising: The edge of empire: the archaeology of pastoral nomads in the Southern Negev highlands in late antiquity, Steven A. Rosen and Gideon Avni; The Bedouins of Egypt during the first centuries of the Hijra, Abdel Hamid Saleh; The relationship between pastoral nomadism and agriculture: northern Syria and the Jazira in the 11th century, Jean-Luc Krawczyk. Agriculture: Settlement of highlands and lowlands in early Islamic Damghan, Kathryn Maurer Trinkaus; Rice in the Middle East in the first centuries of Islam, Marius Canard; Managing a farm according to the Nabataean agriculture, Toufic Fahd; The calendar of agricultural tasks according to Al-Falaha al-Nabatiyya, Toufic Fahd; Agriculture in Muslim Spain, ExpiraciÃ³n GarcÃ­a-SÃ¡nchez; A medieval green revolution: new crops and farming techniques in the early Islamic world, Andrew M. Watson. Irrigation: Sassanian and early Islamic water-control and irrigation systems on the Deh Luran Plain, Iran, James A. Neely; The origin and spread of Qanats in the Old World, Paul Ward English; The origins of the Aflaj of Oman, J.C. Wilkinson; Notes on traditional hydraulics and agriculture in Oman, Paolo M. Costa; Hydraulic technology in Al-Andalus, Thomas F. Glick; Index.