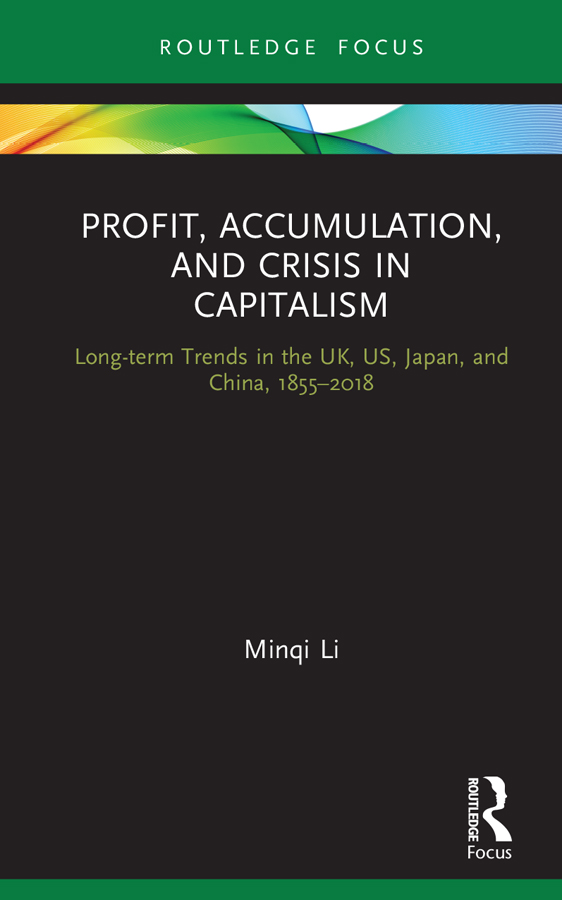 Profit, Accumulation, and Crisis in Capitalism

1. Capitalism and the Profit Rate

6. China and the Global Labor Arbitrage

7. The Past and the Future of the Profit Rate

Appendix A: Estimating the Profit Rate in the United Kingdom, 1855-2018

Appendix B: Estimating the Profit Rate in the United States, 1900-2018

Minqi Li is Professor of Economics at The University of Utah. He is the author of The Rise of China and the Demise of the Capitalist World Economy; Peak Oil, Climate Change and the Limits to China’s Economic Growth; and China and the 21st Century Crisis.