For the first time, an entire publication has been dedicated to providing a critical review of the identification and analysis of the milk specific proteins such as lactalbumin, lactoferrin and casein; the non-milk specific proteins such as plasma and membrane proteins; and the minor nitrogen-containing components such as enzymes, hormones, and growth factors. Biological roles, whether nutritional, endocrinological or immunological, of the specific nitrogen compounds in mammary milk production and/or growth and development of the breast-fed infant are also presented. Identification of the molecular weight compounds that have led to questions about their function in milk and their inclusion in modern infant formulas is thoroughly discussed and of great value to scientists in sub-specialties of biochemistry, nutrition, physiology and immunology, as well as to pediatric practitioners with primary interests in the infant food industry, academia, or clinical nutrition. The thoroughness of each chapter, often providing an historical panorama of the specific aspect of milk composition, makes this book useful for both the uninitiated and expert audiences who are interested in advancing their knowledge of human milk biochemistry and its physiological significance to the recipient infant.

Stephanie Ann Atkinson, Ph.D., is an Associate Professor, Department of Pediatrics and Associate Member, Department of Biochemistry, McMaster University, Hamilton, Ontario, Canada. She is also on the Special Professional Staff of Chedoke-McMaster Hospitals and is the Director of the Pediatric Program in Nutrition and Metabolism for the McMaster University Health Sciences Centre., Dr. Atkinson graduated from the University of Western Ontario, London, Ontario, Canada, with a B.A. in Arts and Science (Nutrition) and obtained her Ph.D. in 1980 in Nutritional Biochemistry from the University of Toronto, Toronto, Canada. Subsequently, she completed a two-year post-doctoral fellowship in the Division of Endocrinology at the Hospital for Sick Children, Toronto, Canada., Dr. Atkinson's professional affiliations include the Canadian Society for Nutritional Sciences, Canadian Society for Clinical Investigation, Canadian Dietetic Association, American College of Nutrition, American Society for Bone and Mineral Research, and the International Society for Research in Human Milk and Lactation. Currently, she serves on the Board of Directors of the Canadian Federation of Biological Societies, the Editorial Board of the Journal of Early Human Development, and the Scientific Review Panel of the Medical Research Council of Canada., Since 1982, Dr. Atkinson has held a Career Scientist Award from the Ministry of Health of Ontario which allows her to dedicate most of her time to the conduct of research in various aspects of nutrition and metabolism related to infants and children. Her research is supported by grants from the Medical Research Council of Canada, National Health and Welfare Research Development Program (Canada), and the Nutrition Research Council of Ontario., Recognition of her work in human milk biochemistry and nutrition and metabolism, particularly in relation to prematurely born infants, has resulted in Dr. Atkinson's participation in many national and international scientific meetings or as visiting professor at universities in Europe, the U.S., and Canada. The current focus of her research is on developmental aspects of macro and trace element requirements of low birthweight infants or children with specific diseases such as inflammatory bowel disease and acute lymphoblastic leukemia. Currently, she and Dr. Lönnerdal, the co-editor of this book, are collaborating on studies of the utilization of protein and non-protein nitrogen in milks fed to young infants., Bo Lönnerdal, Ph.D., is Professor of Nutrition in the College of Agricultural and Environmental Sciences at the University of California at Davis. He also has a joint appointment as Professor of Internal Medicine, School of Medicine at the same university., Dr. Lönnerdal obtained his training at the University of Uppsala, Sweden, receiving his B.Sc. in 1969. He obtained his M.S. and Ph.D. degrees in 1972 and 1973, respectively, from the Department of Biochemistry, University of Uppsala. After doing post-doctoral work at the Institute of Nutrition, University of Uppsala, he was appointed Assistant Professor of Nutrition at the same University in 1976. In 1978, Dr. Lönnerdal received a Fellowship to the Department of Nutrition at the University of California, Davis. After a period as Visiting Research Nutritionist, Dr. Lönnerdal was appointed Assistant Professor in 1981, Associate Professor in 1983, and Professor in 1985. He was also appointed Professor of Internal Medicine in 1986., Dr. Lönnerdal is a member of the American Institute of Nutrition, American Society for Clinical Nutrition, Society for Experimental Biology and Medicine, and the Swedish Nutrition Society., He was the recipient of the Henning Throne-Hoist Fellowship in Nutrition & Physiology (1978—79), St. Goran's Lectureship in Pediatrics at Karolinska Institute, Stockholm, Sweden and University of Copenhagen, Denmark (1986), and gave the Eric Underwood Memorial Lecture at the Sixth International Conference on Trace Elements in Man and Animals (TEMA-6) in 1987. He was also Visiting Professor at the Department of Pediatrics, McMaster University, Hamilton, Ontario, Canada (1987)., Dr. Lönnerdal has been the recipient of research grants from the National Institutes of Health, the United States Department of Agriculture Competitive Grants Program, Wisconsin Milk Marketing Board, and private industry. He has published more than 200 papers. His current research interests are in pediatric nutrition and trace element metabolism. 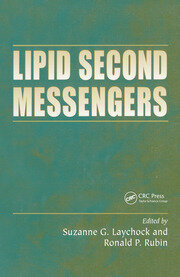