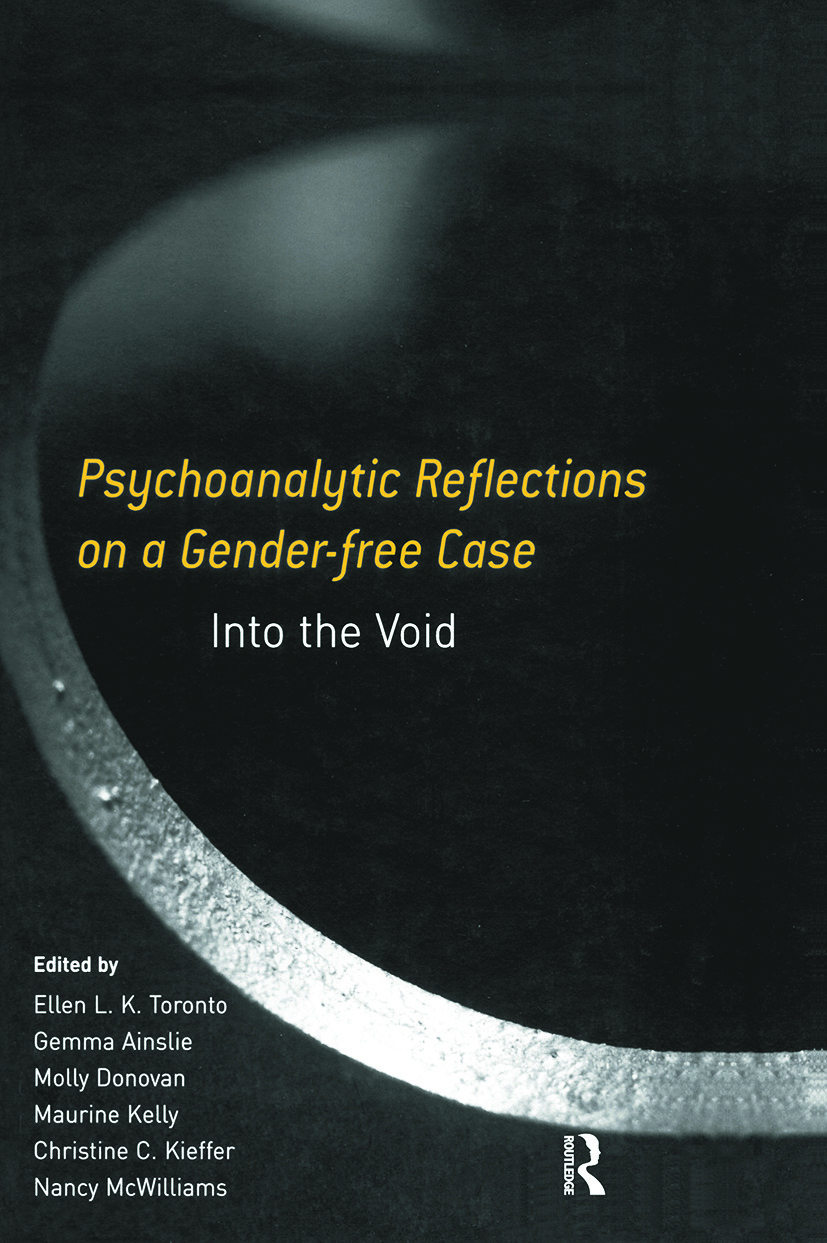 Psychoanalytic Reflections on a Gender-free Case

Into the Void, 1st Edition

The past two decades of psychoanalytic discourse have witnessed a marked transformation in the way we think about women and gender. The assignment of gender carries with it a host of assumptions, yet without it we can feel lost in a void, unmoored from the world of rationality, stability and meaning. The feminist analytic thinkers whose work is collected here confront the meaning established by the assignment of gender and the uncertainty created by its absence.

The contributions brought together in Psychoanalytic Reflections on a Gender-free Case address a cross-section of significant issues that have both chronicled and facilitated the changes in feminist psychoanalysis since the mid 1980s. Difficult issues which have previously been ignored (such as the pregnancy of the therapist or sexual abuse regarded as more than a fantasy) are considered first. The book goes on to address family perspectives as they interact and shape the child’s experience of growing up male or female. Other topics covered are the authority of personal agency as influenced by the language and theory of patriarchy, male-centred concepts that consistently define women as inferior, and the concept of gender as being co-constructed within a relationship.

The gender-free case presented here will fascinate all psychoanalysts interested in exploring ways of grappling with the elusive nature of gender, as well as those studying gender studies.

Ellen L. K. Toronto is a founding member and past president of the Michigan Psychoanalytic Council, and is in private practice in Ann Arbor, Michigan.

Gemma Ainslie practices psychoanalysis and psychotherapy in Austin, Texas, and is Vice-President of the Austin-San Antonio Psychoanalytic Society.

Molly Donovan is a psychologist in private practice in Washington, DC, and is on the faculty at both the Georgetown University Medical School and the George Washington University.

Maurine Kelly practices psychoanalysis and psychotherapy in Bethesda and Silver Spring, Maryland, and is on the faculties of the Washington School of Psychiatry and the George Washington University.

Christine C. Kieffer is a Child/Adolescent and Adult psychoanalyst on the faculty of the Chicago Institute for Psychoanalysis.

Nancy McWilliams teaches for the Graduate School of Applied and Professional Psychology at Rutgers University and for several psychoanalytic institutes.