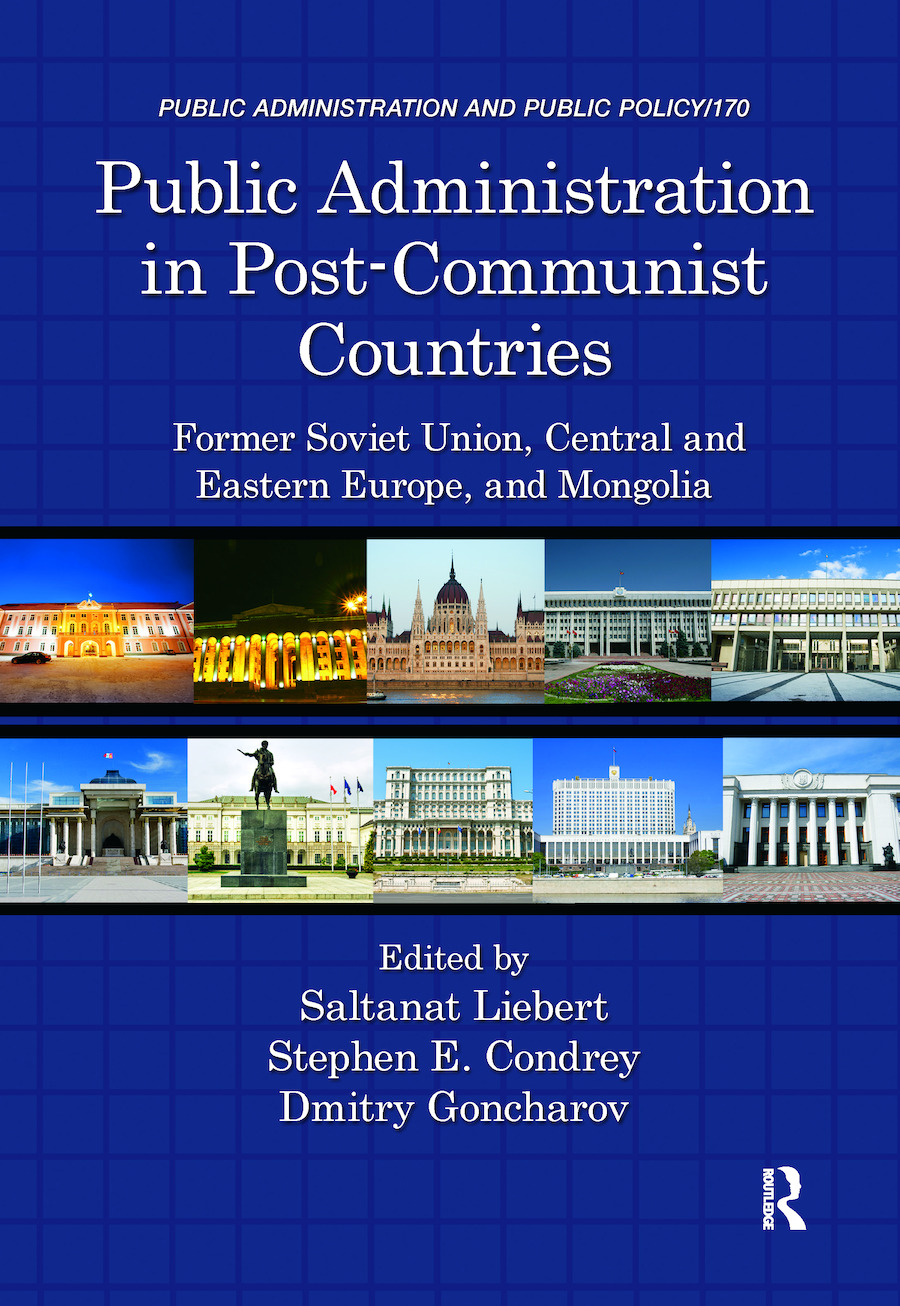 Although it has been more than 20 years since Communism crumbled in Central and Eastern Europe and the Soviet Union, many scholars and politicians still wonder what the lifting of the Iron Curtain has really meant for these former Communist countries. And, because these countries were largely closed off to the world for so long, there has yet to be an all-inclusive study on their administrative systems—until now.

In Public Administration in Post-Communist Countries: Former Soviet Union, Central and Eastern Europe, and Mongolia, expert contributors supply a comprehensive overview and analysis of public administration in their respective post-Communist countries. They illustrate each country’s transformation from an authoritarian system of governance into a modern, market-based, and in some cases, democratic government.

The book covers the countries that were officially part of the Soviet Union (Russia, Ukraine, Moldova, Estonia, Lithuania, Georgia, Kazakhstan, and Kyrgyzstan); those that were theoretically independent but were subject to Soviet-dominated Communist rule (Bulgaria, Hungary, Romania, and Poland); as well as a satellite republic that was under significant Soviet influence (Mongolia).

Each chapter includes a brief introduction to the specific country, an overview of politics and administration, and discussions on key aspects of public management and administration—including human resource management, public budgeting, financial management, corruption, accountability, political and economic reform, civil society, and prospects for future development in the region. The book concludes by identifying common themes and trends and pinpointing similarities and differences to supply you with a broad comparative perspective.

Republic of Moldova: Toward a European Administration; Lucica Matei

Saltanat Liebert is an Assistant professor at the L. Douglas Wilder School of Government and Public Affairs at Virginia Commonwealth University. Her publications have appeared in journals such as Public Administration Review, Journal of Central Asian Studies, and Central Eurasian Studies Review, as well as in edited volumes including Migration and Remittances: Eastern Europe and the Former Soviet Union (World Bank), Trafficking and the Global Sex Industry (Lexington Books), and In the Tracks of Tamerlane: Central Asia’s Path to the 21st Century (National Defense University Press). Her first book, Irregular Migration from the Former Soviet Union to the United States, was published by Routledge in 2009. Saltanat’s current research interests include civil service reforms in post-Communist countries, corruption, labor migration, and immigration policy. She earned a PhD in Public Administration at American University in Washington, DC.

Dmitry Goncharov is a professor in the department of political science, National Research University Higher School of Economics, Russia. His publications have appeared in Russian journals such as Polisand Poleteia. His current research interests include post-Communist civil society, post-Communist public administration, elections in hybrid regimes, and Russian sub-national politics. He holds a doctor of sciences degree (in political science) from St. Petersburg State University.