Punishment and Crime
The Limits of Punitive Crime Control 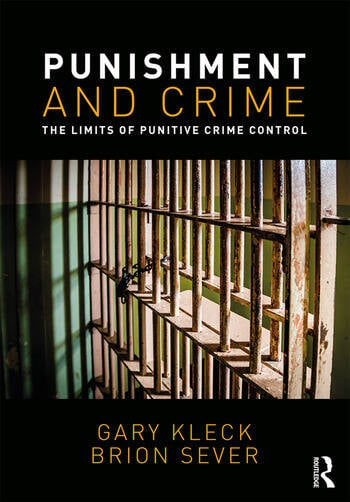 Punishment and Crime: The Limits of Punitive Crime Control

Brion Sever and Gary Kleck, author of the renowned Point Blank: Guns and Violence in America, present a literature review on legal punishment in the United States that is unparalleled in depth and scope. This text is a must-read for students, researchers, and policymakers concerned with the fields of corrections and crime prevention.

Chapter 2 – Theory: The Mechanisms by Which Legal Punishment Might Reduce Crime

Chapter 3 – Deterrence and the Rational Choice Model of Criminal Behavior –

The Case of the Disappearing Theory

of Legal Risk on Criminal Behavior

Chapter 7 – Macro-Level Research on the Effect of Punishment Levels

Chapter 8 - The Impact of Capital Punishment on Murder Rates

- The Short-term Impact of Executions

- The Impact of Publicity about Executions

Chapter 9 – The Missing Link Between Macro-Level and Individual-Level Effects: The

Impact of Macro-level Punishment Levels on Individual Perceptions of Legal

Chapter 10 – Incapacitative Effects of Incarceration and the Impact of Imprisonment

Retribution – The Thirst that Can Never be Quenched 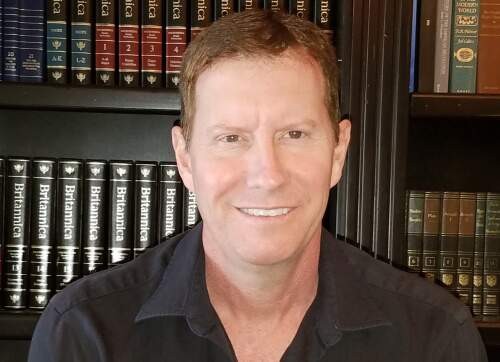 'Punishment and Crime is a monumental contribution to our understanding of the effects of punishment-oriented crime policies on criminal behavior. Co-authors Gary Kleck and Brion Sever offer a rigorous systematic analysis of the theories of deterrence and incapacitation, along with other rationales for punishment. In crystal clear language, the authors provide valuable insights into the subtle variations within, for example, the theory of deterrence, and also the complex methodological issues that affect studies of punishment theories. Most important, the co-authors carefully weigh the major theories against the evidence related to their effectiveness. In the current national reassessment of this country’s decades-long plunge into massive use of incarceration, Punishment and Crime commands the attention of everyone who seeks to speak knowledgeably about the subject.' – Samuel Walker, Emeritus Professor, School of Criminology and Criminal Justice, University of Nebraska, Omaha

'Kleck and Sever have given scholars interested in deterrence, punishment, and crime everything we could have hoped for in one package: a comprehensive, systematic review of the empirical evidence on all matters related to one of criminology’s most central perspectives. Read this book.' – Alex R. Piquero, Ashbel Smith Professor of Criminology, The University of Texas at Dallas

'Punishment and Crime provides a comprehensive, compelling and challenging assessment of the assumptions, theoretical expectations and empirical evidence relating to all aspects of the debate over the deterrent effects of punishment. The issues are so basic to the field of criminology and the policies of crime control that it is a must-read for scholars, researchers, policy analysts, and policy makers alike. Kleck and Sever have likely changed how these issues are discussed and thought about from this point forward.' – Ted Chiricos, William Julius Wilson Professor of Criminology, Florida State University

'Gary Kleck’s Punishment and Crime fills two major criminological needs. It offers a nuanced and sophisticated assessment of rational choice theory that addresses both its theoretical coherence and empirical support (or lack thereof), and a methodologically rigorous appraisal of the empirical evidence regarding the impact criminal sanctions such as imprisonment and capital punishment have on crime. Building on this analysis, Kleck develops a critique of American penal policy and lays out proposals for reform. Every criminologist concerned with crime causation theory or penal policy needs to read this book.' – David F. Greenberg, Professor of Sociology, New York University

'This is a comprehensive summary of research on punishment, stressing the pitfalls in research design and incompleteness of theory. Important concerns are the assumptions behind regression designs, the meaningfulness of interview responses in individual-level research, and causal order (simultaneity) difficulties in all types of research. The book should be the starting point for those planning a research project involving punishment and for those evaluating others' research.' – Thomas Marvell, Justec Research