The book highlights the connection between Gauss’s theory of binary forms and the arithmetic of quadratic orders. It collects essential results of the theory that have previously been difficult to access and scattered in the literature, including binary quadratic Diophantine equations and explicit continued fractions, biquadratic class group characters, the divisibility of class numbers by 16, F. Mertens’ proof of Gauss’s duplication theorem, and a theory of binary quadratic forms that departs from the restriction to fundamental discriminants. The book also proves Dirichlet’s theorem on primes in arithmetic progressions, covers Dirichlet’s class number formula, and shows that every primitive binary quadratic form represents infinitely many primes. The necessary fundamentals on algebra and elementary number theory are given in an appendix.

Research on number theory has produced a wealth of interesting and beautiful results yet topics are strewn throughout the literature, the notation is far from being standardized, and a unifying approach to the different aspects is lacking. Covering both classical and recent results, this book unifies the theory of continued fractions, quadratic orders, binary quadratic forms, and class groups based on the concept of a quadratic irrational.

Appendix A: Review of Elementary Algebra and Number Theory
Appendix B: Some Results from Analysis

Franz Halter-Koch retired as a professor of mathematics from the University of Graz in 2004. A member of the Austrian Academy of Science, Dr. Halter-Koch is the author/coauthor of roughly 150 scientific articles, author of Ideal Systems: An Introduction to Multiplicative Ideal Theory, and coauthor of Non-Unique Factorizations: Algebraic, Combinatorial and Analytic Theory. His research focuses on elementary and algebraic number theory, non-unique factorizations, and abstract multiplicative ideal theory.

"… [a] successful attempt to present a cohesive treatment of several important topics in classical number theory by first developing a theory of quadratic irrationals and then building on that to show how the other topics reflect different faces of this theory. … works best as a monograph for those who are already familiar with some parts of the material covered here and would like to see other approaches. … it does include a better selection of numerical examples than is found in most books, and it has a number of applications to other areas such as diophantine equations."
—Allen Stenger, MAA Reviews, January 2014

"…comprehensive text dealing with the theory of binary quadratic forms. … one of the main interests of this book is that it gathers a lot of important results which are generally strewn throughout the literature and are quite difficult to access. This text is quite clear and some exercises and examples are scattered throughout the book. I therefore think that it will find many interested readers within the international mathematical community."
— Olivier Bordellès, Mathematical Reviews Clippings, December 2013 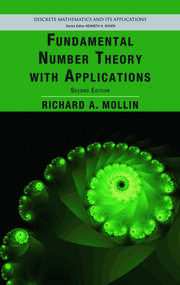 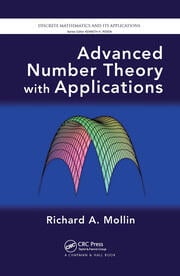 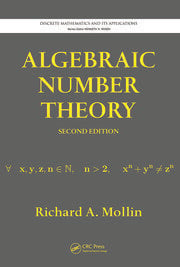