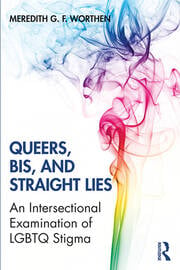 Though there have been great advances for LGBTQ people in recent years, stigma, intolerance, and prejudice remain. Queers, Bis, and Straight Lies: An Intersectional Examination of LGBTQ Stigma offers an in-depth exploration of LGBTQ negativity through its ground-breaking use of Norm-Centered Stigma Theory (NCST), the first ever theory about stigma that is both testable and well-positioned in existing stigma scholarship.

Based on research with more than 3,000 respondents, hetero-cis-normativity and intersectionality are highlighted as fundamental in understanding separate but interconnected discussions about LGBTQ individuals’ experiences with discrimination, harassment, and violence. With chapters dedicated to lesbian women, gay men, bisexual women, bisexual men, trans women, trans men, non-binary/genderqueer people, queer women, and queer men, Queers, Bis, and Straight Lies brings together empirically-driven findings that work toward dismantling "straight lies" in an innovative and impactful manner.

Through its novel and critical approach, Queers, Bis, and Straight Lies is the ideal resource for those who want to learn about LGBTQ stigma more broadly and for those who seek a nuanced, theory-driven, and intersectional examination of how LGBTQ prejudices and prejudicial experiences differ by gender identity, sexual identity, race/ethnicity, and class.

Meredith G. F. Worthen is a professor of sociology. Her main interests are in the sociological constructions of deviance and stigma, gender, sexuality, and LGBTQ identities, as well as feminist and queer criminology. As a researcher, teacher, and activist, her work dissects multiple dimensions of prejudice in efforts to cultivate understanding, empathy, and social change. 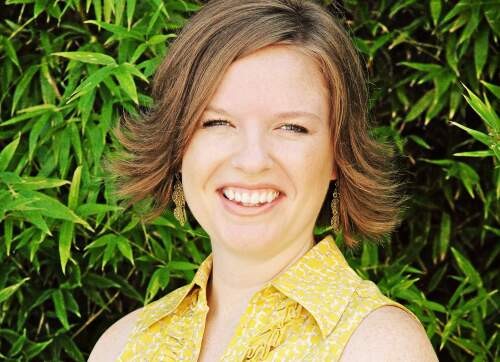 "For the first time, we have a book that takes a novel look at LGBTQ discrimination. Using an intersectional lens, Meredith Worthen offers both a new theory of stigma and a method for investigating how the intersections between hetero-cis-normativity, gender/sexuality, and racial/ethnic identities relate to differences in the stigmatization of a whole array of different queer identities. The elegance of the argument, breadth of scholarship marshalled, and the author's crisp and engaging writing make this book a pleasurable read for beginners and experts alike."

"Meredith Worthen has done us an invaluable service—providing the first detailed roadmap for developing a true science that can challenge the kind of social stigmas with which every queer is all too familiar."

Riki Wilchins, author of TRANS/gressive and Burn the Binary!

"Despite hard-earned progressive social change that has enhanced the status and welfare of LGBTQ people, they are still stigmatized. Queers, Bis, and Straight Lies is a must read if you want to understand the cultural sources of that stigma, how LGBTQ stigma manifests in the lives of the stigmatizers and the stigmatized, and the constancy and variation in the stigmatization of lesbian women, gay men, bisexual women, bisexual men, trans men, trans women, non-binary and genderqueer people, queer women and queer men. This book scores on multiple fronts: it provides an encyclopaedic treatment of what is known about LGBTQ stigma; it advances an innovative theory of LGBTQ stigma, Norm-Centered Stigma Theory; it draws on original survey data to test the theory and, as a result, presents a dizzying array of provocative empirical findings; and it ultimately enables us to understand the intersectional nature of LGBTQ stigma. The result is a significant advancement in stigma research and an empirically grounded unpacking of the complicated ways LGBTQ stigma is anchored by hetero-cis-normativity that interfaces with gender, race and ethnicity, social class, and other axes of social stratification. Seen in this way, this book begins as a sociological study of stigma, but it turns out to be more than that. It is a compelling treatise on power, including the power to define social types, and the production of social differentiation connected to prejudice, discrimination, and violence."

"This book is essential reading for people looking for a powerful theory on stigma that helps explain the lives of LGBTQ people. Based on extensive research, the author fastidiously details LGBTQ groups’ and individuals’ experiences with discrimination, harassment and violence. Criminologists, especially those with a special interest in in LGBTQ welfare, will want this book for themselves and for their students. Included are scales for measuring stigma and other important, and validated, resources. It’s a relief to have study that is both a practical and scholarly approach to this important issue."

of Sociology, University of Washington.

"Finally, a look at stigma that disaggregates the experiences of nine subgroups within the LGBTQ+ community, including bisexual, pansexual, queer, non-binary people, and does so through an intersectional lens! This book not only covers stigmatizing attitudes and perspectives, but also LGBTQ+ people's experiences with discrimination, harassment, and violence."Robyn Ochs, Speaker and LGBTQ+ Advocate, Editor, Bi Women Quarterly

This book’s deep dive into anti-LGBTQ stigma reveals why the topic remains fundamentally important, despite recent gains in equality. Theoretically informed and with exacting analyses, this book challenges popular discourses about who LGBTQ people are, what they experience, and why.