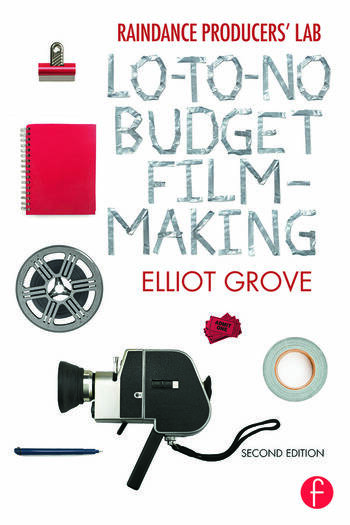 Covering both tried and true filmmaking techniques as well as insight on marketing, selling, and distributing your film, Raindance Producers’ Lab, Second Edition is the ultimate independent filmmaker’s guide to producing movies. This edition has been updated to include:

The verdict is in: if you’re looking for a clear-cut, no-nonsense approach to micro-budget filmmaking and producing, Elliot Grove’s wealth of teaching and filmmaking experience combined with winning formulas for marketing and promotion make this book a must-have one-stop shop for filmmakers!

Elliot Grove currently teaches professional screenwriting and filmmaking courses internationally, and in 2009 Open University awarded him an Honorary Doctorate for his contribution to education. In May 2013, not long after launching Raindance Raw Talent—a production company devoted to producing movies that follow the Raindance producing principals—Elliot wrapped his first movie: Love.Honour.Obey.

"Raindance Producers’ Lab, Second Edition is truly a handbook for the modern filmmaker. It is incredibly comprehensive, a soup to nuts guide on making a low budget film. AND, as an added bonus, it will keep you up-to-date on the latest social media, digital, and self-distribution options for your film!"

"Raindance Film Festival has arrived, survived and thrived for 21 years because its founder (and this book's author) is a scrappy, charismatic, street-savvy guy whose vocabulary does not include the word ‘can't.’ This is the attitude he promotes in his book loaded with hundreds of hard earned lessons from every nook and cranny of filmmaking’s development, production, and distribution processes. To get an indie film made and distributed, you have to know a lot of tricks. Elliot knows them all, and then some. Kudos to him for his generosity in sharing them."