Re-thinking the Political Economy of Immigration Control
A Comparative Analysis 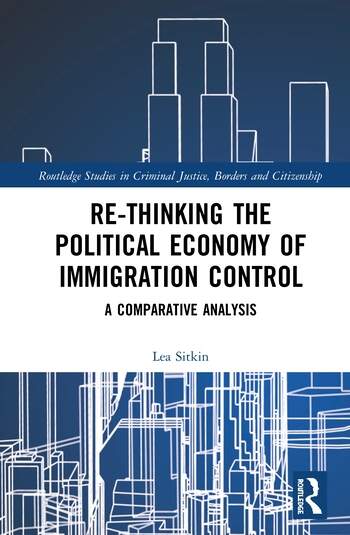 Re-thinking the Political Economy of Immigration Control: A Comparative Analysis

This book offers a systematic exploration of the changing politics around immigration and the impact of resultant policy regimes on immigrant communities. It does so across a uniquely wide range of policy areas: immigration admissions, citizenship, internal immigration controls, labour market regulation, the welfare state and the criminal justice system. Challenging the current state of theoretical literature on the ‘criminalisation’ or ‘marginalisation’ of immigrants, this book examines the ways in which immigrants are treated differently in different national contexts, as well as the institutional factors driving this variation. To this end, it offers data on overall trends across 20 high-income countries, as well as more detailed case studies on the UK, Australia, the USA, Germany, Italy and Sweden. At the same time, it charts an emerging common regime of exploitation, which threatens the depiction of some countries as more inclusionary than others.

The politicisation of immigration has intensified the challenge for policy-makers, who today must respond to populist calls for restrictive immigration policy whilst simultaneously heeding business groups’ calls for cheap labour and respecting legal obligations that require more liberal and welcoming policy regimes. The resultant policy regimes often have counterproductive effects, in many cases marginalising immigrant communities and contributing to the growth of underground and criminal economies. Finally, developments on the horizon, driven by technological progress, threaten to intensify distributional challenges. While these will make the politics around immigration even more fraught in coming decades, the real issue is not immigration but the loss of good jobs, which will have serious implications across all Western countries.

This book will appeal to scholars and students of criminology, social policy, political economy, political sociology, the sociology of immigration and race, and migration studies.

Introduction;  1. Developing the New Political Economy of Immigration Policy:  Common Themes, Common Challenges;  2. The Illegalisation Dynamic;  3. Fashioning Exploitable Migrant Workers: How Host-Country Policies Make Regular Immigrants Vulnerable to Exploitation;  4. What’s New in Immigration Policy?;  5. The Trilemma: Low-Wage Jobs, Unemployment or the Underground Economy;  6. Immigrant Domestic Workers Across the Varieties of Capitalism;  7. The Impacts of Immigration on the German Construction Industry;  8. From Post-Fordist to Post-Human Economies: A Look to the Future

"In this wide-ranging, theoretically sophisticated yet subtly nuanced comparative analysis of immigration control, and of state failure to enforce labour market protections in relation to migrants, Lea Sitkin makes a decisive contribution to our understanding of the political economy of immigration regulation. This book should be read not only by lawyers and criminologists but also by political scientists and social policy scholars."