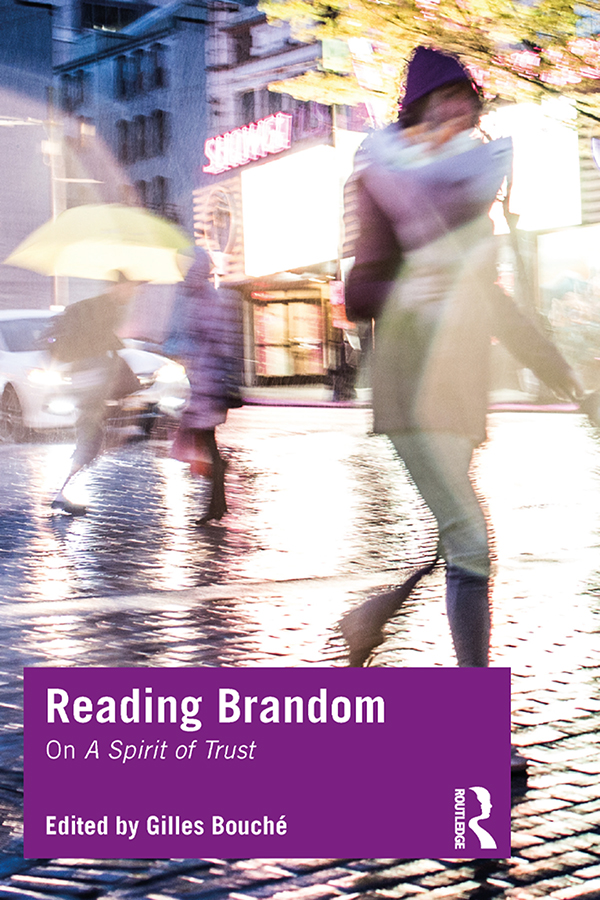 On A Spirit of Trust, 1st Edition

Robert Brandom’s rationalist philosophy of language, expounded in his highly influential Making It Explicit, has been the subject of intense scrutiny and debate, establishing him as one of the leading philosophers of his generation. In A Spirit of Trust, Brandom presents the fruits of his thirty-year engagement with Hegel. He submits that the Phenomenology of Spirit holds not only many lessons for today’s philosophy of language, but also a moral lesson much needed in today’s increasingly polarized societies, in the form of a postmodern ethics of trust.

In this outstanding collection, leading philosophers examine and assess A Spirit of Trust. The twelve specially commissioned chapters explore topics including:

A Spirit of Trust isessential reading for all students and scholars of Brandom's work and those in philosophy of language. It will also be important reading for those studying nineteenth-century philosophy, particularly Hegel and the Phenomenology of Spirit.

1. Brandom on Hegel on Negation Robert B. Pippin

3. Brandom on the Introduction to the Phenomenology John McDowell

4. The Possibility of a Semantic Interpretation of Hegel’s Conception of Consciousness Paul Redding

5. Where is the Conflict in Brandom’s Theory of Recognition (and Why Should There Be Any)? Georg W. Bertram

Part 2: With an Edifying Intent

8. Is Brandom a Positivist? Notes on Alienation, Trust, Confession, and Forgiveness J.M. Bernstein

9. Spirit and Alienation in Brandom’s A Spirit of Trust: Entfremdung, Entäußerung, and the Causal Entropy of Normativity Italo Testa

10. A Pure Philosophy of Language with an Edifying Intent: Brandom’s Reply to Rorty Gilles Bouché