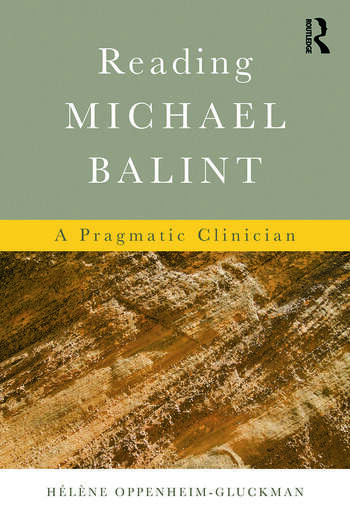 Michael Balint is above all known for the "Balint Groups", which came to be a generic term for groups involved with the training of doctors and caregivers in the patient-caregiver relationship. Despite this, the origin and full import of his work has been somewhat overlooked. Hélène Oppenheim-Gluckman provides us with a concise account of how reading Balint has enriched psychoanalytic theory and its practice by broadening the indications for the psychoanalytic cure and the debate on psychotherapies and the training to the professional care-giver-patient relation.

Reading Michael Balint: A pragmatic clinician shows how Balint must be considered as one of the major figures in the British Independent School of psychoanalysis, along with Winnicott and Fairbairn.  Oppenheim-Gluckman argues that his ideas, and the implications of his work with groups of medical practitioners, have remained hugely influential within modern psychoanalysis and training in medical psychology.

Reading Michael Balint presents a clear overview of the main tenets of his work. It provides a fresh perspective on Balint’s contribution and its importance for modern object relations theory and practice and brief psychotherapy. It will be an invaluable resource for psychoanalysts, psychoanalytic psychotherapists, counsellors and trainee psychoanalysts and doctors.

is a psychiatrist and psychoanalyst, and has a doctorate in fundamental psychopathology and practises in Paris. She is a member of the Société de Psychanalyse Freudienne, the Société Médicale Balint, and a Balint Group "leader". She has published several books and a number of articles in psychoanalytic, medical, psychiatric and political-cultural journals.

Introduction; Balint as a psychoanalyst: An Heir of Sandor Ferenczi; Balint and the practice of the classical psychoanalytic treatment; The training of psychoanalysts; Applied psychoanalysis: The question of psychotherapies; Balint groups; Conclusion.

Hélène Oppenheim-Gluckman, MD, PhD is a psychiatrist and psychoanalyst in practice in Paris. She is a member of the Société de Psychanalyse Freudienne, the Société Médicale Balint, and a Balint Group "leader". She was also associate researcher in INSERM Unit 669. Her work concernes the psychic effects of coma and brain lesions, trauma relating to somatic diseases and disabilities, the relationship between psychoanalysis and medicine and beetween psychotherapy and psychoanalysis, the trans-generational transmission of trauma and values and the transmission of psychoanalysis. She has published several books and a number of articles in psychoanalytic, medical, psychiatric and political-cultural journals. 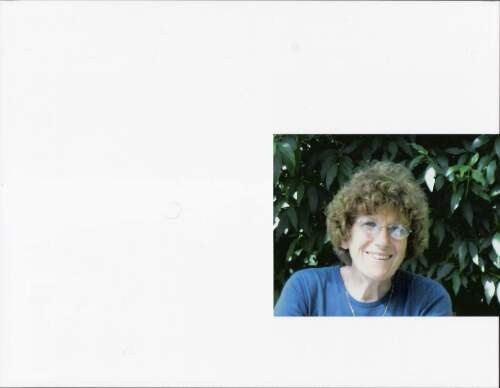 ‘As Hélène Oppenheim-Gluckman tells us in Reading Michael Balint, he is above all known for the "Balint groups" and the training of general practitioners in the doctor-patient relationship to help them understand their patients and themselves. As a general practitioner myself, I indeed found the chapters on Balint groups a masterpiece of knowledge and wisdom. But not only these chapters were enlightening for me; reading this book made me also appreciate and easily understand other concepts of Michael Balint, which are all relevant for the practice of any clinician, not only psychoanalysts. I greatly enjoyed reading this book and I felt that I learned a good deal. It also rekindled my enthusiasm in Balint groups. I think and hope that it might do the same for you.’ - Andre Matalon, Chair of the Department of Family Medicine, Rabin Medical Center, Israel; affiliated to the Sackler School of Medicine, Tel-Aviv University and former President of the Israel Balint Society

‘This able and thorough book by Hélène Oppenheim-Gluckman provides valuable insight into Balint's work and its coherence. It still has relevance today for reflection among psychoanalysts confronted with patients who are borderline for the indication of full psychoanalytic cure, coping with the issues arising from psychotherapies, and wishing to develop working relationships with other medical disciplines. Hélène Oppenheim-Gluckman's free-thinking approach will be particularly useful for students in psychology and psychoanalysts in training to enable them to develop their skills and critical abilities.’ - Patrick Guyomard, psychoanalyst, vice-president of the Société de Psychanalyse Freudienne and emeritus professor of psychology in Paris VII University, France

This is a remarkable book by Hélène Oppenheim-Gluckman, who herself has a longstanding interest and experience in Balint groups in France. She traces carefully Michael Balint’s different contributions to analysis. From his Hungarian roots as a disciple of Ferenczi - she discusses Balint’s texts, where he leans strongly on Ferenczi - and Balints development in all its richness after his emigration in 1939 to England.

As psychoanalysts we might still find useful Balints ideas about "primary love", "basic fault", "ocnophils" and "philobats" and also about "benign" and "malignant" regression, though, as Oppenheim-Gluckman writes, they are not any more very known. Nevertheless some of Balints case examples seem to be very modern, seen in the light of "now-moment" (Stern) for instance.

These contributions and Balint’s reference to Ferenczi are described and valued in the first part of the book, while the second part deals mainly with Balint’s work on short term analytic psychotherapy, developed in the "focal therapy workshop", and his work with general practitioners, the original "Balint groups".

Balints "workshop", together with Malan, is the cradle of psychoanalytic short term psychotherapies, developed further and later on by others, Klüwer for ex., or Luborsky (in the German region). H.Oppenheim-Gluckman describes the "workshop" and his aims, to develop a short term analytic psychotherapy as well as to exercise research on it. Also the development of a technique, that may allow to provide a sudden and intense moment of understanding between patient and doctor (or nurse, or social worker etc.), the "flash technique".

Then follow the "Balint groups", Balint’s probably most fruitful legacy: We become witnesses of the first Balint groups, the way they were designed, advertised, flourished, what were the difficulties and deadlocks. H.Oppenheim-Gluckman observes, describes, takes part in, clarifies.

A refreshing book, which contains historical aspects and the description of Balint’s most important ideas, these are subject to actual validation by the author.

I recommend it warmly to psychoanalysts or psychoanalysts in training as well as to psychiatrists, teachers, lawyers, doctors in psychosomatic medicine, social workers, nurses, everybody who is interested in the "helping relationship" in helping professions. - Dr. med. Bettina Jesberg, Psychiatrist, Psychosomatic Medicine, Psychoanalyst, Training Analyst DPG, DGPT, IPA; works in her own practice in Berlin, Germany

"A valuable contribution to the ongoing renewal of interest in Michael Balint. This survey of his writings situates Balint in relation both to Ferenczi and Freud, and to his colleagues in the British Psychoanalytical Society and the Tavistock Clinic. Charting the development of Balint¹s thought as a psychoanalyst, as a psychiatrist, and as a trainer of doctors and psychotherapists, Hélène Oppenheim-Gluckman provides reference points and a road map, by which to navigate the twists and turns of Balint¹s multi-faceted work." - Michael Parsons, British Psychoanalytical Society, French Psychoanalytic Association.