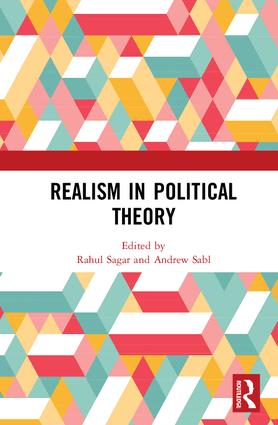 Over the past decade, an intellectual movement known as "realism" has challenged the reigning orthodoxy in political theory and political philosophy. Realists take issue with what they see as the excessive moralism and utopianism associated with prominent philosophers like John Rawls, Ronald Dworkin, and G.A. Cohen; but what they would put in its place has not always been clear. The contributors to this volume seek to bring realism into a new phase, constructive rather than merely combative. To this end they examine three distinct kinds of realism. The first seeks to place questions of feasibility at the center of political theory and philosophy; the second seeks to reorient our interpretations of key works in the canon; the third seeks new interpretations or specifications of prominent ideologies such as liberalism, radicalism, and republicanism such that they no longer rely on abstract or systematic philosophic systems. Contributors include: David Estlund, Edward Hall, Alison McQueen, Terry Nardin, Philip Pettit, Janosch Prinz, Enzo Rossi, Andrew Sabl, Rahul Sagar, and Matt Sleat.

The chapters originally published as a special issue of Critical Review of International Social and Political Philosophy.

2. Ethics, morality and the case for realist political Theory

3. Political realism and the realist ‘Tradition’

4. The new realism and the old

Andrew Sabl is Orrick Fellow and Visiting Professor in the Program on Ethics, Politics and Economics, Yale University.