Recent Advances in Decolorization and Degradation of Dyes in Textile Effluent by Biological Approaches outlines various eco-friendly, cost effective methods for removal of toxic textile dyes. Large amounts of dye are unbound and released into the environment due to inefficient dyeing processes. The release of wastewater containing dye into the environment has several adverse effects as it is toxic, mutagenic and has other undesirable effects on living organisms. Hence, it is necessary to remove these dyes from industrial effluents to have a sustainable environment. This book deals with conventional as well as advanced effective treatment methods for the removal of dyes in order to increase the domain knowledge of readers.

Professor Singh guided 25 students for their Ph.D. His main areas of research are Nutraceutical Biochemistry, Environmental Biotechnology and Toxicology. He published 84 research papers in National and International journals and attended various scientific conferences and chaired scientific/technical sessions. Professor Singh edited four book entitled "New and Future Developments in Microbial Biotechnology and Bioengieering: From Cellulose to Cellulase: Strategies to Improve Biofuel Production (Elsevier, 2019)"; "Advances in Biological Treatment of Industrial Waste Water and their Recycling for Sustainable Future (Springer Nature, 2019)"; Biotechnology for Sustainable Agriculture: Emerging approaches and strategies (Elsevier, 2018); Principles and Applications of Environmental Biotechnology for a Sustainable Future (Springer Nature, 2017)" and contributed 14 chapters in various books published by International publishers. He is on the panel of experts in academic bodies and selection committees of various universities and funding agencies. Professor Singh delivered a number of invited/expert talks and popular lectures related to environmental biotechnology/nutraceuticals/ toxicology issues on various National and International forums. He is office bearer and life member of several learned societies like, Society of Toxicology (India), Society of Biological Chemists (India), Indian Science Congress Association, Indian Council of Chemists and Association of Food Scientists and Technologists (India). He has been honoured as Best Teacher by International Association of Lions Clubs in 1999. Professor Singh has been awarded IUTOX Senior Fellowship by International Union of Toxicology during XI International Congress of Toxicology at Montreal, Canada in 2007. He has been conferred with ‘Shikshak Shree Samman’ by Government of Uttar Pradesh in 2012. Professor Singh has been admitted to the Fellowships of the Society of Toxicology, India in 2011 and Academy of Environmental Biology, India in 2015.

Mr. Pradeep Kumar Singh is presently working as Guest Lecturer in Biotechnology Programme at Dr. Rammanohar Lohia Avadh University, Ayodhya, since 2011. He completed his master’s degree in biotechnology from Chhatrapati Shahu Ji Maharaj University, Kanpur, in 2009, and worked as Senior Research Fellow in UPCAR-sponsored project entitled "Development of early ripening varieties and hybrid varieties of mustered, sunflower, maize and millet in U.P." at Chandra Shekhar Azad University of Agriculture & Technology Kanpur, India, from December, 2010 to March, 2011. He joined the Department of Biochemistry at Dr. Rammanohar Lohia Avadh University, Ayodhya in 2015 for his Ph.D. and working on bacterial decolorization of textile dyes. Mr. Singh qualified several national exams such as CSIR UGC NET in Life Sciences, ASRB ICAR NET in Basic Plant Science and Agricultural Biotechnology and GATE in Life Sciences. He published 5 research papers in peer-reviewed journals and 6 book chapters published by international publishers such as Springer Nature and Elsevier. He participated in various national and international scientific conferences and symposia and presented 6 research papers. He has guided 14 postgraduate students for their dissertation work.

Dr. Rajat Pratap Singh is presently working as Guest Lecturer in Biotechnology Programme at Dr. Rammanohar Lohia Avadh University, Ayodhya since 2008. He completed his Master’s degree in Biochemistry from Dr. Rammanohar Lohia Avadh University, Ayodhya in 2005 and worked as Junior Research Fellow in DBT sponsored project entitled "Development of sustainable management strategies for the control of Parthenium weeds using biotechnological approaches in U.P." at ICAR - National Bureau of Agriculturally Important Microorganisms, Mau, India from 2005 to 2008. He joined the Department of Biochemistry at Dr. Rammanohar Lohia Avadh University, Ayodhya in 2010 and worked extensively on microbial decolorization of textile effluents and has been awarded Ph.D. degree in 2015. Dr. Singh qualified several national exams such as CSIR UGC NET, ASRB ICAR NET and GATE. Recently, Dr. Singh edited one book entitled "Advances in Biological Treatment of Industrial Waste Water and their Recycling for a Sustainable Future" (Springer Nature Publishing). He published 6 research papers in peer reviewed journals and 7 book chapters published by International publishers such as Springer Nature and Elsevier. He participated in various National and International scientific conferences and symposia, and presented 16 research papers. Dr. Singh also participated in 3 national training programmes related to microbial diversity analysis and identification of agriculturally important microorganisms. He has guided 14 postgraduate students for their dissertation work. 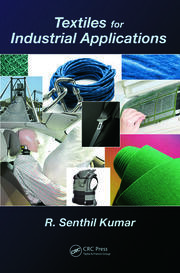 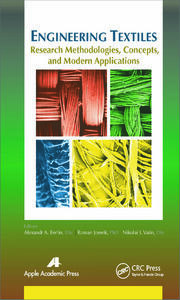 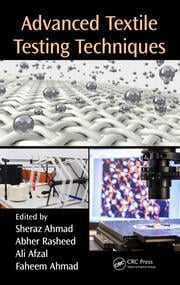