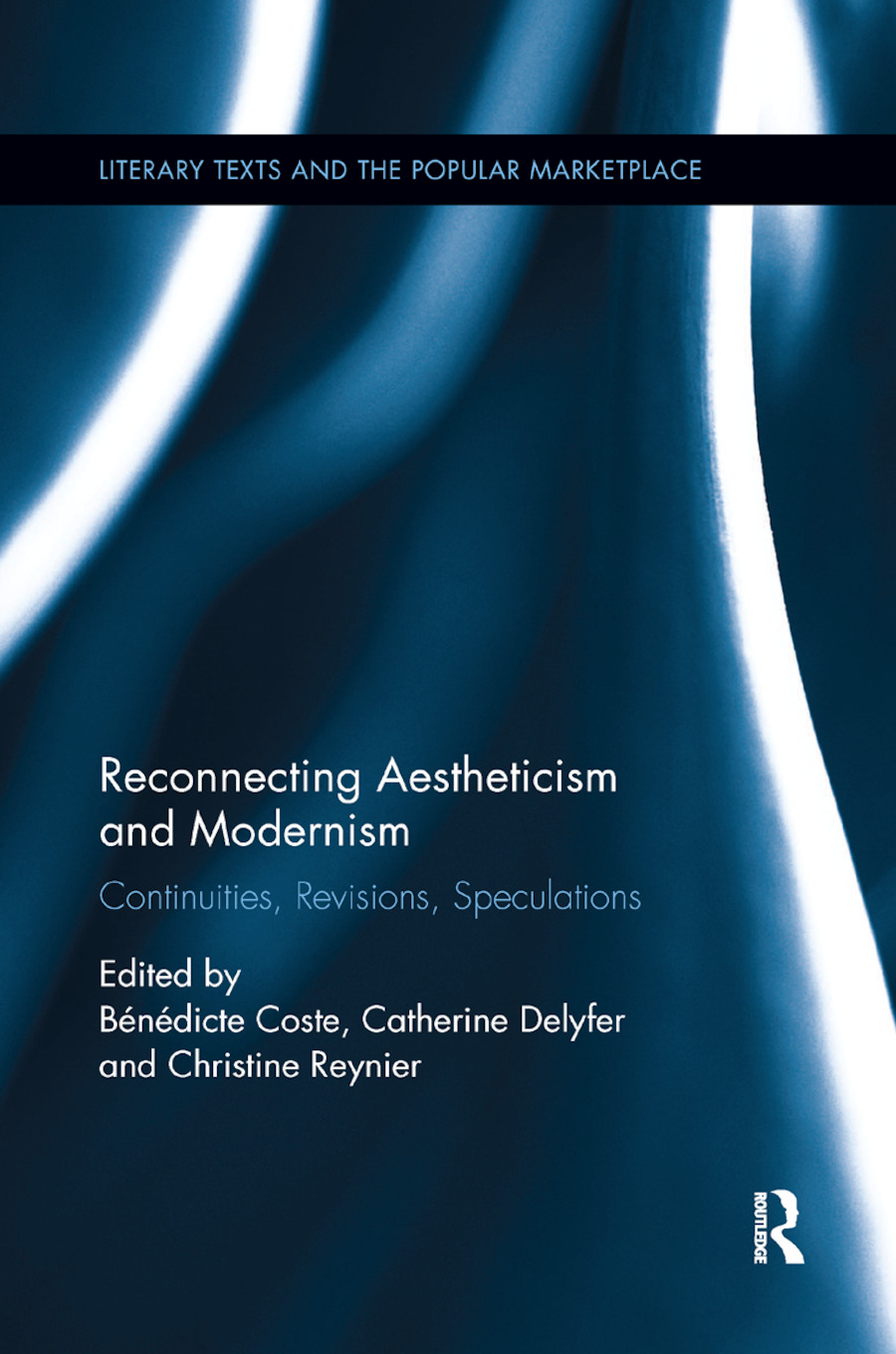 Charting the period that extends from the 1860s to the 1940s, this volume offers fresh perspectives on Aestheticism and Modernism. By acknowledging that both movements had a passion for the ‘new’, it goes beyond the alleged divide between Modernism and its predecessors. Rather than reading the modernist credo, ‘Make it New!’, as a desire to break away from the past, the authors of this book suggest reading it as a continuation and a reappropriation of the spirit of the ‘New’ that characterizes Aestheticism. Basing their arguments on recent reassessments of Aestheticism and Modernism and their articulation, contributors take up the challenge of interrogating the connections, continuities, and intersections between the two movements, thus revealing the working processes of cultural and aesthetic change so as to reassess the value of the new for each. Attending to well-known writers such as Waugh, Woolf, Richardson, Eliot, Pound, Ford, Symons, Wilde, and Hopkins, as well as to hitherto neglected figures such as Lucas Malet, L.S. Gibbon, Leonard Woolf, or George Egerton, they revise assumptions about Aestheticism and Modernism and their very definitions. This collection brings together international scholars specializing in Aestheticism or Modernism who push their analyses beyond their strict period of expertise and take both movements into account through exciting approaches that borrow from aesthetics, philosophy, or economics. The volume proposes a corrective to the traditional narratives of the history of Aestheticism and Modernism, revitalizing definitions of these movements and revealing new directions in aestheticist and modernist studies.

Part I: Connecting Aestheticism and Modernism

4. From Periphery to Centre: The Female Writer in Walter Pater and Virginia Woolf

6. Wet Aesthetics: Immersion versus the ‘perfect imbecility’ of the Stream in Dorothy Richardson’s Pilgrimage

8. Aestheticism and Utilitarianism. A Victorian Debate and its Critical Legacy

11. The Modernist Trajectory of Economics

12. Speculating on Art in Fin-de-siècle Fiction

Bénédicte Coste is Professor of English at the University of Burgundy, France. She has published on Victorian literature and culture, aestheticism and decadence, Arnold, Pater, Symonds, Wilde and Symons. She is the author of Walter Pater, esthétique (2011); Walter Pater, critique littéraire (2010) and has co-edited Aesthetic Lives (2013).

Catherine Delyfer is Professor of English at the University of Toulouse, France. Her publications focus on fin-de-siècle culture and late-Victorian female writers. She is the author of Art and Womanhood in Fin-de-Siècle Writing: the Fiction of Lucas Malet (2011) and the co-editor of Aesthetic Lives (2013).

Christine Reynier is Professor of English at the University Paul Valéry Montpellier, France. She has published extensively on modernist writers, edited books and journals on Woolf, published a monograph, Woolf's Ethics of the Short Story (2009), and has recently co-edited, Reframing the Modern Short Story, Journal of the Short Story in English 64 (Spring 2015).